Find the Rich, Feed the Poor

According to the Economic Survey, 40-55 per cent of PDS stocks are diverted to the open market 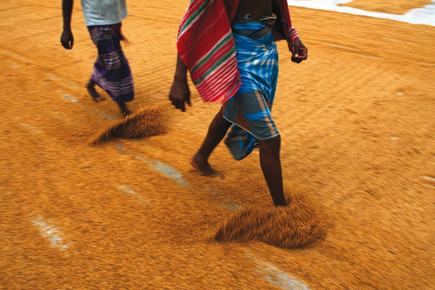 According to the Economic Survey, 40-55 per cent of PDS stocks are diverted to the open market


Identifying the poor is perhaps the most difficult thing about poverty-alleviation programmes in India. To get over this problem, a group of 40 economists has suggested to the Chairperson of the National Advisory Council, Sonia Gandhi, that under the proposed Food Security Act, food should be secured for all citizens except the identifiable rich.

This grand inclusionary recommenda­tion, if implemented, will cover up to 78 per cent of the population. It will certainly make the government popular, but will also leave its finances considerably weaker. In order to reach this larger set of beneficiaries, the economists have also suggested that the Government not restrict itself to the inefficient public distribution system (PDS) but also explore mechanisms like cash subsidies and food coupons. Of course, these mechanisms too can fall prey to corruption. But the economists insist that increasing the number of beneficiaries manifold will itself ensure a more efficient system: “When you have the whole village getting [a] benefit, you create a much greater [economic] interest in the delivery system,” says Nikhil Dey of Mazdoor Kisan Shakti Sangathan (MKSS).

A corrupt PDS and ever-changing definitions of poverty have meant that large swathes of India’s poor are not able to access the intended state-sponsored benefits. Says Parikshit Ghosh, associate professor at the Delhi School of Economics, “If you try to be selective in a country like India, the poorer get shunted out of the system. In order to remove this error of exclusion, we propose near universali­sation.”

Of course, the burden of food security for all will have to be borne by the government. “Our estimates show that the cost of near universal coverage of food security will be Rs 1 lakh crore or about 1.3 per cent of GDP at market prices,” clarifies Bharat Ramaswami, professor, Indian Statistical Institute. But, this amount could spiral up dramatically if the government persists with PDS as the only vehicle of delivery. According to Economic Survey estimates, 40-55 per cent of PDS stocks are diverted to the open market.

“When you try to achieve food security for all, it’s a given that food subsidy will rise,” says Dey of MKSS. The government’s current food subsidy bill is around Rs 60,500 crore. This grand inclusionary scheme will increase the food subsidy bill by about Rs 40,000 crore. But, says Ghosh, “The social and economic benefits are huge, [and] therefore this trade-off is desirable.”