Everyone in the Loop is an Insider Now

If you have any access to unpublished price-sensitive information, watch out 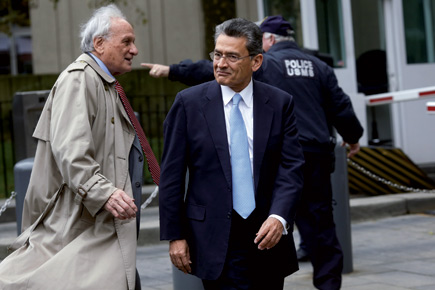 If you have any access to unpublished price-sensitive information, watch out

A SEBI-appointed committee has proposed new rules on insider trading that broaden the scope of those who’d be deemed ‘insiders’. The stockmarket regulator seems keen to address what Prime Minister Manmohan Singh dubbed the “hard to define” problem of insiders who make unfair use of special-access information for stock trading gains.

The malpractice is rampant. Insider traders are hard to catch, and so sleuths on their trail need “additional powers like wiretapping and accessing emails” says Lalit Kumar, partner with J Sagar Associates, a law firm, “to better [their] record of securing criminal convictions for offenders”. Thus far, Sebi’s effort to check this menace has been restricted to the imposition of financial penalties. Prison sentences, as in the US, would be a far more effective deterrent.

While there was little confusion on what constitutes insider trading, Sebi’s scanner has been on corporate executives. By the committee’s proposals, anyone with any link to anyone in possession of ‘Unpublished Price Sensitive Information (UPSI)’ could face a probe. Thus, an insider could be anyone associated with the company in any capacity. It could be a contractual, fiduciary or employment relationship, even a bureaucrat deliberating a ‘proposed change in foreign ownership limit in specific sectors’, or anyone else in a statutory position ‘that allows such person access to UPSI’. Or any of their immediate relatives.

According to Deepak Kapoor, a Delhi-based corporate lawyer, “The legislative intent to broaden the definition of an ‘insider’ is a step in the right direction to bring the regulator’s oversight at par with international best practices.” Instructive here is the Wall Street case of Raj Rajaratnam, who got early word of Warren Buffett’s deal with Goldman Sachs from Rajat Gupta over the phone; this call was tapped, and it served as clinching evidence in the case.

To nab offenders, Sebi will need to sniff around emails and calls. “The Government recently armed Sebi with powers of searchand- seizure and accessing call records, primarily to deal with Ponzi scheme [frauds],” says Kumar, “Sebi will use these powers to investigate insider trading cases as well.” Yet, Sebi’s snooping may raise questions of privacy invasion, even hamper the valid exchange of business emails. “Such sweeping powers should be allowed only in exceptional cases,” cautions Kapoor, “where the quantum of violation crosses a pre-defined materiality threshold.”