Yes, Cyrus Mistry is a surprise choice as the Tata Group’s next chairman. But a closer look suggests that it is an obvious one 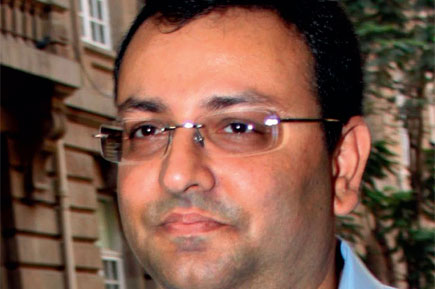 Yes, Cyrus Mistry is a surprise choice as the Tata Group’s next chairman. But a closer look suggests that it is an obvious one


Late night on 22 November, a business client who has worked for 25 years with the Shapoorji Pallonji Mistry Group (turnover: $2.5 billion) called up Cyrus Mistry. “It was a day before it was announced that Cyrus would take over from Ratan Tata as head of the Tata Group [turnover: over $76 billion] in December 2012. I am sure he knew about the decision and must have been preoccupied. But he took my call. More importantly, he acted on what I urged him to do,” marvels the Mumbai-based professional who had called to insist that Mistry meet someone the next day to sort out issues related to a “relatively small” construction contract. “He met him. The incident shows the kind of person he is. He is always available to his employees. He listens to people. In all my years of dealing with him, he has never done anything that has offended me.” Indeed, most people who have come across Mistry, who has been running his family’s construction business, have glowing things to say about him.

But the above episode could also be taken by cynics to cast doubt on whether the ‘mysterious’ Mistry is up to the task. Does he, for example, lack the ability to say ‘no’ to people? Is he given to micro-management? At this early stage, such questions about someone entrusted with such an important role are inevitable. The Tata Group, after all, is a vast and diversified conglomerate that runs businesses ranging from steel to software, and owns global entities like Corus Steel and Jaguar Land Rover.

Little is known about Mistry. Yet, he has emerged as the selection committee’s unanimous choice after a year- and-a-half long global search for a new Group Chairman. So, why did Tata pin his hopes on a largely aloof, mostly reticent and perhaps unproven candidate—someone who was not even in the race in the first six months?

Immediately after Mistry’s elevation as Deputy Chairman of Tata Sons, the holding company of the group, Ratan Tata described him as the “best choice” to succeed him as Chairman next year. The other public explanation was that Mistry was so much like Tata himself. “He is in the RNT (Ratan Naval Tata) mould: thoughtful, sensitive and humble,” says a close friend of Tata, “He is not going to beat his own drum to be in the public eye.” Adds a Parsi friend of Mistry, “Tata saw too much of himself in him.” Above all, it’s pointed out, Mistry is young. He will be only 44 when he takes over, and can look forward to a three-decade reign at the top—a decade longer than Tata’s—before he retires at 75.

Sceptics, however, discount these justifications. Mistry, they say, could not have been the obvious ‘best choice’. He was part of the five-member selection committee set up by Tata in August 2010 to choose his successor. This means he was not even under consideration at the outset of the exercise. Moreover, he was on the committee because, as a director of Tata Sons, he represented the Shapoorji Pallonji Mistry family, which, with its

18.5 per cent stake in the holding company, is its single largest ‘individual’ shareholder. While a couple of Tata trusts— under Ratan Tata—hold dominant sway with two-thirds of Tata Sons’ equity, the Mistry family’s holding is still significant.

There is something amusing about the manner in which exiting group chairmen of Tata Sons compare themselves with their successors. After he appointed Ratan Tata back in 1991, JRD Tata said he did so because Ratan was “so much like me”. Two years ago, when Noel Tata, Ratan’s half-brother, was billed as the next Chairman, insiders said that, “Noel represents the Tata tradition and values inculcated right from the time of Jamsetji Tata all the way to Ratan Tata.” So, perhaps one can ignore the comparisons being made today between Ratan Tata and Cyrus Mistry.

Not everyone is convinced by the youth argument made in Mistry’s favour either.

Noel, who was leading the race until late last year, is 54; Ratan was the same age when he became Chairman in 1991. And going by Tata’s example, one can accomplish rather a lot in two decades (see the next story, ‘The Reign of Ratan Tata’).

So, what pushed Tata to anoint Mistry? One clue might lie in a comment made by a leading Mumbai-based lawyer, a Parsi who wishes to remain anonymous: “Mistry is an insider in the family sense. It worked out well for Ratan in the end.” Could he be suggesting that this is what Tata really wanted?

But it’s not so obvious. Recall that 20 years ago, JRD was advised by friends to disregard Ratan Tata, who had still not proved his mettle, as the future leader of the Group. There was pressure on JRD to choose a trusted professional instead; among the names being bandied about back then was that of Russi Mody, CEO of Tisco (now Tata Steel). However, JRD was eventually guided at least partly by the fact that in the 143-year-old Group’s history, a non-Tata has been Chairman only once, and just for six years (1932–38). JRD chose a Tata.

Ratan Tata, though, made it clear that he did not want Noel to assume charge. “He never did get along with Noel,” says a relative who is not a Tata. In May 2011, The Times of London published an interview in which Ratan Tata categorically said that Noel was not ready for the job. “I think if he has to run this [group], he should have greater exposure than he has had. Partly, his not having it has been his own choice,” he was quoted as saying. A family friend contends that if Tata gave this interview in March, as the Group later admitted, Noel was no longer in contention for chairmanship long, maybe even 11 months, before the final choice was announced.

Yet, like JRD, Tata still seems in retrospect to have wanted a family successor. Since there was no other Tata in the reckoning, attention would naturally have fallen on the next closest family, the Mistrys. This family’s ageing patriarch, Shapoorji Pallonji, had not shown much interest in involving his elder son Shapoor, who runs a real estate business, in Tata affairs. This left the patriarch’s younger son, Cyrus, who took his seat on Tata Sons’ board after his 2006 retirement. And there was a family link too: of Pallonji’s two daughters, Laila and Aloo, the latter is married to Noel Tata.

All of a sudden, Cyrus Mistry emerged as the frontrunner. That his father was once seen to be against Ratan Tata in the 1990s was no longer relevant. “For decades, the Mistrys have tried to force their way into Tata Group companies. They tried to take over ACC, a former Tata entity, in the late 1980s. Now, Tata has offered them the group on a platter,” says a Delhi-based lobbyist who has worked for the Tata Group.

How easy will it be for Cyrus Mistry to assume charge? Not very, feel some. He may need to deal with disgruntlement, they say. Noel, who will have to report to an in-law who is younger than him, might well have felt let down. But then, he is a close relative, and many observers insist that Noel is pleased with the succession. “He and Mistry get along together; Noel may have a greater role to play within the group,” says Ashwini Kakkar, a travel entrepreneur who has had business dealings with the Tata Group.

Since Mistry is young, and rather understated in his manner of asserting himself, as evident in the role he has played in the Mistry Group, he would need to depend on Ratan Tata for the next few years. Tata, who will still head the Tata trusts that control the Group, would presumably be available for advice as a mentor. He will, of course, be in a position to nominate directors on the board of Tata Sons. After handing over the Group’s reins to Tata in 1991, JRD had also nudged other group leaders towards Ratan’s goals—right until his death two years later.

At the moment, Tata companies are being run by Ratan loyalists. They owe their allegiance to him, and not Mistry. Effecting major changes while they are still around might prove difficult for the new incumbent. Here, again, Ratan Tata would need to help him. “Mistry has Tata on his side,” says the Parsi lawyer quoted earlier, “He has so many senior executives to guide him.”

For the first few years, the Group need not deviate from Tata’s blueprint. But Mistry, say those who know him, is sure to emerge as a leader in his own right in good time. “He is patient, and he will learn whatever there is to be learnt,” says Hafeez Contractor, who has designed several residential and commercial complexes built by the Shapoorji Pallonji Group. Adds a friend, “He has all the attributes of a business leader.”

There are multiple challenges in assorted markets that Mistry must take on. For a manager who developed his working style in the era of Liberalisation and Globalisation, these need not faze him. Beyond all else, he represents a clear generation shift. And that also means he has time on his side. Given the way business is shaping up globally, this is a huge advantage. With about three decades of more or less assured leadership, Cyrus Mistry can get going with long- term strategic plans. That is what makes it hard, ultimately, for anyone to grudge the decision.