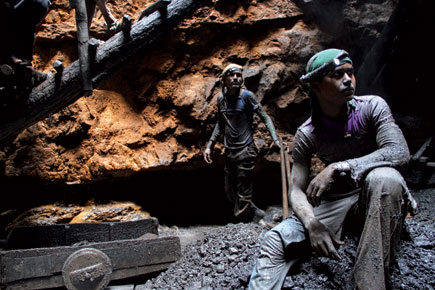 The government wants to institute a regulator for India’s coal market, and it is so keen on one that even though such an entity is envisaged by a Coal Regulatory Authority bill pending in Parliament, it wants to do this through an executive order—as the Coal Ministry has declared. For a market that has only one player as of now, Coal India Ltd (CIL), this is an odd move. According to Lydia Powell, an energy analyst with Observer Research Foundation, it “is just symbolic boldness on the Government’s part”, the objective being to “create an illusion of reform in a sector struggling miserably to meet domestic demand for coal”.

Such a coal regulator will achieve little, says Powell. The body will be empowered to specify a method for determining domestic coal prices and will have some say over its quality, but actual sale prices would still be set by the State-owned monopoly, CIL. Since the quality of coal is closely tied to price, she says, a regulator that sets quality standards without any authority over prices for different grades looks meaningless. It is also doubtful whether the regulator has any power to arbitrate on disputes between consumers and the supplier over, say, poor quality of coal; last year, India’s competition watchdog slapped a penalty of about Rs 1,700 crore on the state-owned miner for abusing its dominant position by supplying inferior coal to utilities. Given all this, the regulator “would end up being just a ceremonial post” says Powell.

In a country where coal is the raw stock for most power generation, confusion over this sector is worrisome. It would be in the market’s interest, say analysts, for the monopoly of CIL to be dismantled and forces of competition allowed to shape its future. If this is too difficult in the near term, then at least CIL should be asked to forge partnerships with foreign mining firms with expertise to develop coalfields in India with modern technology. Outdated mining practices and traditional mindsets need to be shaken up for India to reduce its dependence on imports.

Perhaps the setting up of a regulator is a signal of a relatively open coal market to come in the years ahead. As of now, its future looks bleak. The only silver lining in this development, feel analysts, is the creation of another power centre—the regulator—that India’s harassed coal users can appeal to.