Once Profitability Is Passé; Only the Paranoid Thrive 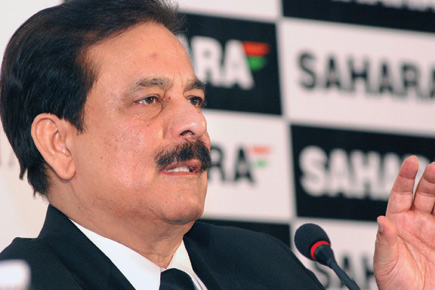 Once Profitability Is Passé; Only the Paranoid Thrive


Once Profitability Is Passé

In the opaque world of Indian Premier League, every big-money deal that Lalit Modi strikes is usually accompanied by two questions. One, will the guy who’s coughed up a seemingly inflated price—be it for sponsorship, a franchise or TV rights—ever recover his money, and second, what’s the bigger game or the real motivation for both the buyer and seller. After BCCI’s chief patron Sahara took IPL’s Pune franchise for a logic-defying $370 million, and the little-known, mystery consortium Rendezvous bought Kochi for $333.3 million, the questions were back again. A grinning IPL Commissioner Lalit Modi admitted that the winning bids were $40-50 million higher than his expectation. “The bidders must have done their numbers well,” he gloated. Not really, say some of the professional number crunchers we spoke to. According to one, the new teams are destined to run up losses for a long time to come. The logic? Each franchise earns about $14 million from the IPL’s media rights deals with Sony, Colors, YouTube. Earnings from other sponsorship deals (official airline, chewing gum, energy drink, etcetera) add up to $6 million, and could double to $12 million by Year Six. Along with gate money and local sponsorhips , the tally adds up to about $44 million. Sahara’s costs, the analyst estimates, would remain in excess of $50 million in the foreseeable future—keeping it in the red to the tune of about $7-8 million a year. No one knows about Rendezvous’ staying power, but $7 million is chump change for Sahara’s modest managing worker Subroto Roy. Yes, the RBI threw a spanner in its bread-and-butter parabanking business and Jet Airways isn’t in a hurry to pay up for its acquisition of Air Sahara, but his flagship real estate venture Aamby Valley, a 15-minute drive from Pune, could be sitting on 29,000 acres of land. “That makes Aamby Valley worth more than Rs 50,000 crore, and we are open to raising some money by selling some of it,” Roy recently said. While losses are a fact of life for any new business, the massive premium Sahara has paid for the IPL’s Pune franchise is clearly to enhance the appeal and value of Aamby Valley. And Sahara could do with any additional publicity. With Hollywood Cricket happening right next door, the unlimited publicity options and air time that the project would get, thanks to players staying at Aamby Valley’s luxury villas, the commercial synergies are obvious to Subroto Roy.

Only the Paranoid Thrive

A top executive at a much-lionised Indian infotech firm described his visit to Israel a few years back as an eye-opener. “A lot of us in the Indian IT sector have drunk ourselves to a high. You will get a lot of business even if you offer middling services at rock bottom rates. We shouldn’t worry about China or any East Asian company stealing our lunch, but worry about how to play catch up with Israel when it comes to cutting-edge IT services and product development,” he warned. Even as Indians seek comfort in the country’s exaggerated status as an infotech powerhouse,  it’s worth looking at Israel’s stupendous track record. At last count, more than 70 Israeli companies were listed on Nasdaq (only US and Canada boast more on the exchange), and a nation of just 7 million people, surrounded by enemies who can’t accept its existence, has more hi-tech entrepreneurs than China, India or the UK. A fascinating new book Start-Up Nation: A Story Of Israel’s Economic Miracle by academic Dan Senor and journalist Saul Singer (Hachette, Rs 695), explains how the country’s adversity-driven culture fosters a unique combination of innovative and entrepreneurial intensity. As the authors argue, Israel is not just a country but a state of mind. Where Americans emphasise decorum and exhaustive preparation, Israelis put chutzpah first. While the geo-politics of the region dominates headlines, there’s little understanding of the story and strategy behind Israel’s economic growth. As the book shows, Israel’s example applies not only to other nations, but also smart organisations.