The Bharti-MTN deal; Amul goes to Tanzania; end of the road for FEER 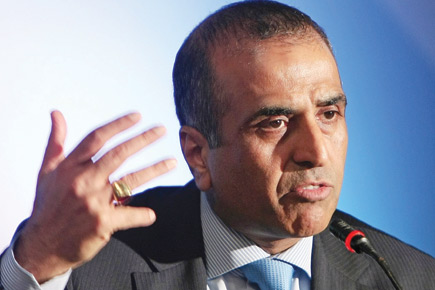 The Bharti-MTN deal; Amul goes to Tanzania; end of the road for FEER


The Bharti-MTN deal; Amul goes to Tanzania; end of the road for FEER

An M&A Puzzle No One Can Crack

Besides Bharti and MTN, no one, including the regulators, politicians, stock exchanges and even investors in India and South Africa, can quite figure out the proposed labyrinthine deal structure between the two companies. Even as the 30 September deadline for merger negotiations between the two firms approaches, closure is nowhere in sight. Sebi’s tweaking of takeover rules this week may have muddied the waters even more. Under the proposed deal, MTN would receive GDRs in Bharti and have a 36 per cent stake in the Sunil Mittal-promoted company, while Bharti would hold 49 per cent of MTN. Now, according to Sebi, as an acquirer of GDRs with voting rights in excess of 15 per cent equity, MTN would need to make an open offer to buy up an additional fifth of Bharti’s shares from minority shareholders at a formulaic price. On estimates, MTN would have to fork out a prohibitive $7 billion if all Indian investors in Bharti avail of the open offer—a temptation determined by the premium over the prevailing market price. But in a ‘merger of equals’, there isn’t supposed to be much of a ‘control premium’ anyway.

The two companies are working overtime to assure stakeholders in their respective countries that the $24-billion transaction will not impact their national character. South Africa’s telecom regulator has chipped in by saying it could consider whether it should approve or veto a shareholding change in a company licenced to operate in South Africa. Regulators there don’t want a homegrown company delisting from Johannesburg Stock Exchange (JSE). “We let that happen in the case of the beer giant Sab when it delisted from JSE and went over to London’s,” says Nick Binedell of the Johannesburg-based Gordons Institute of Business Science. But M&As have their own logic.

Finding beef in Tanzania is easier than getting milk. All this could change with a little help from Amul. After this month’s visit to Anand by Prime Minister of Tanzania Peter Mizengo Pinda, the minister of agriculture and other high-level representatives, the Tanzanians were impressed by the White Revolution. The visiting PM suggested that a delegation of farmers from Tanzania should return to Anand and learn how Amul works, so it could be replicated there. In 2008, after Nobel Laureate Norman Borlaug’s advice that the Amul model be taken up by Africa’s dairy sector, the South-South Initiative was launched by the World Bank. But before screening Shyam Benegal’s Manthan in Dodoma, kindly relieve India’s butter shortage.

End of FEER and Fear Among the Rest

Rupert Murdoch-owned Dow Jones, which publishes The Wall Street Journal, has finally decided to put the rudderless Asian journal The Far Eastern Economic Review (FEER) out of its misery. The end of FEER, which once enjoyed the reputation of being the most fearless journalistic product in Asia, will come in December 2009—after a decade or more of painful performance anxiety. The death of the 63-year-old magazine was imminent when all but six of its staffers were fired and the weekly turned into a monthly.

Launched in 1946 by Hong Kong’s Sassoon family, the magazine was edited by an Austrian immigrant Eric Halpern with an ambitious mission ‘to analyze and interpret financial, commercial, and industrial developments; to collect economic news; and to present views and opinions with the intent to improve existing conditions in Asia.’ Several renowned journalists and writers, including Hamish McDonald, author of The Polyester Prince, a controversial biography of Dhirubhai Ambani, have worked for FEER. While Asia is the only market where print publications other than The Economist are growing, Dow Jones felt that its resources in the region could be better used to grow the Asian Wall Street Journal and its various new media avatars. FEER was hit hard by The Economist’s rise in the emerging continent, but is also a casualty of the recent recession—which has signalled a shift in reader discernibility. The New York Times has been staring at bankruptcy for more than a year. The Guardian Media Group, which publishes The Guardian and Sunday Observer in the UK, says that even after the advertising downturn clears, the group would slim down. Earlier this year, Conde Nast (The New Yorker and Vanity Fair) pulled the shutters down on its business magazine, Portfolio, launched merely two years ago.