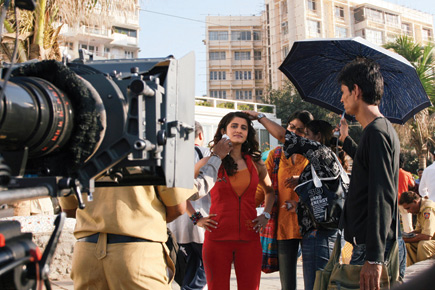 A steep cut in advertising spend and consumers tightening their purse strings made 2009 a rough year for the country’s media and entertainment industry, but the medium-term outlook for the soft-power bunch looks rosy. Indian media and entertainment (M&E) is set to double its size to over Rs 1 lakh crore in the next five years, with TV continuing to be its cornerstone, says the latest annual Ficci-KPMG report. These are some factors that softened the slowdown blow last year : the growing potential of regional markets and the realisation by some of that potential; penetration of newer digital TV distribution platforms; increasing competition; innovation across products, processes, marketing and distribution models, and growth of pay audiences. However, it was DTH that proved to be the most successful and helped in increasing the pay TV subscriber base even during challenging market conditions. IPL’s popularity and an 80 per cent increase in advertising around the event helped too. The 13 per cent annual growth forecast for the sector is largely based on factors such as: favourable demographics, robust GDP growth, strong long-term fundamentals of the Indian economy, expected rise in advertising to GDP ratio compared to developed economies and increasing media penetration. “The untapped potential for growth in media reach, impact of digitisation and convergence, better consumer understanding, sustained efforts in innovation, and enhanced penetration of regional markets bode well,” says Rajesh Jain, head, media & entertainment, KPMG India. Bollywood suffered last year due to the stalemate between producers and multiplex owners, and competition from IPL. But increasing interest from global studios and domestic corporate heavyweights augurs well for the dream merchants. ‘Over the next 5 years, the industry is projected to grow at a CAGR of 9 per cent and reach the size of Rs 137 billion by 2014. Growth drivers for the sector would include expansion of multiplex screens resulting in better realizations, increase in number of digital screens facilitating wider releases, higher cable and satellite TV revenues, higher overseas collections and digital downloads,’ says the report.

Stockmarket analysis is fertile territory for boom-and-bust fantasists. Evalueserve, a Delhi-based knowledge process outsourcing firm, in a recent report punts on the Sensex touching—hold your breath—50,000 by December 2015, representing a three-fold increase. Ingredients: sustained 8.5 per cent GDP growth, no double-dip recession in the interim, a 16 per cent growth for services and industry, and a rupee stable at 46 to the dollar. Poppycock? You decide.

Just like the Maruti 800, the original people’s car of India, a new book on the company The Maruti Story (Collins Business, Rs 499), is a simple, uncluttered kind of product. And it’s a much-needed one as well because Maruti’s journey from a Sanjay Gandhi-run company to being a state-run near monopoly to its current avatar of an MNC giant has so far only been chronicled in bits and pieces of journalistic reports. This one is authored by current chairman RC Bhargava, who’s been at the wheels or thereabouts at Maruti since Day One, and presumably ghost written by senior journalist Seetha. Given Maruti’s dominance in India, and the company’s crown jewel status in the Suzuki empire, it today seems almost unbelievable that the Government found few takers for the project and Suzuki finally came on board thanks to a series of happy coincidences and some foresight from Osamu Suzuki, the current global chairman. There are several interesting nuggets such as the first ever Maruti car being donated to the Tirupati temple, paid for not by the Government or Suzuki but by its vendors, dealers and employees.