Business schools in India need to stop acting like glorified placement agencies, and start working towards creating entrepreneurs and innovators who can become agents of change. 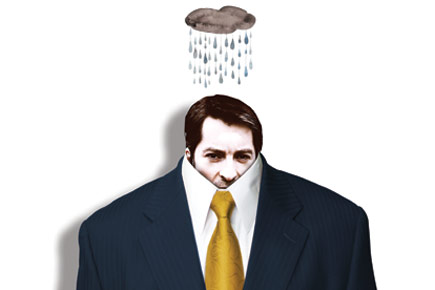 
A few days ago, I met a member of one of India’s top-rated faculties of finance. I asked how serious he thought the climate change threat was, and shouldn’t B-schools factor the environment into the curriculum, not just as a social responsibility issue but also one of sustainability. He said ‘no’. Without pause. This was the response of most faculty members I interacted with. Clearly our management teachers have not yet grasped the impact of climate change on businesses.

There are other sustainability issues, too, like the growing scarcity of resources, social inequity and breakdown in capitalism that B-schools should be taking up for research, and as an opportunity to promote entrepreneurship. If this is not happening, it’s because most of our B-schools are content with being glorified placement agencies, which are in no position to play a role in transforming society.

Our B-schools need to learn from institutes like Stanford University, which gifted Silicon Valley to the world. Here, B-schools are not a catalyst in developing industry around it. It has mostly been the other way around. In its initial years, IIM-Ahmedabad was supported by Gujarat’s textile and pharmaceutical industries. This is reflected in the cases developed by the institute. IIM-Calcutta suffered with the decline in industry in West Bengal. And IIM-Bangalore, which was initially associated mostly with the public sector, later gained from Bangalore’s industrialisation.

The challenge for any B-school that aspires to be the best is to attract good faculty, develop a conducive environment for growth and build a strong interface with industry. It should engage itself in the creation of knowledge and innovations in pedagogy. But there is no incentive for competent students to become teachers. Not only is the pay much lower than in industry, even the stipend for a doctoral programme is so low—Rs 12,500 per month in most government-aided institutes—that it deters students from enrolling as research scholars. For an IIM student who spends about Rs 15 lakh for the two-year programme, this stipend won’t even service the education loan.

The environment is also not conducive for faculty growth.  Sample the findings of our survey: 82 per cent of the B-schools surveyed did not provide independent cabins to every faculty member. In 88 per cent, no faculty member was sent to international conferences. In 68 per cent, faculty-development expenditure, which includes expenses incurred for attending conferences, travelling for research, purchase of books and journals, taking membership of societies and attending faculty development programmes, did not exceed Rs 10 lakh. In 91 per cent, the permanent faculty didn’t publish a single paper in any international journal in the last academic year.

Instead of cultivating their faculty, many B-schools hire visiting faculty, even with doubtful academic credentials. This makes better business sense for them as it helps generate a huge surplus. The present going rate for visiting faculty in most B-schools is Rs 400-1,000 per hour. A full course, consisting of 30 hours of teaching, costs the institute about Rs 20,000. On the other hand, a good, full-time teacher costs about Rs 1 lakh per month. In many private B-schools, graduates of management, commerce and economics also pass off as faculty. Thus, many among them don’t qualify as good management educators.

B-schools should also introspect on their revenue model. As of now, student fees, the easiest option, is their main source of revenue. A major flow of revenue can come through industry interface by way of management development programmes, sponsored research, consultancy, etcetera. This revenue model has a positive correlation with the quality of education delivered. But only about 5 per cent of B-schools have over 10 per cent of their revenue from consultancy and MDPs.

Yet another revenue model, largely unexplored in India, is incubating start-ups on campus. This is perhaps most relevant in the present economic scenario, where job creators are needed much more than job seekers. Some universities abroad, such as Stanford, have generated huge revenue by investing in start-ups. Stanford’s initial investment in Google translated into an equity stake of 1.8 million shares when it went public in 2004. It made $336 million by selling part of the stock in 2004-05. It also gets steady revenue from the patented technology of the search engine. To date, Stanford holds an equity stake in at least 80 companies, out of about 1,200 that started on campus, including Hewlett-Packard Co., Sun Microsystems Inc, Cisco Systems Inc, Yahoo Inc, EBay Inc, Logitech International SA and Dolby Laboratories Inc.  Every management institute should aim for at least 10 per cent of its graduating batch to start a venture. The number of successful start-ups should be an important performance indicator, besides a source of revenue.

Unfortunately, the prime concern of most of our B-schools is attracting students by opening branches in different parts of the country and even abroad, though they don’t have adequate faculty or infrastructure.  In the process, they indulge in unethical practices, even giving invalid degrees. This happened in some ICFAI B-school campuses after the Madras High Court prohibited it from operating in states where it has no university status.  The institute will no longer be able to give degrees via distance mode as it was doing earlier from Uttarakhand and Tripura. Since ICFAI otherwise has a good track record  in  academics and publications, we have kept them out of the rankings till  they get their act together.

At present, B-schools spend huge resources in placing students. But they should also be proactive in influencing that environment. The present economic crisis is not only about the failure of some financial institutions, it is also symptomatic of the capitalist system’s breakdown. It has failed to keep up with the needs and aspirations of our growing population. It invested more in fuelling consumption than in the creation and application of knowledge in critical areas like food, fuel and environment. Most of the research in the financial sector, too, has facilitated consumption on borrowed money. Even the poor are treated more as a market for different products, including debt, than as potential wealth creators. This is precisely the area where research should focus on—to increase the productivity of the poor, especially in rural areas. This will create opportunities for social entrepreneurs and also contribute in reducing social inequity.

The commitment B-schools showed this year in placing students is commendable. But they need to look beyond placements and become agents of change.

Premchand Palety is Director, Centre for Forecasting and Research