Audi Ahead in Early Laps of Luxury Race

In a market of India’s diversity, the success of a marque with a wide range is no surprise 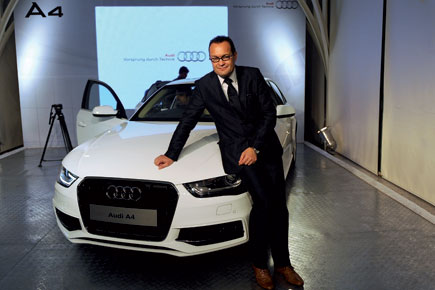 In a market of India’s diversity, the success of a marque with a wide range is no surprise


India’s luxury car market is dominated by German marques. Given this fact, the sales race among Mercedes, Audi and BMW for poll position looks meaningless. Or does it? “From a car manufacturer’s perspective, ranking is an important race,” says Manmeet Malhi, a senior analyst with EOS Intelligence, and even though such cars sell only 30,000 units a year, less than 2 per cent of all car sales in India, “lagging behind is not an option for any, especially when the craze for auto luxury is picking up.”

Elsewhere, luxury car sales are stagnant. In India, brands are in a battle to secure their reputations in consumer mindspace while perceptions are yet to harden. The outcome of this battle could determine profits here in the decades ahead. “Everybody is here for the numbers,” says Michael Perschke, head of Audi India, “Only four places are left in the world to fight it out: China, India, Russia and Brazil. Every place else, the turf has already been taken,” says he.

If Perschke is pleased, it is because Audi has recently overtaken BMW as the country’s luxury topseller, just as BMW had whizzed past Mercedes a couple of years or so ago. “Mercedes was caught unawares [as India’s post-zips boom began],” says Malhi, “even as BMW and Audi, with their wide range of products, gained their way up.”

To win back marketshare, Mercedes, the classic chauffeur-driven marque, is trying to make up for its earlier SUV weakness with new launches. It has launched a vehicle in the Rs 20 lakh price range aimed at the first-time luxury buyer. Meanwhile, BMW, the ultimate self-driven brand, is going all out to sell its diesel sedans as a sporty highway experience that could also conserve fuel in an optional cruising mode. Audi, which tends to straddle multiple appeals, has stolen ahead of its rivals on all those attributes with various models. In a country of India’s diversity, perhaps this is no surprise. But with models being re-engineered and relaunched all the time, Audi cannot assume its current lead is assured even for the rest of the year.

There is also Jaguar, owned by Tata Motors, raring to break into an all-German race. The intensity of competition is sure to boost sales. By 2020, the big three expect luxury cars to be 4 per cent of the total. “It is this potential that’s driving the trio to bring their latest products to India,” says Sudarshan Shreenivas of India Rating & Research, who adds that assembly localisation could add a cost aspect to the competition. Especially with such a weak rupee.