As Fires Cool Down, BP Feels the Heat

BP could be penalised at the rate of $4,300 per barrel of spilt oil. 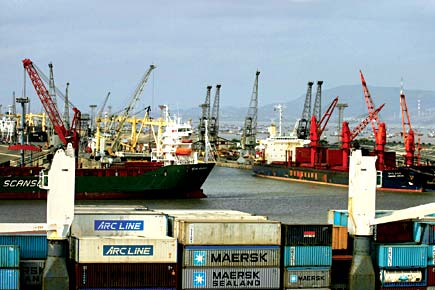 BP could be penalised at the rate of $4,300 per barrel of spilt oil.


Gulf of Mexico’s oil spill disaster is proving too slippery for BP. Since late April, BP has seen its market value being eroded by 40 per cent, and its CEO Tony Hayward bow out in ignominy. But it’s the financial liabilities the British energy giant faces, on account of the disastrous and untamable oil spill in the Gulf of Mexico, which could permanently  cripple the company. The Clean Water Act of the US government penalises unintended oil leaks into oceans at the rate of $1,100 per barrel and $4,300 a barrel for a negligent act of pollution. If BP’s negligence is proven, it could have to fork out $21 billion for the 5 million barrels of oil released into the ocean till the rogue well was finally capped in mid-July. However, on both these counts the company can ask for reduction in penalties for the 800,000 barrels that it managed to contain. This is just one of the many financial liabilities of BP arising out of its oil spill. The other being humongous clean-up costs and compensation claims to be paid out of the $32 billion that the company has set aside. Though the exact estimates of the claims would be arrived at by the claims tribunal jointly set up by BP and the US government, BP—with a 65 per cent stake in the ill-fated oil operation—is confident of sharing the claims’ burden with its partners, who at the moment indicate that this confidence is misplaced. So a good part of BP’s time and energy would be spent in courts, where it would like judges to be considerate and not crush it to the point of bankruptcy. Meanwhile, BP has decided to sell global assets worth $30 billion in the next year-and-a-half to foot its Gulf of Mexico’s laundry bill.