Alas, Someone Has to Pick up the Tab

S&P had many valid reasons to downgrade US sovereign debt, the latest being an ugly political wrangle in Washington DC 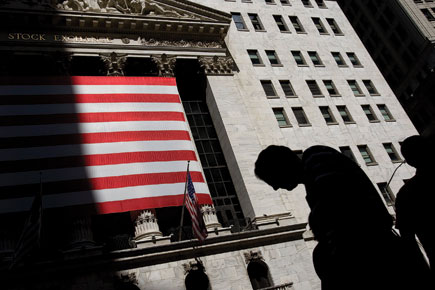 S&P had many valid reasons to downgrade US sovereign debt, the latest being an ugly political wrangle in Washington DC


That America’s finances were in bad shape was obvious. That Standard & Poor’s would dare the sacrilege of downgrading US sovereign debt, casting a slight shadow of doubt on its ability to repay, was not so. Hence the global mayhem in financial markets. The rating agency had good reasons, though, the latest being the pathetic political wrangle in Washington DC over how to, one, raise the debt limit to avoid an immediate default, and two, raise revenues and/or contain spending to head off another crisis soon. The two parties that share power took it down to the wire, and their last-minute deal was seen as a cop-out: unlikely revenues, iffy austerity. No wonder S&P has kept the US on watch for another downgrade: “If there are additional fiscal slippages…” warns John Chambers, MD, sovereign rating, S&P.

Both parties agreed on modest cuts rightaway in discretionary expenses, and have set up a bipartisan committee to wield a heavier axe later; if they fail to agree on how to use it by year-end, then both non-defence and defence spending over the next decade will be slashed equally—dear to Democrats and Republicans, respectively. The latter resisted all talk of raising taxes so stoutly that this part has been left vague. And with party positions so rigid, chances of making headway remain remote. “S&P is not taking a moral stand on social or defence spending,” says Abizer Diwanji, head, financial services, KPMG, “it is saying that mindless spending without tax increases would be fiscally suicidal, and would therefore trigger another downgrade.”

The context is alarming. The Great Recession is turning out worse than expected for the US. The economy is badly out of whack, investment remains weak, jobs are scarce, and with its stimulus measures exhausted now, it is staring at stagnation. The US simply cannot crawl its way to a better-balanced budget. State expenses are projected to rise inexorably on account of an ageing population; pensions and medicare entitle­ments would cost the US 15 per cent of GDP in 2035. Debt will pile up higher. America’s interest burden alone is expected to soar from $197 billion in 2010 to $800 billion by 2020.

So far, Indian policymakers have done well to retain their composure under this downgrade ‘crisis’. As India slows, its own slippery fiscal numbers are under S&P scrutiny. This is hardly news. Another bout of rupee volatility is likely too. No shock there either. It would be another kind of policy challenge, however, if the US tries to ‘inflate’ its debt away. That might have repercussions never seen before.