As calls to privatise India’s ‘national carrier’ reach a crescendo, spare a moment to pay some attention to the not-so-obvious economic implications of such a move 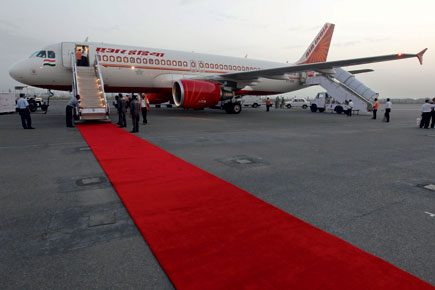 As calls to privatise India’s ‘national carrier’ reach a crescendo, spare a moment to pay some attention to the not-so-obvious economic implications of such a move


It is an old stimulus-response routine. Whenever Air-India lurches into a crisis that gives onlookers a bad case of nausea, well-meaning folk throw up four syllables in ritual reflex: ‘Privatise it.’ And now that India’s Civil Aviation Minister Ajit Singh has declared the concept of a ‘national carrier’ a relic of the past, this mantra has begun to acquire the sort of authority otherwise ascribed to stellar alignments. In this scheme of things, opponents of the airline’s privatisation are either communist or compromised, if not cuckoo. After all, Air-India is losing more sequential money than Kingfisher can dream of, and it was a private carrier once upon a time anyway; remember, it began operations as Tata Airlines before it was rudely taken over by the Government. And hey, in this era of liberalisation, isn’t the State supposed to recede from the Market?

It’s a pity, but Air-India’s crisis is not so easily resolved. The first question to ask is why licensing persists in so many sectors—hydrocarbons, telecom and aviation, to name a few—two decades after the Licence Raj was junked. And the answer is that these are not ‘free market’ arenas of business that anyone with enough guts and cash can enter. They draw on natural resources that are limited, if not exactly scarce, and need to be shared without life getting too nasty, brutish or short. Oil and gas fields can’t have every drill on earth poking around, airwave spectrum can’t have a babble of overlapping voices, and air corridors can’t have each plane trying to nose ahead of the other. Such limits restrict the number of players these markets can accommodate. Like it or not, this burdens the State with a leviathan role as a supra-market allocator of resources. One could go crimson arguing about the terms on which these allocations ought to be made, and what the objectives should be; there is no reason that spectrum for mobile phones—used mostly by India’s poor—should not be awarded free, for example, so long as air corridors for commercial aircraft—used mostly by the rich—are given away gratis. In either case, it’s money generated from thin air (okay, and some equipment), right?

The point of contention here, however, is the role of private players. The lasting lesson of liberalisation in general has been the efficiency assured by companies vying with one another for customers and profits, and one would actually have to be communist or compromised, if not cuckoo, to deny the difference between the clunky old cars of yore and the wheels that whisk Indians around today. It’s just as well, too, that the Government no longer owns a car company. And it’s no coincidence that Nano is the product of a relatively new market entrant. In an unlicensed market, if existing players turn out duds, there’ll always be somebody else raring to grab a chance.

Competition, clearly, is crucial. But licensed markets run a peculiar risk: that of private operators going into a secret huddle to form a cartel aimed at exercising joint power as a monopoly. Such collusion can yield ‘supernormal profits’ by squeezing supply just enough to push prices above levels they’d otherwise be. Evidence of collusion is always hard to pinpoint, but the possibility is distinct enough to justify the need for a public sector player answerable to voters at large in each of these sectors. The very presence of a price ‘spoiler’ can render any such cartel unworkable. Unless, of course, the State-owned player is either too corrupt—which calls for public scrutiny—or incompetent to serve the purpose.

In theory, Air-India can keep runaway airfares in check. In reality, it can scarcely keep itself airborne. This being so, perhaps the best way out would be to declare it bankrupt, turn its assets over to a new entity set up by the Government, and start all over again—this time with pilots at peace over who gets to fly Boeing 787 Dreamliners or play Upright Aaron. If the world’s biggest car company, GM, could dump its liabilities and begin afresh, why not the world’s most bloated airline?
It’s worth a go.