No interest rate relief in sight 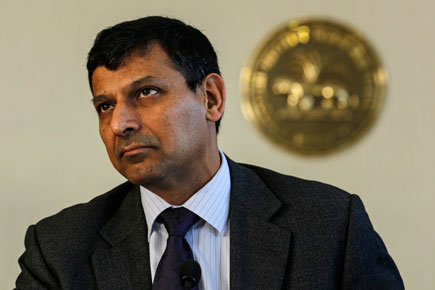 No interest rate relief in sight

With retail inflation, now seen as the sole target of the RBI’s monetary policy, cooling off for the third month in succession in February this year to 8.1 per cent, coupled with less risk to the rupee from external stress, Governor Raghuram Rajan has chosen to keep the central bank’s policy rate steady at 8 per cent for the time being. Rather being vocal about when it could be brought down, Rajan stated that “Further policy tightening is not anticipated in the near term if inflation continues along the glide path”: that is, a descent to below 8 per cent by January 2015 and below 6 per cent by January 2016. Clearly, the RBI is not altogether sure about taming retail inflation to its desired level. The Governor’s policy statement further states that any softening of consumer price inflation on account of higher ‘base effects’ (of the previous year) should not be seen as actual softening. Instead, the focus should be on the trajectory of ‘core inflation’ (which excludes volatile fuel and food items), which also remains stubborn.

As per the RBI’s own assessment, lowering interest rates from present levels looks less probable because of inflation risks arising from a less-than-normal monsoon that may be caused by a possible El Nino effect, in addition to political compulsions that buoy minimum support prices for agricultural commodities and compress administered prices for fuel fertilizers and electricity. Deep Mukherjee, an analyst with India Ratings & Research, also sees a possibility of further tightening of interest rates over the next year and a half. He says, “The normalisation of interest rates in the US by [mid] 2015 may put pressure on emerging market currencies, including Indian rupee, forcing action on interest rate front.” He adds: “Consumer price inflation [that] tends to fall two-three months before a general election moves back to pre-election levels post election.” This was a trend observed during the last six general elections.

Phani Sekhar of Angel Broking sees a strong possibility of fiscal disorder that El Nino may create in government finances. “The possibility of El Nino appears strong,” he says “which would bring down the agricultural growth rate.”

Since about half of India’s population survives on agriculture, it would call for higher food and fertiliser subsidies and some kind of loan waivers too. “As agricultural support to GDP goes down, the resultant low tax-to-GDP ratio would create pressure on the fiscal front,” he adds. Naturally, that means more borrowings by the Government—for consumption rather than for fixing the supply-side bottlenecks. This would leave less room for the RBI to lower interest rates.