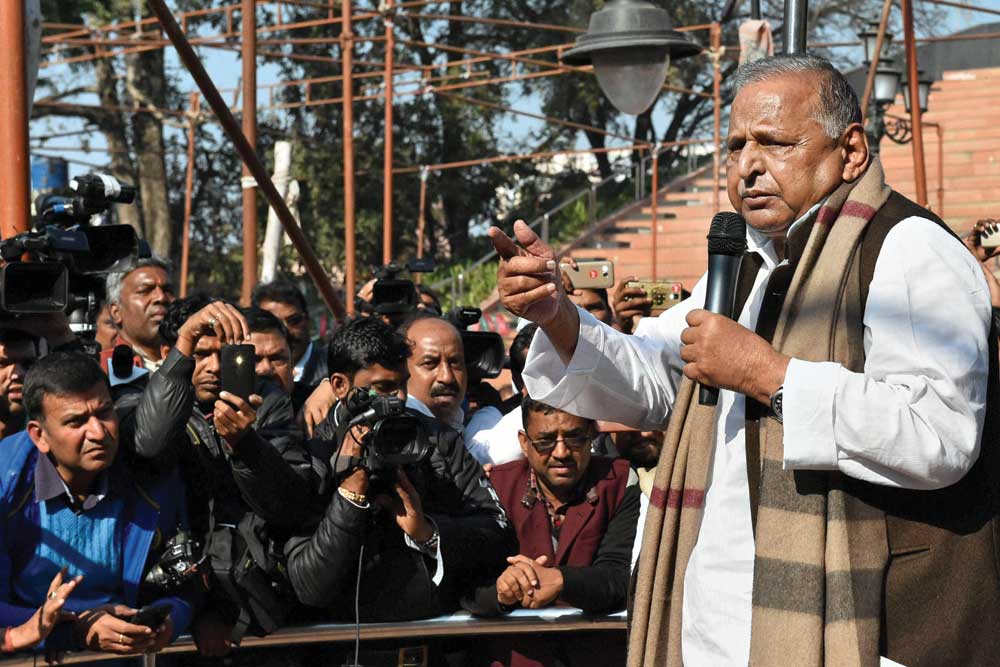 IN SAIFAI, AROUND 260 km from the capital of Uttar Pradesh, Lucknow, all eyes in sight are glued to television screens. It’s 6.30 in the evening and people are back home from work. A group of people sit by a bonfire. There is nervous tension in the air, with everyone waiting for minute-to-minute updates. The battle within the Samajwadi Party that’s taking place in Delhi and Lucknow has raised heartbeats in Mulayam Singh Yadav’s village. Gloomy silence prevails among those who have always supported the clan and are grateful to the party’s founder for having made Saifai a household name in the state. That their leader is locked in combat for control of the party with his own son, Akhilesh Yadav, has put them in a fix.

Each time they hear of another meeting between Mulayam and Akhilesh, their faces come alight with hope that a compromise will be reached and things would return to normal. But this doesn’t last, for every bit of news indicating that the tussle is still on clouds them over with the same sadness. They don’t want to respond to questions of which side they’re on, the father’s or the son’s. But wait for a while, and they let out their emotions. Prem Singh Yadav, 66, studied with Mulayam’s younger brother Shivpal Yadav in school and college. “I was in Class IX when Mulayam Singh taught me in Jain Inter College. He used to teach us Civics,” he says, “I am with him and Shivpal, and don’t know who Akhilesh is. You have come here today only because of Mulayam Singh.” A few youngsters interrupt, warning him not to speak against ‘the family’. “These are media people, they will twist things and write,” one of them says, “Why take sides openly in a family battle?” Undeterred, Prem Singh continues to lash out at UP’s Chief Minister, a man seen by many elders in these parts as a usurper of his father’s political legacy.

Saifai has been the nerve centre of Yadav politics ever since Mulayam became a prominent force in the state’s politics. It is part of a Yadav-dominated rural belt from the rural constituencies of Kanpur all the way till those of Agra along National Highway 2. It is considered a pocket borough of Mulayam’s family, with many of its members having got elected to represent various seats of the region. This ‘Yadav terrain’, as it’s called, plays a crucial role in the SP’s power calculus, and the family has always counted on the support of its voters. But with the party’s internal wrangle showing no sign of easing, ground conditions here are shifting fast. In case no compromise comes into force between the rival factions, both could lose popular support.

On the morning of January 10th comes the news that Akhilesh Yadav has gone to meet Mulayam Singh and both are discussing a patch-up formula. “If the father and son discuss their differences alone, they would come together,” says Rabindra Yadav, a 28-year-old resident of Saifai. “It is some people on either side who are not letting a compromise happen for their own personal reasons. Netaji [Mulayam] has said last night that Akhilesh would be the next Chief Minister and there is no dispute between father and son.”

There is no doubt that workers are worried. If things get worked out soon, we can still form the next government

By late afternoon, however, even this glimmer has faded; like the multiple rounds of meetings that have taken place over the past month or so, the outcome makes no difference. Darshan Singh Yadav, an 80-year-old former pradhan of Saifai and a friend of Mulayam’s, declares himself unhappy with Akhilesh. “It is Mulayam Singh who has done all the hard work to make Samajwadi Party reach where it is,” he says, “Look around the place and you’ll realise how everything has changed here, and in other places. All this has been done by Mulayam. Akhilesh has only seen the happy days and became Chief Minister without any struggle. The boy is now defying his father.” In the same breath, he commends Shivpal Yadav for his loyalty to Mulayam since the latter’s youthful days as a wrestler. Back then, he says, it was Shivpal who would carry his clothes and always be there for him. “No one can do so much for his elder brother as Shivpal has done,” says the octogenarian, “Now some leaders are blaming him for disrupting the party.”

TEJ PRATAP YADAV, Mulayam’s 30-year-old grandnephew and Mainpuri’s MP, makes no attempt to hide his anxiety. He routinely meets hordes of people visiting Saifai and tries to resolve their problems, but he has no solution for the family fight. “There is no doubt that workers are worried over these developments,” he admits, “But even if it gets worked out over the coming week, we can still fight with full conviction and form the next government in Lucknow.” He says he spoke to Akhilesh Yadav the night earlier, and he told him things were on track and that good news would emerge soon. But like so often in the past, this could be another false sigh of relief.

About 30 km from Saifai is Etawah town, where the family feud has made the SP’s operations a hotbed of intrigue. The trouble started when Akhilesh Yadav appointed Naresh Uttam as the new state party president, asking him to set up fresh district committees. He did as he was told, and replaced a number of district presidents. Gopal Yadav was made the district president of Etawah in place of Sunil Singh Yadav, who had been appointed by Shivpal Yadav. This resulted in a fight between the two factions for control of the party office. Sunil Singh Yadav ordered his supporters not to leave the premises, and he and his men have since been spending their nights here to reinforce their occupation. “We have passed a resolution earlier refusing to recognise the national convention [called by Akhilesh] of January 1st,” says Sunil Yadav. “We won’t vacate the office without the approval of our state president Shivpal Yadav.” On his part, Gopal Yadav says he has not tried to force his way in. “I have already taken charge, and I called Sunil to say that I am not coming to capture the office,” he says. “There is no need of fighting, as sooner or later we all will be together.”

Mulayam is our mentor and guide, but our leader is Akhilesh. The party will do well under the Chief Minister

“The biggest setback of the fight is that these lines of division go down to the lowest ranks of the party,” says Omveer Singh Yadav, an SP worker from Etawah, “Those who were close earlier have stopped talking to one another because of their allegiance to different groups.”

AT THE SP OFFICE in Jaswant Nagar on another side of Etawah’s crowded bylanes, the doors are to be found locked. There are no party posters around either. Noticing us, a group of youngsters appear. “We all are Shivpal supporters and will vote only for him,” says Vivek Yadav, a 24-year-old self-employed man. “Youngsters get government jobs no matter which caste they belong to, and it all happens because of Chachaji,” he explains, referring to Shivpal Yadav.

That the SP’s older generation should have clout in Jaswant Nagar is no surprise. It was this constituency that first sent Mulayam Singh to the UP Assembly, back in 1967, and the party patriarch has represented it for a record seven times. Shivpal Yadav has won this seat thrice. “As Chief Minister, [Akhilesh] never visited Jaswant Nagar,” says Gopal Tiwari, a 23-year-old BA student, “Our hero is Shivpal Yadav.”

Fatehpur is another constituency that Shivpal Yadav can count on for support. On January 4th, the Chief Minister had Surendra Pratap Yadav appointed its district president after ousting Ram Sharan Yadav. As word of this spread, the latter reached the party office with his supporters and had a notice stuck outside saying that only Shivpal loyalists could enter. “I haven’t taken charge yet,” says Surendra Pratap Yadav, “but the way the earlier president has captured the office is wrong. We are not even allowed inside.” In 2012, SP won the Fatehpur Assembly seat by a slim margin of 3,700 votes over the BSP. Party workers now fear that this time round, a division in SP votes will hand the seat on a platter to the rival party, and similar scenes in other parts of the state could doom their chances.

We all are Shivpal supporters and will vote only for him. Youngsters get government jobs no matter which caste they belong to, and it all happens because of him

In other rural parts of the Yadav belt as well, many SP loyalists profess support for Mulayam over Akhilesh. In Madanpur village— which has an electorate of around 1,500, mostly Yadavs—of Firozabad district, their choice seems clear: the party’s founder.

“Jiska jalwaa qaiyyam hai, uska naam Mulayam hai” (He who’s verve is intact, his name is Mulayam), shouts a youngster as he crosses our path on a bicycle, articulating a popular slogan.

Man Singh Yadav, a 63-year-old farmer, narrates an epic story of the Yadu Kul. “This is not new in the Yadu Kul. There was Kansa, the king of Mathura, who dethroned and put his father Ugrasena to jail and captured power on the advice of Banasura,” he says. “Today Akhilesh has become the national president on the advice of Ram Gopal Yadav. Tomorrow, he can put Mulayam in jail too. If he can’t respect his father who made him everything, how can he respect the state?”

Such expressions of anger against the son are to be heard elsewhere too, though Akhilesh has his own supporters—particularly in the Agra region, which is under the influence of the Chief Minister’s key aide Ram Gopal Yadav.

Shailesh Yadav, chairman of Fatehabad District Panchayat in Agra, has a large poster of Mulayam Singh in his office, but his fidelity lies with the Chief Minister. “Mulayam is our mentor and guide, but our leader is Akhilesh,” he says. “The party will do well under Akhilesh Yadav.” Satya Pal, the 30-year-old pradhan of Jarauli Kalan in Tundla, blames Shivpal and Amar Singh for setting the father and son against each other. “The problem is that Netaji is not able to understand their game-plan and is going against his son.”

Every other party in the fray is watching developments closely: the BJP, which hopes to gain from the SP’s disunity; the BSP, which expects a Muslim wave in its favour; and the Congress, which has been in talks with Akhilesh for a tie-up but is fearful of an outright split that could deprive the SP of its name and symbol. As the fight for control of the party worsens, its supporters say they feel increasingly exasperated. They like the son as Chief Minister, but the father rules their heart. “We are not worried [by this],” says Sunil Singh Sajan, a party leader close to Akhilesh. “Once we get the symbol, we will get both—the blessings of Netaji and love of supporters.” Real life politics, however, may prove too messy for such a double bonanza. 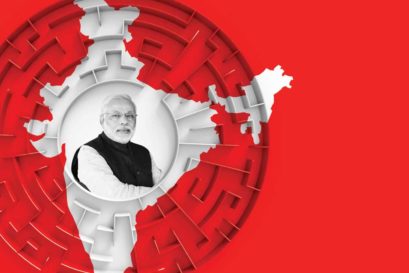 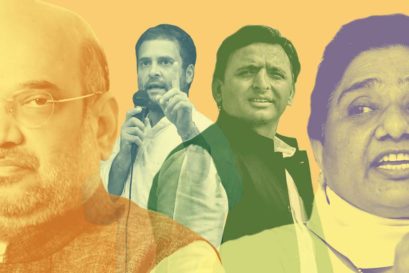 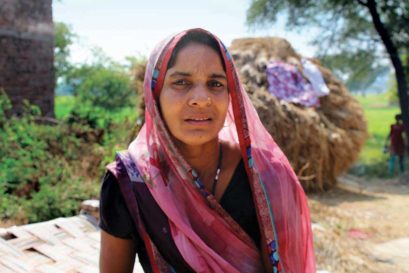