His thrillers stretch across the exotic Savannah 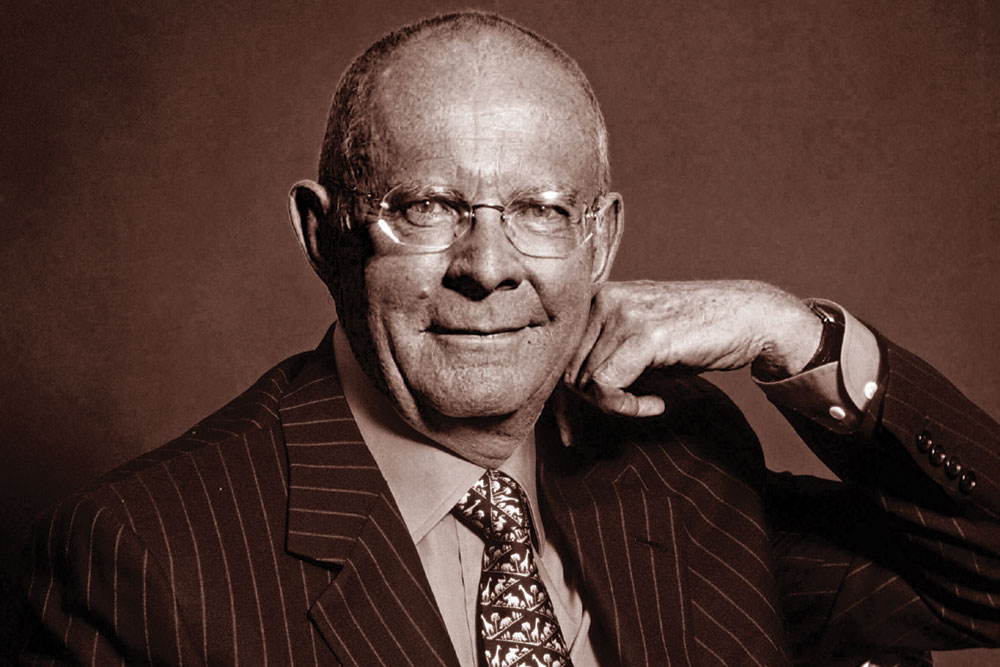 
THE SOUTH AFRICAN writer Wilbur Smith, who died recently at the age of 88, was among the most popular writers of his generations. He didn’t write literature, he would say, but stories. And his stories—rip-roaring yarns of derring-do set in Africa with macho leads, plenty of hunting and sex thrown in—were much beloved, with total sales of his 49 titles exceeding 140 million.

Smith’s life too was nearly as thrilling. He was an author-as-action man type of a figure, who had survived cerebral malaria as a newborn and polio as a teenager, spoke of being charged by elephants and crocodiles, shot thrice accidentally, trekked across the desert on a camel, and encountered Somali pirates near a private island he purchased in the Seychelles. Like a character out of his own book, he owned a Browning .22 rifle by the age of eight (his job was to shoot hares to feed his father’s dogs, putting him off rabbits and hares for life since he considered them “dog food”) and had killed his first lion by 14 (after they attacked a herd of cattle).

His books were as popular as any of his bestselling contemporaries’, but unlike the other big names of his day who were usually writing spy or war stories, Smith’s inspiration was his African childhood. They were something of a throwback to the masculine adventure writing of old, transporting his readers to exotic settings from the savannah to ancient Egypt, drawing on the stories of the Zulu and the Boer wars, colonial exploitation, diamond mining and elephant hunting.

Smith was born on a cattle ranch in Zambia. His father worked in a copper mine, but once it shut down during the Great Depression, he hunted game and sold meat for a living. Although his mother encouraged him to read, his father disliked the habit and the young Smith would have to read in hiding. His grandfather had once commanded a machine-gun team in the Zulu War, and the stories he told his grandson were obviously a source of inspiration. Smith would later go on to use his grandfather’s name, Courtney, as the family name in one of his most successful book series.

Smith did not arrive at his adventure formula from the outset. After his first attempt at a novel entitled The Gods First Make Mad failed to find a publisher, Smith decided to cull all forms of philosophy and politics, and what he called rebellious posturing from his next attempt. Working as a tax collector then, he tapped into the stories of his childhood, setting his novel in Africa while putting the stories of his father and mother, and people and places he was familiar with. The book titled When the Lion Feeds became an instant hit.

Although it was sold the world over, it remained banned in South Africa on charges of obscenity for 11 years. During the hearings of his appeal, the courts would often veer into the territory of literary criticism, once calling the book “in poor literary taste” and, at another time, calling its passages calculated to incite “lustful thoughts” and “sexual desire.” Even though he continued to have a legion of fans, including the writer Stephen King who once called him the “best historical novelist”, critics never quite liked him. Some of his detractors argued that he promoted racial stereotypes and glorified British imperialism, and others said that the historical settings of his books were poorly researched, while many found the novels repetitive. But almost everyone acknowledged he remained a gripping storyteller.

Smith remained prolific all his life, averaging nearly a book a year, and sometimes two. His private life, however, was far from stable. Four times married and twice divorced (his third wife died from brain cancer), he once described the experience of his divorces akin to car crashes. In recent years, the media’s interest in Smith has been as much about his books as his relationship with his last wife, an attractive Tajik woman, 39 years his junior. He also had public fallouts with his children.

In 2017, Smith created a stir after signing a book deal worth at least £10 million for eight co-written books. Smith had been using co-writers since 2015. And with his publisher claiming that he has left behind a treasure trove of novels, including unpublished co-authored books, his brand is now set to outlive him.