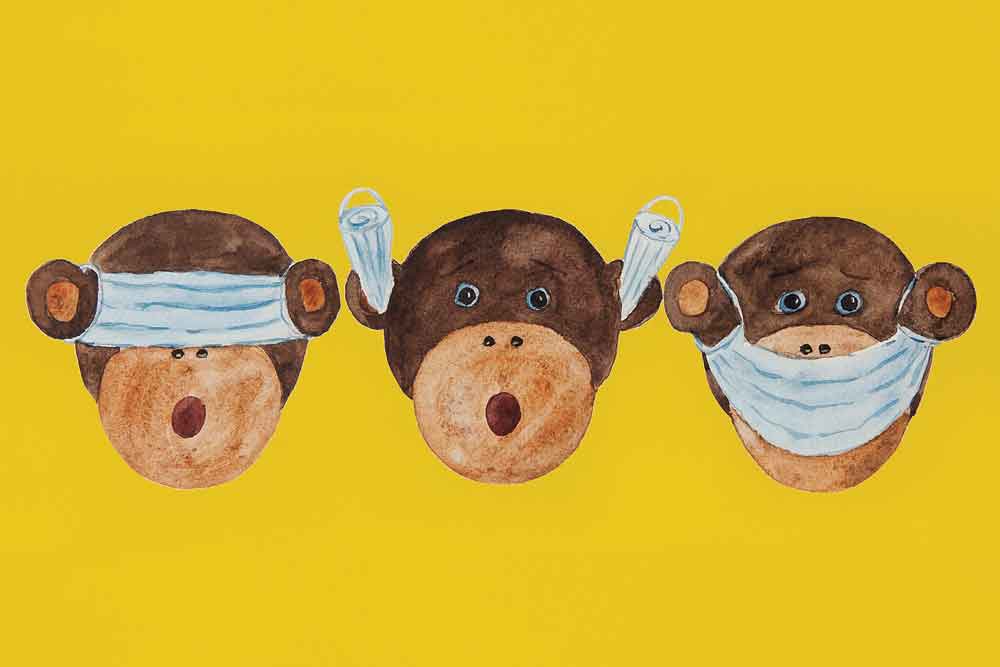 
IN EARLY APRIL, India was as it had been for a while: vigorous election campaigns, cases of Covid-19 and, most importantly, carefree people and carefree government. The last point would come to haunt the country from the middle of the month by when the number of daily cases jumped to a phenomenal three lakh-plus across different states. By this time, the country’s capital was literally gasping for oxygen and the life-enabling gas was nowhere to be had. The government—both Centre and the state—were missing in action.

A month later, the situation has eased a bit with foreign governments launching a massive aid operation for India. Oxygen generators, cylinders, life-saving medicines necessary for managing Covid and other equipment are now being sent to India on a war-footing. Domestically, too, the Union Government seems to be getting its act together. But it now faces a perfect tsunami of public anger from people in big cities, small towns and rural areas alike. India has never seen a health crisis of the kind that it has in the last one month. Even if India manages to get a grip on the crisis soon, a much bigger problem looms large.
The immediate reason for anger is the utter sense of helplessness that descended on people in India’s big cities during this time. Hospital beds were filled within days; medicines like remdesivir disappeared from the shelves of pharmacies only to land in the hands of black marketers, and hapless individuals began running from pillar to post in search of oxygen. A large number of people perished without medical aid or due to lack of medical necessities like oxygen. The absence of the Government to lend a helping hand channelled anger against it in a manner that has not been seen for a very long time in India.

In this chaotic situation, people picked up their target of anger depending on their political priors. For many, it was Narendra Modi and his Government that had vanished from a public sphere that they normally dominated. There was no messaging, no words of succour and total absence in controlling a deteriorating situation. For others, it was the state government—hospitals, medical suppliers and an uncaring bureaucracy.

It is an Indian habit to find someone to blame (Western commentators used a sophisticated expression for that: holding someone accountable) but the reality of those sorrowful days was complicated. The second wave caught India unprepared and the sudden demand for oxygen—15-20 times more than normal—just buckled the system to the point of giving up. To this point, it is possible to defend the Government: any system has an upper load-bearing capacity beyond which it breaks down. But that begs another question: Why did, or why could, the Government not anticipate this sudden surge in demand? Only one answer suggests itself: It assumed that India would not face the second wave. In the months from September 2020, when the number of daily cases began their downward trajectory, until March this year—six months—the Government did not deem it fit to think that something could go awry. Or if it did, it took no action on it. That lack of foresight, planning for the unknown, dealing with uncertainty, or whatever expression one may want to use, is a shortcoming of this Government, one that cannot be denied.

A bigger problem, one that can exacerbate the pandemic, is already at hand.

In January, when the first vaccines became available in India, the Union Government rolled out a strategy based on giving them to the neediest and the vulnerable sections of the population. These were doctors, nurses, paramedics and other frontline workers. Then came senior citizens above 60, followed by those above 45 with comorbidities. The logic was unmistakable: a systematic rollout based on the assessment of risk and need. By March, when the first signs of the pandemic resurging in certain districts of Maharashtra were available, state governments began chafing at centralised controls on vaccination. They, and their ideological supporters in the press and among intellectuals, pressed for a ‘decentralised’ approach to vaccination. By March, chief ministers like Arvind Kejriwal of Delhi began saying that they wanted to vaccinate the 18-44 age group of people as the second wave was hitting this group disproportionately. Vaccines began to be seen as alternatives to Covid-appropriate behaviour, such as masking in public and maintaining social distance. Within no time, the original vaccination strategy was thrown out of gear.

Under pressure from the press, chief ministers and anyone who deemed himself a public health expert, the Centre gave in. A liberalised vaccination strategy was announced from May 1st. But when the date arrived, there were very few doses to go around. The Centre kept on dishing out figures that XY lakh doses were still available with states. But the XY lakh figure was just a drop in the ocean when it came to the 18-44 age population. The situation now is one of desperation among people who want vaccines.

In case of the oxygen crisis where the Centre can be exculpated—state governments, too, were caught napping—the vaccination mess is for the Centre to own up. Under Modi, if there is one positive political development, it is the arrest of anarchy masquerading as faux federalism. So, it is surprising how one of the most powerful Central governments in recent memory gave in to what was, at most, a handful of op-eds and some tweets. Western analysts—of Indian origin as well as others—have a conspiracy theory of sorts. The Centre agreed so that the blame for the failure would finally fall on state governments. This is hard to believe. What is more likely is that a momentary lapse of judgement led to a decision with far-reaching negative consequences. As in other chaotic situations in India, this one too will sort itself out.

It is part of India’s decayed political culture that the first instinct is to look for someone to blame and not solve the problem. With a pandemic, this tendency has been magnified manifold. The one thing that is odious in a democracy is to blame the people. The reason for this is simple: those who elect governments for themselves cannot be wanting in political judgement. But political judgement and lack of observing necessary precautions in a pandemic are two very different matters. From massive religious gatherings, irrespective of the religion, farmers’ protesting for ‘justice’ to high-decibel political campaigns, no one bothered to wear masks and observe elementary precautions. For this, and more, poor communication and the absence of political messaging have been blamed. The trouble with these theories is that people are assumed to have no independent thinking or awareness of the dangers that lurk.

If, after a year of continuous messaging from the ‘top’, people want to venture out sans caution, no one can be blamed. Far worse, Covid “happens elsewhere”, as some ‘brave’ farmers told me in Punjab this February. The sentiment, that the virus will affect others but not us, is widespread. It is fine to blame the Union Government and the prime minister, but surely some blame must lie elsewhere. The Government has been alerted by its scientific advisors of the certainty of a third wave. The characteristics of that wave are unknown. If this Government is prudent, it will begin planning for that inevitability now. Otherwise, the next time, it will have no one else to blame.