Apple, BlackBerry and the story of how businesses die 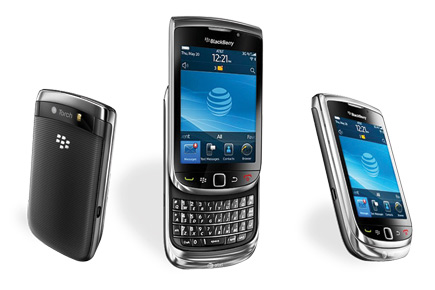 TWO EVENTS HAPPENED simultaneously this week that saw the universe telling a business story with a moral. The original BlackBerry died, officially consigned to the dustbin of history. On December 22nd, the company had announced the date for it—January 4th. As the Guardian reported: “Tuesday marks the end of an era: BlackBerry will discontinue service on its classic smartphones. So for those still holding on to their QWERTY keyboards, be warned. “As of this date, devices running these legacy services and software through either carrier or Wi-Fi connections will no longer reliably function, including for data, phone calls, SMS and 9-1-1
functionality,” the statement says.”

At the same time, Apple’s market capitalisation touched $3 trillion. That is more than the GDP of most countries in the world, including India. If you were a time traveller and returned to the early 2000s, the situation was different. Apple still was valued more but they weren’t even making phones. BlackBerry was the early mover on mobiles, and had cornered the most lucrative market there was, of business users, even establishing a monopoly of sorts. In 2004, BlackBerry was valued at $15 billion and Apple at $24 billion. But once Apple started making phones, it was as if BlackBerry had been hit by the sleekest train built so far that almost the entire world saw coming, and yet it didn’t do anything to preempt the catastrophe. It was, like Nokia, caught in the trap of its own success, stubbornly using keypads while the world was becoming hypnotised by the touch of iPhone screens. Apple just kept making the experience better and better while BlackBerry tried to play catch-up. It was always going to be too late.

Even if BlackBerry had seen the brave new touchscreen world, it might not have been enough. Because some are geniuses like Steve Jobs who change the game while others are very good at one thing, but inept at change. It will happen to Apple, too, eventually. All companies fade away and die. After a particular point, all that managements can do is to try to ward off death and the greater their size, the more difficult it becomes. IBM was the biggest company there was when Apple was a toddler, and compare the two now. An entrepreneur will always eventually beat the old guard because his ideas are better and he is more lean, mean and driven in creating new markets that make old ones obsolete. Apple has managed to buck that trend mostly by the sheer dynamism of its founder. Apple’s present Chief Executive Officer Tim Cook, is a shadow of Jobs and he follows the playbook set for him without too much tinkering, but that is only until someone who is more like Jobs comes knocking at the door. Tomorrow, for example, if Elon Musk, the visionary of Tesla and SpaceX, set out to challenge Apple or if their worlds clash at a junction, you might see a very different outcome despite the enormous size advantage of Apple.