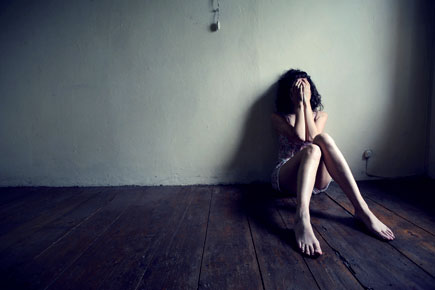 THE HEALTH MINISTER of Karnataka, K Sudhakar, first put a foot in his mouth when he said, at an event to mark World Mental Health Day, that modern women preferred to be single, even if married did not want children, would even go for surrogacy to get out of being pregnant, and all of this just wasn’t nice. “So, there is a paradigm shift in our thinking, which is not good,” he said, blaming it on the creeping in of Western values, but the connection to mental health still being somewhat unclear. A day later, following a spurt of outrage on social media, he tried to take his foot out by making disclaimers. He professed to not wanting to target women and instead, his intention had merely been to emphasise the importance of Indian family values, as it once used to be. “Indian society is collectivistic, and promotes social cohesion and in•terdependence. The traditional Indian joint family, which follows the same principles of collectivism, has proved to be an excellent resource for the care of the mentally ill,” he said in a statement, as reported in The Hindu.

He is party right, and partly wrong. The Indian joint family does take care of its mentally ill, and that is a plus when the state has totally abdicated from any quality care in this field. But it still has little connection to the character of single women. Because the joint family broke up long before single women began to demand an equal place in society. It was anyway not the best of places for women because the system was underpinned by the absolute dominance of men, and even among them by those who had no other merit but to have been born earlier. The older you are, the more the power in a joint family. Women had to be perpetually subservient and if the living conditions didn’t agree with them, they had to suffer through it. This bottling of aspirations and ambitions wouldn’t be very good for their mental health.

The minister harking back to the past as a glorious land forfeited through ignorance is a cliché. It is easiest to spout when even cursory oral histories of every family’s past will open a box full of betrayals, deceits and court cases. As Tolstoy wrote, all families are unhappy in their own way. But the larger they are, the more is the misery. Why else would it break down at all? The joint family could survive only till individuals within it didn’t have an alternative. The minute they found it, they fled. The younger men did so first and then, when the modern era began to empower women, they followed with alacrity. The minister also cited children who don’t want their parents to live with them as yet another instance of this unhappy breakdown. But that is only half the story. Many parents, too, are not particularly keen on the idea, especially when they realise that the sole reason they are courted is for working couplesto foist their grandchildren on them as free labour.