Despite numerous studies showing its consequences, our diet is only getting worse 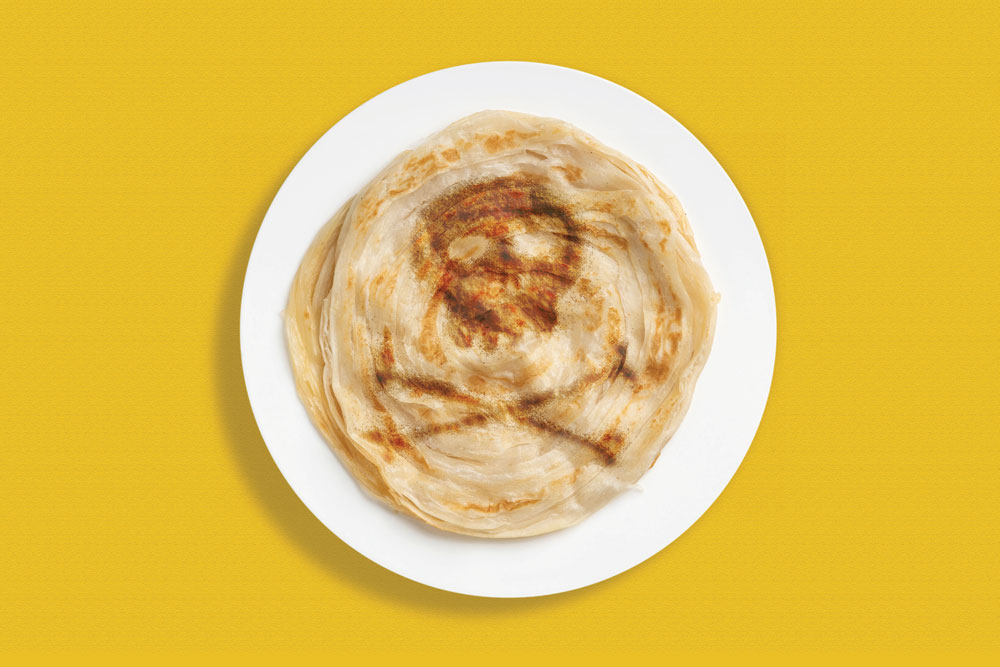 
THE INDIAN COUNCIL of Medical Research (ICMR)-India Diabetes (INDIAB) study is a huge health sur­vey spanning 12 years, between 2008 and 2020, with representation from every state and Union territory. There are as many as 1,13,043 participants and from this vast data, researchers can choose to take slices and do specific stud­ies. One such paper that has just been published looked at the connection between what Indians ate to control diabetes. They took the dietary habits of 18,090 people from the main survey. Blood pressure, readings of fasting glucose, and glucose two hours after a meal were looked at. So, also a marker called hba1c which shows the average glucose in the blood over the last three months. The nutritional profiles—food that humans consume is broadly made up of three macronutrients (carbohydrates, proteins, and fats)—of the participants were correlated to stages of diabetes us­ing these markers. Using statistical models, they estimated that by tweaking the amount of consumption of carbohydrates and proteins by a little, there could be a huge impact on managing and preventing diabetes. At present, carbohydrates in an average Indian’s diet are in the 60 to 70 per cent range. The study found that reducing it to 50 to 55 per cent while increasing proteins to around 20 per cent was all that was needed. The paper published in the journal Diabetes Care noted in its conclusion: “Our results underline the need for new dietary guidelines that recommend appropriate changes in macronutrient composition for reducing the burden due to diabetes in South Asia.”

This is easier said than done because the Indian diet has long been overwhelmingly dominated by carbohydrates. As compared to, say the US, where they account for 50 per cent of the diet, India is at the top tier of nations when it comes to carbohydrate consump­tion, and it is a trend that is going up. A paper on diet composition published in Our World in Data showed that between 1961 and 2013, Indians were eating 213 calories more of carbohydrates daily, a 15 per cent jump. This comes with consequences. In a society where there is a lack of prosperity and access to food, carbohydrates are the best source of energy because they are also the cheapest form of food. That is the reason why carbohydrates became so cen­tral to the human diet, and also why the developing nations are still so dependent on them. Many of the poorest African countries, for example, are the biggest consumers of carbs in the world.

When human civilisation first hit upon agriculture, it was foodgrains, which are almost entirely carbohydrates, that were the most amenable to mass production. They offered quick and immediate energy to the body. Before that, people hunted animals or foraged for plants, which meant that food was primarily protein-driven. Choosing carbohydrates as the main source of energy was a great human invention so long as man ate hand-to-mouth in a subsistence economy. In a world that then hit upon industri­alisation and surpluses kept becoming greater, overconsumption slowly became the norm. It is not a coincidence that lifestyle and metabolic disorders peak just as global prosperity hits a high note.

India had a double whammy on this front. For one, it has in large part a vegetarian diet. There might be more non-vegetarians in the country but even for them, meat is an occasional fare and not a daily staple. Also, post-liberalisation, India became richer and began to turn into a consumption society. Access to different varieties of food became greater. Along with that came a flood of processed and refined carbohydrates. Take Maggi, which is prob­ably the most popular brand when it comes to food in the country. It is one whose growth has a direct correlation to India’s growth. Maggi and most instant foods are processed carbohydrates, which are most easily broken down by the body. Every bestselling food item that you can think of on the shelf of a shop will be carbo­hydrates—biscuits, chips, bread, etc. A 2015 paper, ‘A Historical Exploration of Indian Diets and a Possible Link to Insulin Resis­tance Syndrome’ in Appetite had this to say about the takeover of carbohydrates: “The Green Revolution began in 1960 and the quantities of low-fibre carbohydrates, digestible carbohydrates, refined carbohydrates, and vegetable fat on everyone’s plate, whether vegetarian or non-vegetarian, began to increase. There was a small increase in protein in the case of vegetarians. However, the beans [dals] they consumed as protein offered 48.35 grams of digestible carbohydrate, 2.17 grams of fat, and 24.95 grams of protein per 100 grams of uncooked lentils, according to USDA’s National Nutritional Database. The maximum amount of dal that can be eaten per head per day, in the case of adults, without developing loose stools, is cooked with 70 to 90 grams of raw beans. Most can tolerate no more than 50 grams. Though the vast majority of non-vegetarians reintroduced animal proteins into their diets, most of their meals were no different than those of vegetarians. The reason was that animal protein in this newly independent nation was very expensive and more importantly, in their minds, now linked with decadence—the wasting of money and surrendering to the sense of taste. Portion sizes were reduced and the number of times meat could be eaten was approximately once a week for the reasonably affluent. Those who lived along the coast, and had not switched to a vegetarian faith, had access to fish once again. Cheaper than meat, it could be eaten daily though portion size was linked to affluence.”


THE DIABETES CARE paper that recommended the reduction of carbohydrates in the Indian diet is addressed to diabetics, but it would be wrong to assume that this is a problem for them alone. Excessive carbohydrate consump­tion is a chain that connects obesity to metabolic disorders like diabetes and hypertension, to even mental ailments. A 2020 study published in Diabetologia found that 55 per cent of men and 64 per cent of women above the age of 20 in the metros of India had a risk of developing diabetes in their lifetimes. An article in Nature India on the study said: “The researchers found that metropolitan Indians at every age have an alarmingly high probability of devel­oping diabetes compared with results from high income countries. Women generally had a higher lifetime risk, and the risk was high­est among obese metropolitan Indians: 86% among 20-year-old women and 87% among men. However, normal or underweight individuals were projected to live out most of their remaining years diabetes-free.” Another 2018 paper in Indian Journal of Medi­cal Research looked at the connection between carbohydrates and diabetes in Asians. Titled ‘Are excess carbohydrates the main link to diabetes & its complications in Asians?’, it said in its conclusion: “There is evidence to suggest that excess carbohydrate is linked to both the susceptibility to T2D (type 2 diabetes) and also to poor control of diabetes and proneness to complications of diabetes, par­ticularly in Asian populations. However, more than the number of carbohydrates, it is the quality of carbohydrates that is impor­tant. Thus, there are ‘good carbs’ such as whole grains, legumes, vegetables, whole fruits, nuts, and seeds that can be included in the diet. Conversely, the ‘bad carbs’ such as refined cereals such as WR and white bread, sugar-sweetened drinks or fruit juices, cook­ies, and pastries should be restricted. Ultimately, it is all a matter of balanced diets and moderation in what one eats. It is the key to a healthy diet. The take-home message for Indians [and Asians] would be to cut down the carbohydrate intake from the present 65-75 per cent to around 50-55 per cent, add enough proteins, 20-25 per cent, probably from vegetable sources such as legumes and pulses, and the rest 20-30 per cent from healthy monounsaturated fats, such as groundnut or mustard oil, nuts and seeds. This would make our diets healthier and sustainable in the long run.”

The effect of carbohydrate overconsumption by way of junk foods is also possibly one factor why the age of Indians getting diabetes and lifestyle disorders is getting younger. A study in the Indian Journal of Medical Research published in 2019 titled ‘Young-onset diabetes: An Indian perspective’, said: “An exponential in­crease in T2DM (type 2 diabetes) prevalence in India in the last 30 years has played a major role in contributing to the increased burden of diabetes in the young in this part of the world. The prev­alence of T2DM in India is 8-10 per cent with an additional 15 per cent having pre-diabetes. T2DM in Indian patients is character­ized by lower body mass index (BMI), increased body fat, increased clinical and biochemical measures of insulin resistance and sys­temic inflammation, coupled with one of the highest global rates of pre-diabetes progression to T2DM…T2DM onset in Indians is nearly two decades earlier than in the West.”

The increasing revaluation of carbohydrates in the world of health is also tied to a greater understanding of how insulin malfunctions, not just in people with diabe­tes but also those who don’t have it. Insulin is the hor­mone that makes body cells absorb glucose from the bloodstream. When a condition called insulin resis­tance develops, it leads to this process being disrupted. Its most well-known effect is diabetes. But insulin re­sistance also leads to other complications like obesity and is an indicator of someone who would go on later in life to develop diabetes. One study found that In­dian children were developing insulin resistance at an alarming level. It was conducted on school students in Bhubaneswar between the ages of 6 and 16. They found almost one-third of overweight children had developed insulin resistance. The paper in Frontiers said, ‘Prevalence of Insulin Resistance in Urban Indi­an School Children Who Are Overweight/Obese: A Cross-Sectional Study’, said: “The present school-based study found a high prevalence of insulin resistance (32.3%) among children who were overweight or obese. This could predict an increased risk of future adverse cardio-vascular events in the children.”

Members of the low carb and keto dieting community have long been arguing that the real problem of people becoming fat is not fat, but carbohydrates. To them, the recommendation of lowering carbohydrate intake to 50 per cent of the diet doesn’t go nearly far enough

Members of the low carb and keto dieting com­munity have long been arguing that the real problem of people becoming fat is not fat, but carbohydrates. To them, the recom­mendation of lowering carbohydrate intake to 50 per cent of the diet doesn’t go nearly far enough. Their threshold for carbohy­drates in a diet is less than 100 gm in a day, roughly about two cups of cooked rice assuming no other carbs from anywhere else. This is very hard for Indians to follow unless they turn to meat as a daily staple. But a lot of research is now showing that the effect of carbohydrates on spiking blood sugar can still be mitigated by following some simple steps. One of them is walking for a short spell just after you take a meal. Its effect is almost as good as medication that reduced insulin resistance. Another way in which carbohydrate action inside the body can be tempered is by taking something acidic, like apple cider vinegar, just before a meal. And then there is the simple idea of eating the protein on the plate first and keeping the carbohydrate at the end. All these measures are easy to follow and make a good strategy for living with carbohydrates. Meanwhile, whatever else may be the argu­ment about carbohydrates’ necessity for the body, what is clear to almost everyone is that the current consumption of Indians is way too high and causes too much damage, like a volcano that is seething and has already begun to tip the lava over. Implementing the recommendation to bring the carbohydrate content of the Indian diet to 50 per cent is a necessary first step.