The civil rights icon was a true Gandhian. A personal tribute 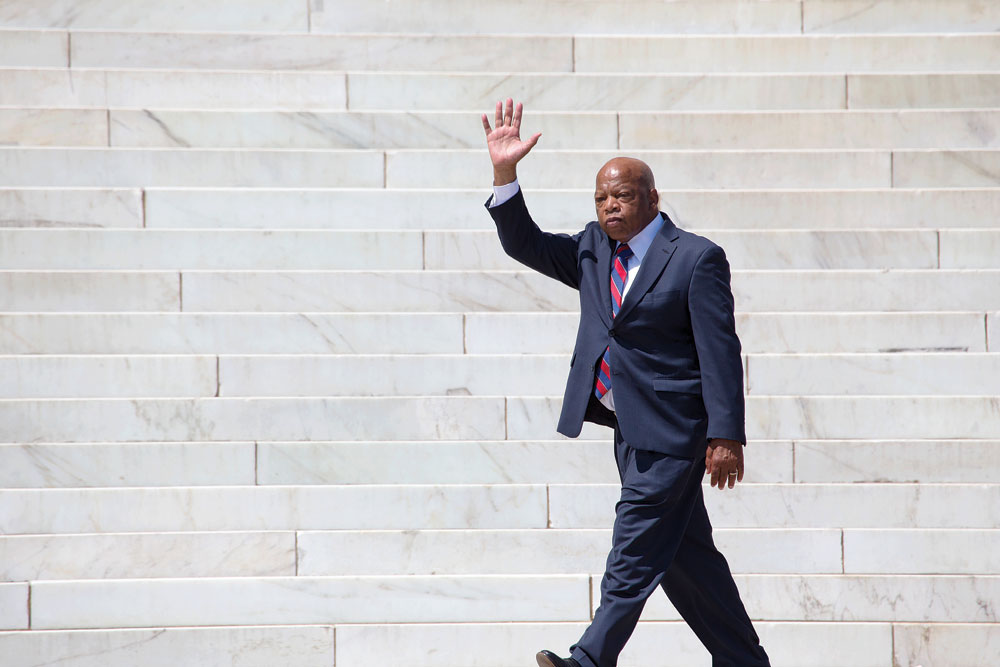 
FOR A LONG TIME, I was obsessed with the idea of telling a story about Mohandas K Gandhi, ahimsa or non-violence. The world was restless and turbulent. Violence, divisiveness and hate had become the new currency of social discourse. In India, Gandhi’s relevance was being challenged with intemperate abuse. Using freedom of speech as a convenient excuse, there began a movement to give his assassins legitimacy. To put them on a pedestal as new heroes and paint non-violence as irrelevant and naive idealism.

On October 2nd, 2019 the world was to commemorate the 150th birth anniversary of Gandhi. I was desperate to make a film to commemorate this anniversary. I was aware that many films had already been made on Gandhi and his struggle. I had to find an original and compelling peg.

An entire generation had been moved by the commanding moral force of ahimsa but that infectious spirit often got lost in the dry recitation of history. New generations have problems relating to icons of earlier eras. That’s why a new approach was needed to breathe life and emotion into telling the inspirational story of just how Gandhi and his message of non-violence continue to be a relevant tool for conflict resolution for the entire world. I envisaged to project Gandhi’s vision of non-violence as a feature-long documentary for contemporary times, parts of which would be played out so that there is a multiplier effect in all forms of modern media, including the digital world.

Non-violence was a creed followed by many, including Nelson Mandela, the Dalai Lama, Václav Havel, the Solidarity Movement in Poland but most importantly by the Civil Rights Movement in the US. With a global arc as its canvas, I hoped the film would underscore the significance of Gandhi worldwide.

The struggle to make an international feature documentary on a shoestring budget was a challenge. But coordinating the dates for interviews with celebrities, who have fully booked schedules, was a bigger challenge.

I had confirmed dates from Rajmohan Gandhi, in New Haven, US; Rev James Lawson had agreed to meet me in Los Angeles a couple of days later. What I needed was a confirmed date from Congressman John Lewis aound this same week.

John Lewis was the towering icon of the Civil Rights movement, one of the youngest members of the Martin Luther King Jr’s core team. If I could not get to meet him or interview him on the Gandhian influence on the Civil Rights Movement, I would be telling the story of Hamlet without the Prince of Denmark. I sent emails to his chief of staff, but there was a stony silence. In desperation I reached out to a friend in DC, working in the State Department.


She sent an emotional tweet to John Lewis, in effect complaining about his chief of staff and how rude and disrespectful that he wouldn’t even reply to a request for an interview on a film being made to celebrate Gandhi and non-violence by an Indian filmmaker. Within 24 hours I received an email from Lewis’ office confirming the date when I could fly down with my camera team. But there was a caveat: Congressman Lewis was busy with events in Charlottesville, and there was a remote chance, but a chance nevertheless, my interview date could be changed. I decided to take the risk. I was also warned that we would get 15 minutes to set up our cameras and lights and it would be a 15-minute interview. Of course, eventually I ended up spending over an hour with John Lewis.

Fortunately Nitin Upadhye, my cameraman, was not only a brilliant artist, but also a disciplined technician. We were given his office to set up the two-camera shoot. He was ready to roll in 10 minutes flat. And as I walked into that office, I felt humbled as if I was on some sacred, hallowed ground. The walls were full of framed images of contemporary American history. There were portraits of Gandhi, MLK Jr, other great Civil Rights Movement leaders and major events which shaped the African American struggle for dignity and voting rights for the blacks. There were pictures of President John F Kennedy, his younger brother and Attorney General Robert Kennedy. And stacked against the walls were huge mounted blowups of historical images which chronicled memoirs of the Civil Rights Movement as it unfolded.

John Lewis walked in sharp at 9.30 AM and shook hands with me. And though he was physically short, morally he was a towering presence. He represented the suppressed and tortured soul of a country desperate to break away the shackles of its oppressive past.

The interview itself was deeply moving, even though there were no embellishments, he recited in a matter of fact monotone, his childhood; a young boy’s bewilderment of seeing signs which segregated the whites and the blacks, the humiliation of being treated as an inferior human being and how very early in his youth he developed a rebellious streak with a passion for getting into “good trouble”.

John Lewis spoke fondly of his pilgrimage to India in 2009 to commemorate the 50th year of Martin Luther King Jr and his wife Coretta’s visit to our country. Just like MLK Jr had remarked in 1959, Lewis too called his visit a pilgrimage

He spoke about the inspirational leadership of MLK Jr and the influence that Gandhi had on all of them, in shaping the Civil Rights Movement. The most moving ancedote he narrated was that of the Freedom Riders. Black folks and whites were not allowed to travel together by bus into many southern states of America, this despite a Supreme Court order. A group of Civil Rights Movement activists, dubbed Freedom Riders, decided to challenge this. When they reached Alabama, an assembly of Klu Klux Klan members was waiting with iron rods and chains. The passengers were beaten ruthlessly, before the police came in to rescue them.

In Lewis’ words, ”My seatmate was a young white gentleman. The two of us tried to enter a so-called white waiting room at a bus station. We were beaten and left lying in a pool of blood. The local police official came up wanting to know whether we wanted to press charges. We said no. We believe in a way of peace. We believe in a philosophy of non-violence, we believe in a way of love. Many years later one of the guys that beat us came to my office in Washington DC. White gentleman in his 70s, his son in his 40s, he said. Mr Lewis I have been a member of the Klan and I am one of the people that beat you. I want to apologise. Will you forgive me? His son started crying, he started crying. I said I forgive you. I accept your apology. They hugged me. I hugged them and the three of us cried together.” Congressman Lewis spoke fondly of his pilgrimage to India in 2009, where he accompanied Martin Luther King III, Ambassador Andrew Young and the jazz legend Herbie Hancock to commemorate the 50th year of Martin Luther King Jr and his wife Coretta’s visit to our country. They followed the same route, including a visit to the Sabarmati Ashram and the Gandhi Samadhi in Delhi. And just like MLK Jr had remarked in 1959, John Lewis too called his visit a pilgrimage, which moved him and the entourage deeply.

After the interview, Lewis showed me the mounted pictures which were stacked against the walls of his office. Some were of the Selma March, where the peaceful protests were met with mounted police and batons which were mercilessly rained on them. Lewis had a broken skull that Bloody Sunday.

There were pictures of the historic March on Washington where Martin Luther King Jr delivered his iconic ”I Have a Dream Speech”.

John Lewis turned sentimental as he took out the last picture of the group of the Big Ten, who had addressed the massive crowd that historic day. ”We were ten of us there,” he said as he showed me the photograph, ”But out of the ten, I am today the only one alive.” With his passing away on July 17th, now there are none of the Big Ten with us. And even as America battles today with the ghosts of its history, trying to come to terms with social divisiveness, with a racist stain that seems stubborn and refuses to be erased, John Lewis, like his mentors Martin Luther King Jr and others, will serve as inspiration and a moral compass.

Lewis had dedicated his life to bring social equity and give voice to the voiceless, extracting concessions of human dignity from the closed fists of white supremacists. Prying those stubborn fists open painfully, finger by finger. But never once abandoning the tenets of ahimsa.

As he said in the interview, ”Gandhi and Dr King taught us and they are still teaching us through their words, their writing, their action that the way of peace the way of love is a much better way. Then we have to come to the point where we lay down the burden of violence, lay down the way of hate and move toward what some of us today call the building of the beloved community. We spoke a great deal about redeeming the soul of America. They have to find a way to redeem the soul of the world and create a world community at peace with itself. It is the power of the teaching and the philosophy of nonviolence. And America today it is a better country. We’re not perfect we’re not there yet, but if it hadn’t been for the teaching of Gandhi I don’t know what it would be as a nation and as a people. I have said to President Barack Obama on one occasion I said Mr President, if it hadn’t been for Gandhi and Martin Luther King Jr, you wouldn’t be President of the United States of America.”

Meeting Lewis was to be in the presence of a true American hero. A Gandhian who symbolised the tenets of ahimsa. A man who believed in a simple philosophy, that if you saw something that was not fair, not just, not right, you had a moral obligation to do something. Stand up. Speak up. Speak out. There is a lesson in it for all of us.

Ramesh Sharma
Ramesh Sharma is an Emmy-nominated, national and international award-winning filmmaker whose latest film Ahimsa: Gandhi—The Power of the Powerless is ready for worldwide release 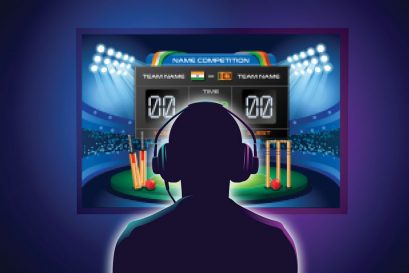 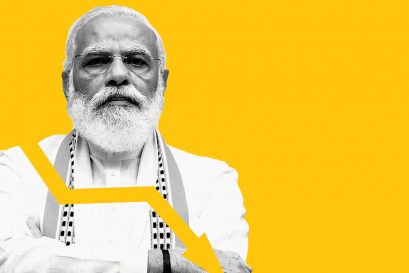 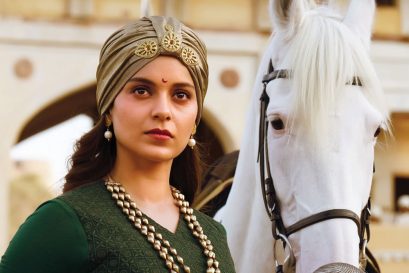