The End of PUBG

The ban will no doubt hurt PUBG’s creators 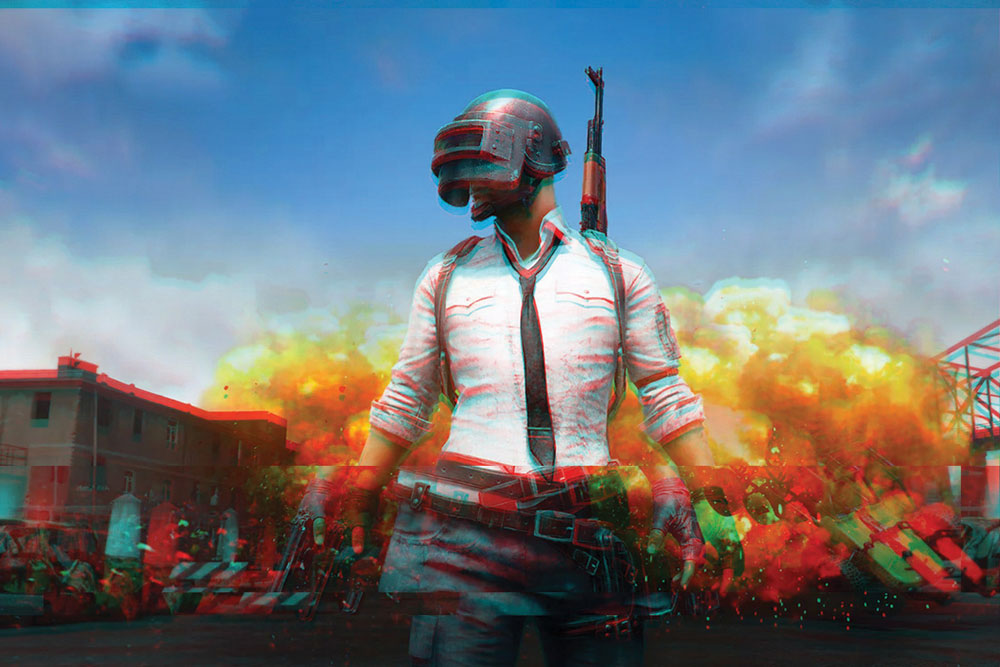 
MORE THAN A MONTH ago, when India first banned a number of Chinese apps, it appeared that the popular mobile game PlayerUnkown’s Underground Battlegrounds (PUBG) would scrape through. Those connected to distributing and organising official events around the game in India argued that the game wasn’t exactly owned by a Chinese company. They hoped the game’s somewhat complicated ownership—involving a South Korean company that first developed the game created by an Irish game developer, but which later collaborated with Chinese tech company Tencent to develop and distribute later mobile versions of the game—would see it through.

But that wasn’t to be. In the latest wave of Chinese app bans—ostensibly for security-related purposes, although this follows the latest border skirmishes—the biggest casualty is PUBG. Both mobile versions of the game played in India now stand banned.
PUBG’s growth in India has been a remarkable story. Much like how TikTok transformed social media in India, bringing within its fold audiences that had until then remained largely untapped, PUBG transformed the country’s gaming scene. Even that is an understatement. Huge audiences weren’t just playing PUBG. They were also watching it. And with that transformation of PUBG (not just as a game to play but also as a spectator sport) came large national and international tournaments, the creation of celebrity players and teams, endorsements and the ilk.

The game had always been popular ever since its mobile version reached India about two years ago. But until 2019, it was viewed with scepticism. Parents often complained about it, newspapers talked of its addictive nature, and there were even calls for its ban (not because it was Chinese-owned but because parents felt it had an unhealthy impact on their young wards). Even Prime Minister Narendra Modi once asked a woman at an event, when she informed him that her son was hooked to online games, “PUBG wala hai kya?”

India has never really had an e-sports market. Those who played on consoles and gaming personal computers were negligible. But the arrival of cheap mobile phones and data connections, coupled with the emergence of PUBG’s mobile versions, jumpstarted India’s e-sports scene. Many foreign e-sports companies began operations in India. Teams of professional players emerged who became celebrities in their own right within this world.

In contrast to the scepticism with which the game was seen in its initial period in India, the game soon burst forth into the mainstream. Large brands flocked to this entirely new medium of such a young and captive demography of players and their audiences. There would be brand tie-ins where cricketers would interact with the game’s celebrities. Bollywood film promotions happened here. Unsurprisingly, an ecosystem of professional players, coaches, people who earned money live-streaming their matches, sleek content creators and even commentators of the game emerged. Some of the games even began to be telecast on TV (MTV).

The reason the game escaped a ban two months ago is probably because of its complicated ownership pattern. The game—premised like the film Battle Royale (2000), where individuals must survive on an island by killing their opponents—was first created by an Irish game developer (Brendan Greene) and developed by PUBG Corporation, a subsidiary of South Korean videogame company Bluehole, for PC and console versions back in 2017. The so-called Chinese element in the game’s ownership came with the mobile version. Chinese conglomerate Tencent, collaborating with PUBG Corporation, released mobile versions of the game. PUBG Mobile couldn’t be published in China because of the game’s violent nature. Instead, a tamer version, titled Game for Peace, had to be launched there.


PUBG took off in India not just because of the game’s addictive quality. For the first time, such a rich gameplay experience could be had on a device worth just a few thousand rupees. The game’s developers did appear to be anticipating trouble. At the end of July, it issued a revised privacy policy stating that all collected data from Indian players would be stored on local servers. The ban will no doubt hurt PUBG’s creators. India is its largest market

But PUBG Mobile did start to become something of a phenomenon elsewhere, particularly in India. The developers even came out with a version, PUBG Mobile Lite, that could easily be supported on inexpensive phones with poor processing ability. One of the reasons the game took off here is not just because of the game’s premise or its addictive quality—rather that, for the first time, such a rich gameplay experience could be had on a device worth just a few thousand rupees.

The game’s developers did appear to be anticipating trouble. At the end of July, it issued a revised privacy policy stating all collected data from Indian players would be stored on local servers within the country. But that hasn’t passed muster with regulators. The ban will no doubt hurt its creators. India is its largest market. According to reports, of the estimated 500 million-plus who have downloaded this game on their phones, between 140 million and 150 million did so in India alone. “If you ask me about DAU [daily active users] and MAU [monthly active users], there are no official figures. But last I heard, between 30 million and 40 million play the game daily. About 60-80 million on a monthly basis,” Sidharth Kedia, CEO of Nodwin Gaming, the Indian e-sports company that organises PUBG Mobile’s professional tournaments in India, told Open recently.

The ban comes at a time when the game was becoming even more popular. The Covid-19 outbreak and the resulting lockdown meant more people were playing the game. According to analytics firm Sensor Tower, the game was downloaded more than 54 million times in India just in the first half of this year. “We’re seeing 400 to 500 per cent kind of growth in watch-time, play times, interactions, registrations. Everything. It’s like exploding right now,” Akshat Rathee, the cofounder and managing director of Nodwin Gaming and one of the earliest Indian e-sports entrepreneurs, told Open recently.

Tencent appears to have been particularly hard done in this recent wave of bans. Not only has PUBG been banned in this round (and WeChat a month ago), several of its other apps have also been dealt the same treatment. From its cloud storage app Weiyun; stock-tracking app Watchlist; online games like Ludo World, Arena of Valour and Chess Round; to multiple versions of its WeChat apps that escaped scrutiny the last time round, have now been banned. But its apps are only one (and most public) aspect of its business in the country. Over the last year, Tencent has emerged as one of the largest investors in India’s startup industry. It has made several investments, from Swiggy, Dream 11 to Flipkart and Practo. And on the day the ban on its apps was announced, news also emerged (reported on the website Entracker) that it had invested $40 million (via its European subsidiary Tencent Cloud) into the Times Group-owned music streaming platform Gaana, a significant investment considering the economic climate.

But Tencent won’t be the only one hurting from this ban. Just as the ban on TikTok left a big group that depended on this medium as a source of employment in the lurch, this ban too is likely to affect many more—and not merely gamers.