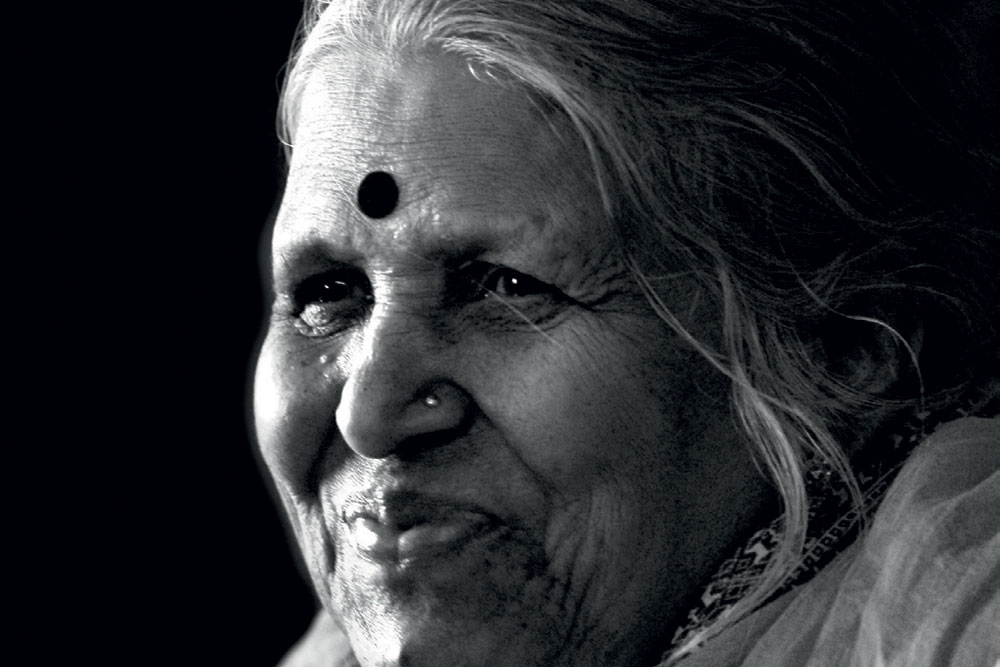 
SINDHUTAI SAPKAL, THE septuagenarian who died recently, was a well-known social worker in Maharashtra, commonly referred to as Anathanchi Maye (the mother of orphans). Sapkal led a remarkable life. Born to penury and married off at the age of 10 and later abandoned, she survived, along with a daughter, by begging for alms, but later acquired fame for her work in raising orphans. It is estimated that she raised thousands of children in her lifetime, some of them going on to become professionals and social workers themselves. In an interview with Open a few years ago, the filmmaker Anant Mahadevan, who made a national award-winning film based on Sapkal’s life, remarked, “Her life was so dramatic. I had to actually tone it down; otherwise, people would think I was making a melodrama out of her life.”

Born to a poor family of cowherds in a village in Maharashtra’s Wardha district just a little over a year into the country’s Independence, Sapkal was married as a child to a man nearly 30 years her senior. She was pregnant with a fourth child when she was thrown out of her house. A local landlord had spread rumours that she was pregnant with someone else’s child. She delivered the child in a cowshed, and then survived by begging for alms on trains and sleeping in cemeteries because she realised, she would say, that it was the one place where a single woman would be safe from men. Later, she put her daughter in an orphanage.

It was a tragic life, and one unfortunately not so uncommon for women until recently in the country. But what made her life remarkable was the ability to see that even while engulfed in her own misery, there were others equally miserable, and that she, despite her lack of resources and seeming helplessness, could help them.
She began by opening a small orphanage, which was essentially a hut, for some tribal children in Maharashtra’s Amravati district. She had landed up in this area while begging on trains and got involved in an agitation for the rehabilitation of tribals who were being evicted from a forest region to build a tiger reserve, and upon learning of abandoned children, decided to care for them. She would then go on to establish two more orphanages.

She used her growing fame to support these orphanages, travelling long distances wherever she would be invited, and then asking her listeners to contribute. “Bhaashan nahin toh raashan nahin (If no speech, then no rations). I am a beggar and beg you to fill my jholi,” was how she solicited donations from the gatherings that invited her to speak.

Sapkal struggled for most of her life with little recognition, or the help that comes with it. But this changed in later years. She won multiple awards, including a Padma Shri last year, had a biopic made on her, featured in an episode of Kaun Banega Crorepati, and when she passed away, several politicians and celebrities expressed their condolences. A few years ago, when one of her orphanages got caught up in a bureaucratic nightmare because it had been shifted to a new building in Pune, an online campaign got the chief minister’s office to make the obstacles disappear within days.

Her success as a social worker, however, comes with its own trap. The day-to-day upkeep of Sapkal’s orphanages might be managed by others—for instance, her daughter Mamata runs one of them in Pune—but it is one that has so far been entirely dependent on Sapkal, and her ability to use her personality and story to loosen others’ purse strings. Perhaps the government or charitable institutes will come forward to fill in some of the void left behind by Sapkal for her orphanages.

For all our progress, India remains a tough place for people without familial support. There are cracks everywhere, and when children who have been abandoned or lost their families fall through them, there is little of that proverbial safety net to catch them. Sapkal, once abandoned and helpless like these children, saw them and protected them.