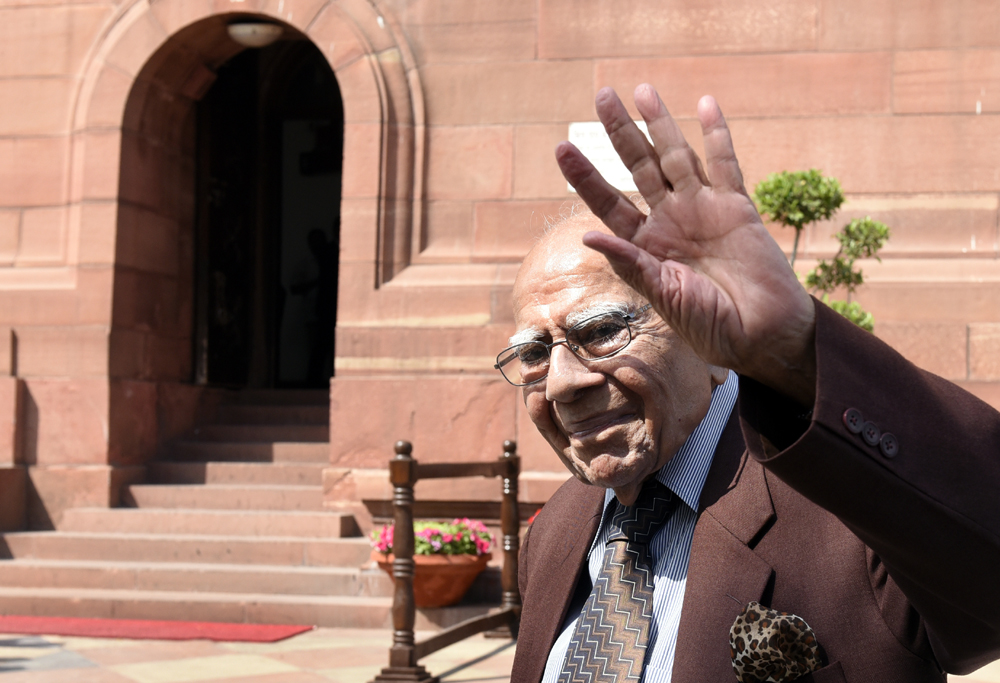 Ram Boolchand Jethmalani, former Union law minister and noted lawyer who died aged 95 on September 8, was the most brilliant legal professional the country has ever seen. He was invariably there for everyone who needed him. He was also a human rights defender. True, I did not approve of his appearing against social activist Teesta Setalvad who, of course, defended herself, but then all that had to do with his political affiliation of the time. In fact, Jethmalani defended Afzal Guru (who was later executed) against all odds and braved the storm of public opinion. That was indeed an act symbolic of his immense courage and conviction.

He had the guts and the standing to warn judges where they were wrong – and that only reinforced his self-confidence and in-depth knowledge of law. For a highly successful lawyer known for his longevity in life as well as profession, he had handled extremely high-profile as well as controversial cases.

Towards the end of his life, he fell out with Prime Minister Narendra Modi with whom he had shared good ties earlier, but I frankly don’t know much about that. As far as I am concerned, he bonded closely with me as someone from his own “village” in Shikurpur, Sindh, which is now in Pakistan. We had a common dream: to see greater levels of friendship between India and Pakistan, two countries that are legatees of one civilization. But that dream still remains a far cry.

Jethmalani was a votary of a democratic solution to the problem of Kashmir and was willing to be a mediator who could help thrash out a peace formula. That too remains an unfinished agenda and he is now gone. Between us, we often spoke in Sindhi about his days on the banks of the river Indus where as a young man he swam, gossiped with friends and enjoyed life to the fullest. He had fond memories of the time he had spent there. Jethmalanni said to me once, “We Sindhis make good lawyers,” and I wholeheartedly agreed with his view. And among us and the rest, he was not only a good one but undisputedly the best.

There will never be another Ram Jethmalani. I will miss him.