The man who staged the Mahabharata for the world 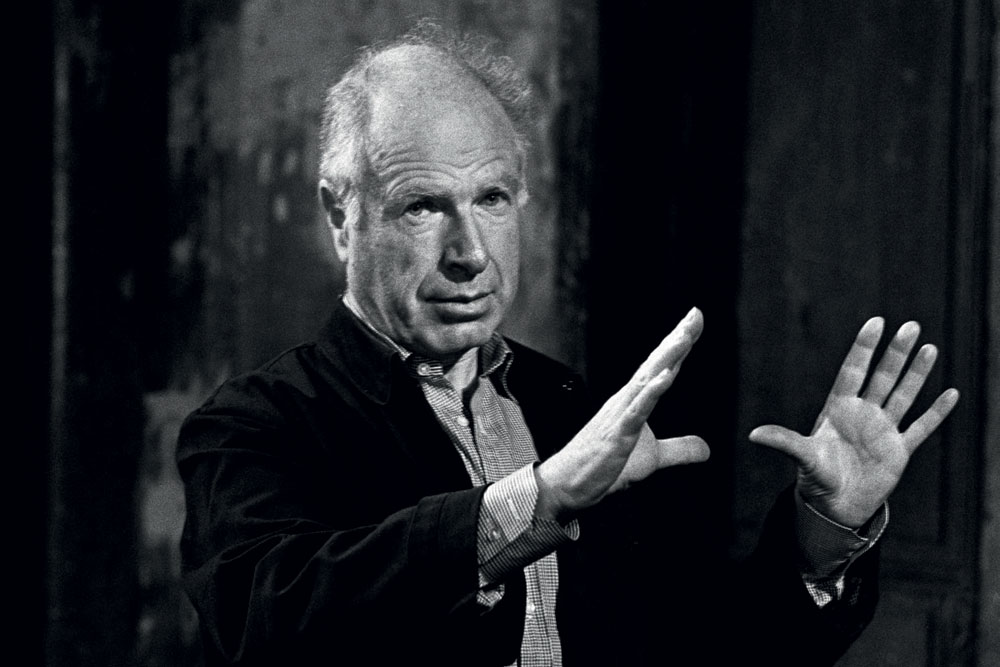 
MUCH BEFORE BR Chopra’s Mahabharat on Doordarshan took over from where Ramayana left off and stopped all traffic in ’80s India, Peter Brook had toured across borders with a unique, multicultural epic that opened the world’s eyes to India. Stripped of the opulence usually associated with the performance of the epic, draped in costume designer Chloé Obolensky’s sensually elegant, yet spare clothes, actors from the world over spent hours rehearsing to get into the skin of the characters. It was a poetical history of mankind, as sage Vyasa says at the beginning of the performance, and it required that reverence.

“This stripping down solved one of the biggest problems of the staging of the The Mahabharata—the problem of cardboard crowns,” says Mallika Sarabhai, who played Draupadi, and often clashed with Brook, who died this week at 97. “Why wouldn’t I?”, she asks with a laugh, since he represented to her the Anglo-Saxon patriarchal view of the world. She, steeped in Indian storytelling, the child of one of India’s foremost dancers, Mrinalini, and one of the country’s premier scientists, Vikram, knew of the many versions. When he saw her point of view, it infused the epic with stunning edginess, such as the scene where Draupadi washes her hair in the blood of Duryodhana.

Brook’s audacity in recreating the entire epic, rather than just sections as had often been done in dance and drama before, also opened the possibility of a new kind of engagement with the audience. It elevated them, enlightened them, and often even infuriated them. Sarabhai recalls some Indians visiting her backstage to remark upon the casting of Black actors in principal roles. Others, women in particular, would chase her down the street telling her how Draupadi for them embodied everything a woman should be and should do—be vulnerable and strong at the same time. The part where Sarabhai’s Draupadi tells Yudhishthira: “I was dragged in front of all the men clothed in a single robe, stained in my own blood. The sight of a woman made men laugh. My husbands were there. I needed their aid. But Duryodhana is still alive. I despise your strength.”

It set the stage for many contemporary retellings of Draupadi, which extend from Sarabhai’s own work to that of many writers.

Indeed, in Brook’s staging, as Vyasa tells Janamejaya, if you listen carefully till the end, you will be someone else. Brook’s The Mahabharata, written with French playwright Jean-Claude Carrière, changed many lives, not the least of its performers, from the great Sarabhai to the brilliant and then 12-year-old Akram Khan. It altered the way the stage could be occupied by a play. It also made the world aware of how contemporary the epic was, whether it was in the annihilation of the earth evoking images of the nuclear holocaust— decapitated heads and rotting carcasses, or in the importance of dharma.

Brook’s nine-hour staging of The Mahabharata in 1985 toured the world for four years, was converted into an Emmy award-winning mini-series, and became a cultural phenomenon. But that was not the only accomplishment of the great theatre director, who worked at the Birmingham Repertory, the Royal Opera House, and the Royal Shakespeare Company (RSC) before setting up an international repertory in France.

At the RSC, he worked on Shakespeare’s plays with some of the greatest actors of his generation, from John Gielgud to Laurence Olivier. He collaborated with great poets, such as Ted Hughes, or costume designers, such as Sally Jacobs, to give fresh interpretations to long-accepted texts. Whether in the cinema or on stage, he was a storyteller and his genius was the ability to embrace diversity much before it became a buzzword. Perhaps it was the fact of his birth (he was the son of Lithuanian Jews from Latvia) that gave the Chiswick-born boy such a global outlook. He kept his mind sharp and his heart open. As Krishna tells Arjuna in The Mahabharata, “If your heart breaks, closes up, becomes bitter, dark or dry, the light will be lost.” Peter Brook never let the light in him die.