A hardliner with no constituency or charisma, he epitomises a Taliban controlled by Pakistan 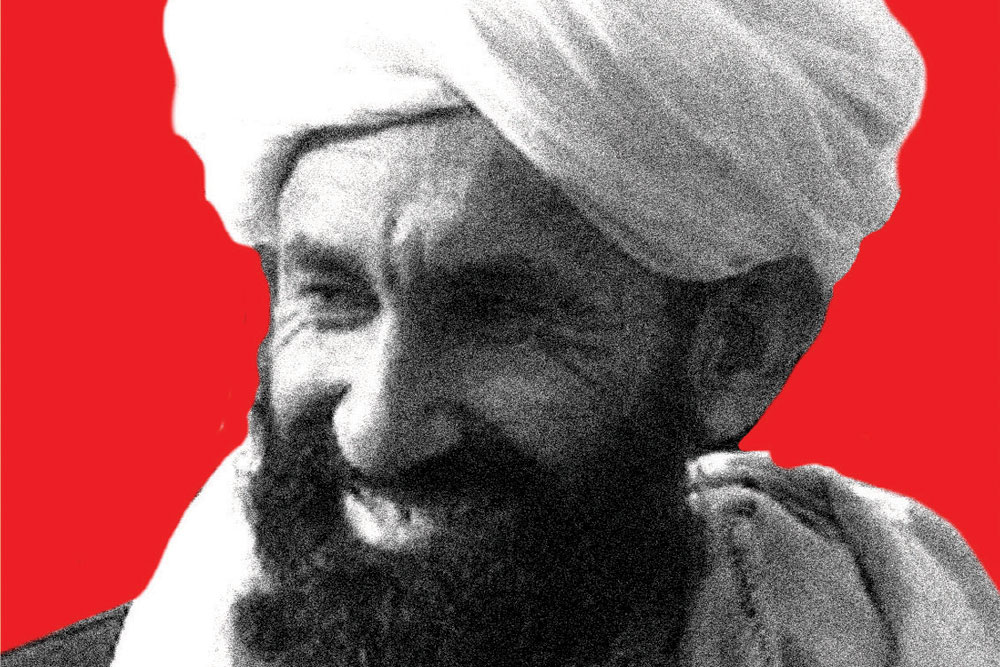 
There are two Taliban leaders from Kandahar with the same name: Mullah Mohammad Hassan. Both had occupied the post of the governor of Kandahar. Both were close associates of the dreaded founder of the outfit, Mullah Mohammed Omar. The more famous one used to be a one-legged veteran of the war with the Soviet Union, and is now no more. A passing mention of the second and the lesser-known Hassan appears in former Taliban ambassador Abdul Salam Zaeef’s My Life with the Taliban.

For someone who was also foreign minister and deputy prime minister during the Taliban rule of Afghanistan from 1996 to 2001, the newly appointed ruler of the interim government of Afghanistan, who is also known as Mullah Mohammad Hassan Akhund, has kept a low-profile. It was, in fact, his stature as a lightweight, despite him being a hardliner, that finally made him suitable for the top post and acquire an edge over the popular Mullah Baradar, who is now his deputy in a cosmetic role.

In the UN Security Council’s ‘sanctions list’ published in 2011, the new head of state of what would be titled the Islamic Emirate of Afghanistan appears as “first deputy, council of ministers, under the Taliban regime” and as “foreign minister”. The document is uncertain about his date of birth, estimating it as either between 1955 and 1958 or between 1945 and 1950. He was born in Pashmul village, Panjwai district, Kandahar, says this document.

Even though Hassan played a crucial role in the ordering of the destruction of the Buddha statues of Bamiyan in 2001, which triggered a global outcry, he managed to keep his profile low there as well, with the blame largely falling on Omar and Abdul Wali, the then minister for ‘the propagation of virtue and the prevention of vice’. Hassan has regardless parleyed tirelessly with Pakistani leaders, including prime ministers and foreign ministers, besides the Inter-Services Intelligence (ISI), Pakistan’s intelligence agency. Hassan, the long-time head of the Taliban’s decision-making body Rehbari Shura, or leadership council, stayed away from the limelight until he was named the head of state with the blessings of the supreme leader of the Taliban, Haibatullah Akhundzada.

Equally mysterious is his rapid rise within the Taliban as someone who has not fought against the Soviets as opposed to most of Omar’s close associates. A hardliner among hardliners, he is seen as a votary of the most brutal of medieval-era punishments. Which is why when his name was announced, scholar Rina Amiri, Senior Fellow, Center for Global Affairs, New York University, who follows Afghanistan and Pakistan closely, tweeted, “Takeaway from the announcement of Taliban caretaker gov composition: The hardliners have won and whatever hope for a ‘rehabilitated Taliban’ can be put to rest.”

Hassan is a leader without a constituency and, therefore, malleable. It comes as no shock then that his name came up for the top slot shortly after ISI chief Faiz Hameed landed in Kabul ahead of government formation. Author Adrian Levy tells Open that Hameed’s trip had two purposes: to create an interim government around Mullah Omar loyalists to keep Kandahar and Jalalabad (where various factions of the Taliban are based) happy. He goes on about what he understands as Hameed’s other plans in the country: “And then to visit Tajikistan where he was trying to reach a settlement with (Ahmad) Massoud and pro-Panjshir Valley Tajik forces as they bombed and stopped the Taliban advance. Which is why it (the Taliban advance) stopped short of the mountains where Massoud is now.” Ahmad Massoud is the son of the legendary Tajik-origin leader Ahmad Shah Massoud.

Hassan is a consensus candidate of both the Haqqani Network—which since pledging allegiance to the Taliban in 1995 has become very much part of it—and other powerful factions within the Taliban.

Now, of the 33 Afghan cabinet ministers, 30 are Pashtun, two ethnic Tajiks and one Uzbek. There are no members of the persecuted Hazara minority in the ministry. It has no women either. Seventeen ministers are on the UN sanctions list over terrorism. Sirajuddin Haqqani, the acting interior minister, is a most wanted man of the Federal Bureau of Investigation (FBI).

For his part, Hassan boasts of a Pashtun lineage from Ahmad Shah Durrani, the founder of modern Afghanistan in the 18th century, and has the advantage of administrative experience. But more importantly, unlike Baradar, who was a contender for the top administrative post and was arrested and imprisoned in Pakistan in 2010 until the Americans wanted him for the Doha talks, Hassan is friends with the intel and army brass of Pakistan.

A greater role for the ISI in government formation is indeed confirmation that the Taliban isn’t as cohesive as it was under Omar. In the absence of a charismatic leader like Omar who was revered as Amir al-Muminin (Commander of the Faithful), the prospects of warring Taliban factions holding Afghanistan together for long looks uncertain.