Lesson from a Wuhan Lab 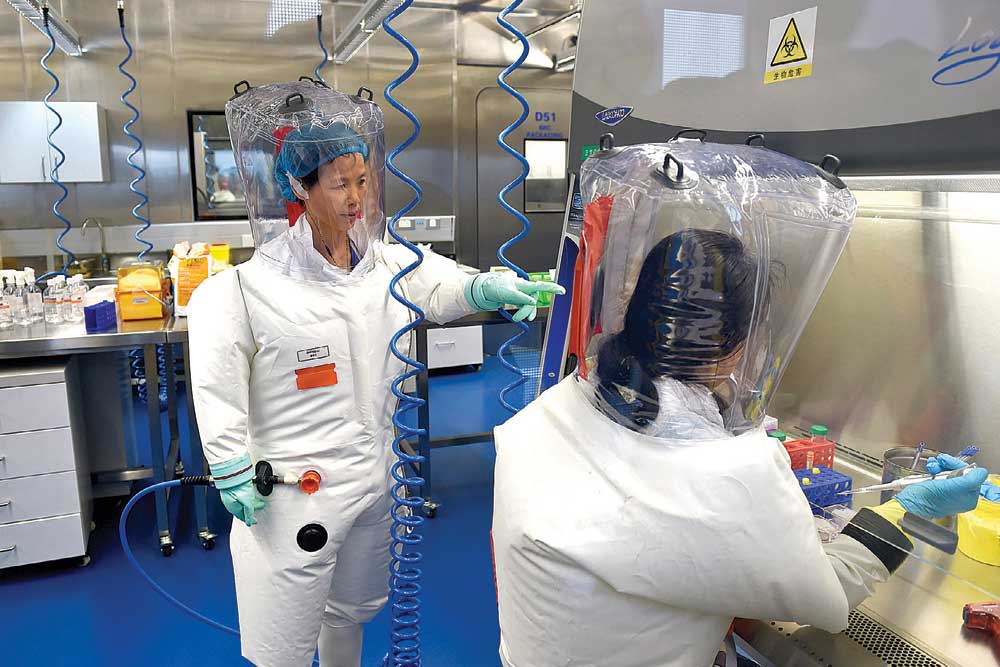 
A BAD CONSPIRACY THEORY, like the existence of god, need not have any basis in empirical reality. It is entirely a function of the numbers. You have a billion people believing in a fiction, it becomes a religion, respected by even non-believers. If there are only 100 people, then it is a cult, ridiculed by everyone. A good conspiracy theory, on the other hand, is well-rounded and makes perfect logical sense. It is only when you dig a little deeper that the flaw emerges, which makes the edifice crumble.

What also sustains conspiracy theories is that occasionally one of them turns out to be true. We are possibly in the middle of that moment with the origins of the novel coronavirus. Till just a couple of months ago, anyone who said that the virus was not of natural origin was either a gullible sucker or had malicious intentions. Now, the mountain of doubt seems to be rising with every passing day. This week, the Wall Street Journal broke a story that said US intelligence had reliable information that three scientists in a laboratory at Wuhan that was doing research on coronavirus had fallen ill in November 2019, just before the pandemic began, with symptoms that looked like that of a Covid infection. From what was once a correlation—what are the odds of a laboratory that did research on exactly this subject being next door to the outbreak of a natural mutation—each new bit of
information is signalling why it doesn’t have to be a coincidence. A lengthy article by science writer Nicholas Wade had pieced it all together. The lack of adequate safeguards in the laboratory, the nature of research being exactly what would lead to such a virus without the telltale signatures and so on. From cult, the theory became religion with that article, and it also offered substantial basis for the proof of god.

Assume still, for the moment, that the lab leak is imagination, and you run into another factor about conspiracy theories. They get fertile soil in the absence of truth. It is a little like how gods came to birth when humans had no understanding of the forces of nature that towered them and so created entities that explained them. The Chinese government has offered nothing from the laboratory’s data that would show, one way or another, what happened. This is possibly just how the Chinese regime functions. That which need not be hidden shouldn’t be is only something that applies to liberal democracies. The Chinese government looks at all information as secret. It is also convinced about its superpower status and sees no reason for appearing weak. But what would have been a containable loss of face, since a leak is after all an accident, they now deal with extraordinary consequences, like relationships with other countries reaching breaking point. And this is only the beginning of the fallout.