A law graduate, Gouri was a true visionary of Kerala. Her vision of governance was shaped by her understanding of her fellow citizens 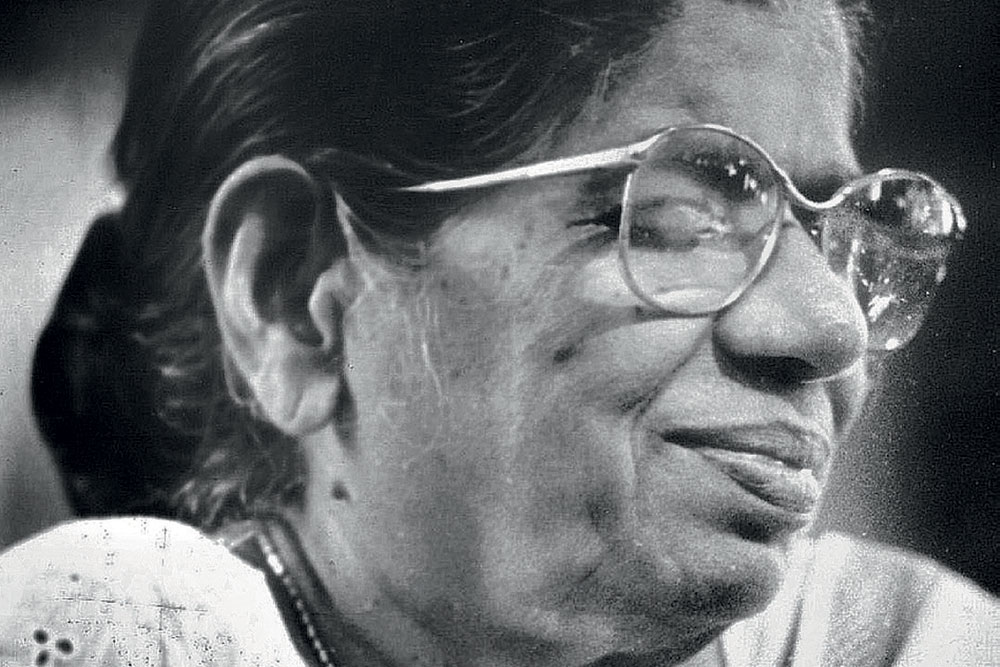 
WHEN I WAS a child, she was known as KR Gouri. By the time I became a journalist, she had become Gouri Amma. ‘Amma’, or mother, was a token of respect. Personally, it always reminded me of her famous quote: “If the lathis could reproduce, I would have delivered a thousand lathi-babies.” She was, in fact, referring to police torture in custody in the 1940s. ‘Amma’ also brought to my mind those nasty slogans raised against her:

These were disgusting remarks on two miscarriages she had suffered and that she had no children. Somehow, children and family were not her priorities. Even if they were, it was reprehensible to insult this icon of Kerala’s women’s political empowerment over her reproductive health.

A law graduate, she was a true visionary of Kerala. Her vision of governance was shaped by her understanding of her fellow citizens. For instance, during the Covid-induced lockdown, one of the speeches that got dug up from history was hers. She had proposed a lockdown in the 1950s to check the outbreak of diseases back then:

“Cholera and smallpox are spreading from house to house. To contain the spread, can’t you prevent people from moving out? Can’t you announce through the loudspeakers of the police that no one should move out of the houses with patients? Why can’t you make the people of the houses where the disease is detected to stay back in their houses? If they can’t go out, they won’t have food. The government should provide them rice. You are not ready for that. As a member of the opposition, let me tell you, if you have any responsibility towards this country, please let the people of the houses infected stay in their houses. The government gives them and the midwives who attend to the labour of the women in these houses, rice for their food.”

Hers was not only an appeal for a lockdown, but it was also a reminder that power is not about governance alone. Gouri had always placed governance and social justice first and electoral win last. As minister in various governments in her state, she handled crucial portfolios such as excise, revenue and industries remarkably well, even better than most of her male counterparts. Ever since she entered student politics under the spell of her brother KR Sukumaran in the first part of the last century, there was not a minute in her life when she was away from the people. She became associated with the undivided Communist Party first as a lawyer. Then, in 1948, she was awarded party membership by the legendary P Krishna Pillai. The same year, she contested elections to the Travancore Assembly (in the days before the formation of Kerala in 1956). Although she didn’t win, the elections helped her emerge as a formidable voice of her party.

The Communist Party was banned the same year and she was arrested and sentenced to six months’ imprisonment at Poojappura central jail in Thiruvananthapuram where one of the tall leaders of the party, TV Thomas, was also serving a sentence. It was here that Cupid struck. They fell head over heels in love. Later, she contested and won the 1951 provincial election from prison. In the first elections held in unified Kerala, in 1957, when the Communist Party of India swept to power, Gouri was named minister for revenue. On the sixth day at work, she introduced an ordinance to prohibit the eviction of tenants from their land. She also tabled the Agrarian Relations Bill a few months later. Aged 38, she was the only woman in the first cabinet. She went on to serve in six cabinets over the next decades, handling portfolios including excise, law, agriculture and social welfare.

She is often described as one of the most efficient administrators the state has ever seen. She was instrumental in framing the historic Land Reforms Bill, the Women’s Commission Bill and the Anti-Corruption Bill. She also played a pivotal role in the creation of the largest IT park in Kerala; the state-run milk cooperative Milma; and the Cashew Corporation. She was always full of ideas.

Without doubt, she is one of the founders of a new Kerala. She deserves our gratitude.

It so happened that Gouri couldn’t marry Thomas until she was 38—that is, until the party granted permission. The marriage took place long after they fell in love. The first minister couple in independent India had a turbulent marriage because of Thomas’ affairs. But it was the party that ultimately separated them. In 1964, when the Communist Party split into CPI and CPM, Thomas decided to stay with CPI while Gouri joined the breakaway CPM. Although she took leave from the party to save their marriage, the rift between the parties affected them too. After the 1967 Assembly election, although Gouri and Thomas were both named ministers, they were disallowed by their respective parties from staying in the same bungalow. Imagine the irony of it all: the couple that left for Thiruvananthapuram in the same car, had to leave in different cars after the swearing-in, she for her ministerial bungalow Xanadu and Thomas for Rose House, which had a wall in between. They brought down the wall, but one day she found the wall rebuilt.

It is said that they were separated by that wall, literally as well as figuratively. Thomas died in 1977 battling cancer. And when she requested permission to be by his side, the party granted just two weeks. It was reported then that when he died, she didn’t cry. A film produced in 1990 based on their tragic love story was a superhit.

Gouri was unofficially pitched as the chief ministerial candidate of her party in the 1987 election. The slogan, “Keram Thingum Kerala Nadu KR Gouri Bharicheedum” (the land of coconuts will be ruled by KR Gouri), echoed all over. Once the election was won with 78 seats, her senior party colleague EK Nayanar was named chief minister. She stormed out of a party meeting and drove back to her house in Chathanadu, Alappuzha district, shut herself in a room and refused to either attend phone calls or open the door. Finally, it was CPM veteran PK Chandranandan who pacified her and goaded her to join the ministry. Nonetheless, the rift continued to widen. Her decisions as industry minister were not in line with that of the party’s trade union, CITU.

By the time I became a journalist trainee, the fallout was complete. After her expulsion from CPM in 1994, she formed a new party, later joined the rival Congress-led United Democratic Front (UDF) and became minister for agriculture. She continued to contest polls, but lost in the 2006 and 2011 Assembly elections. After the 2011 election, she retired from parliamentary politics.

When she retired, she was 92. But her life in politics was not destined to end. Many years later, her 100th birthday was celebrated in 2019 by the CPM-led government with much fanfare. Chief Minister Pinarayi Vijayan travelled to Alappuzha from the state capital to cut the birthday cake. He even recited the poem written on her by noted poet Balachandran Chullikkad—which, interestingly, was penned when she was expelled from CPM in 1994.

The party that had expelled her decades ago draped a red flag on her dead body, a rare honour and a climbdown in the scheme of things for a communist party. Gouri died proving that Simone de Beauvoir was right when she said, “If you live long enough, you’ll see that every victory turns into a defeat.”