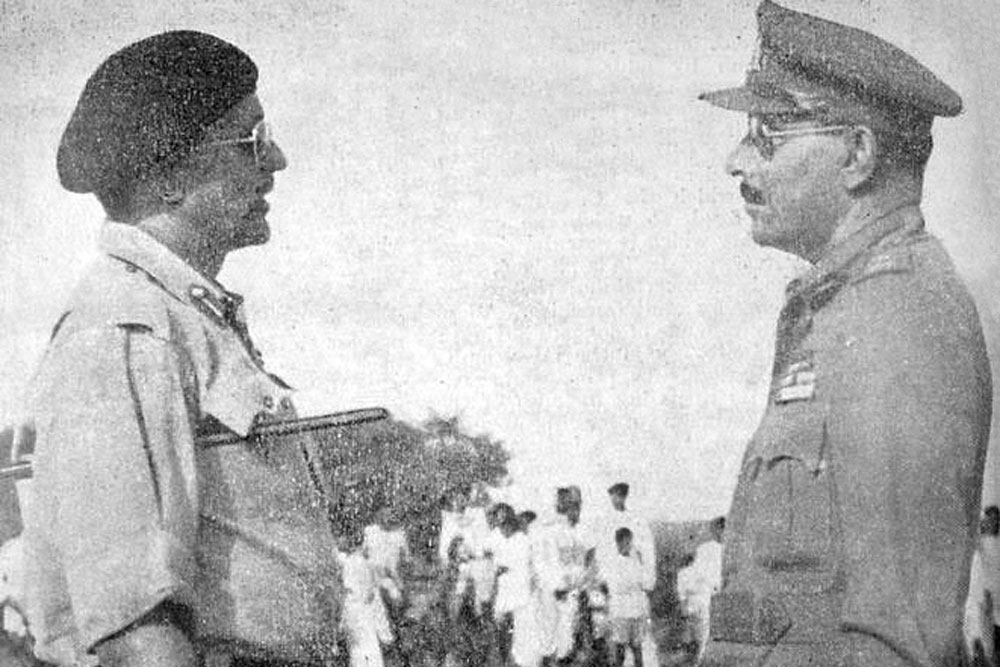 
A new political joust is underway with BJP upping the ante over 75 years of Hyderabad becoming a part of India after a military operation with the Centre planning year long celebrations and the TRS planning a counter show as both look to out fox each other in a play of politics and emotions. While BJP is looking to pin down TRS over its alliance with AIMIM, the latter accuses the saffron party of politicising the event.

To mark the 75th year after Asaf Jah Nawab Mir Osman Ali Khan Bahadur, the then ruler of the princely state of Hyderabad, refused to accede to newly-independent India and was consequently overthrown in a military operation code named Operation Polo, the Centre has decided to kick off grand year-long celebrations with a massive public meeting on September 17 presided over by Union Home Minister Amit Shah. While Maharashtra and Karnataka officially commemorate the day as Marathwada Liberation Day and Hyderabad-Karnataka Liberation Day, the Centre is now helming celebrations across all three states under Azadi ka Amrit Mahotsav.

In Telangana, the BJP-led Union Government has decided to call it Hyderabad Liberation Day. According to a statement by the Ministry of Culture, Government of India, the commemoration is aimed at honouring those “who gave up their lives for the merger of the State, then under the rule of the Nizam”. In response, the Telangana Rashtra Samithi-led state government has planned its own year-long celebrations starting with Telangana National Unity Diamond Jubilee Inauguration Day on September 17.

“For BJP, liberation means liberation from Muslim rule. For TRS, it is a positive celebration, to be conducted over three days across all 33 districts,” says state Animal Husbandry Minister Talasani Srinivas. As part of the three-day celebrations, freedom fighters will be honoured, rallies will be held and the Chief Minister will address a public meeting at NTR Stadium. TRS’ statement came after AIMIM chief and Hyderabad MP Asaduddin Owaisi had urged the state and the Centre to call the anniversary as “National Integration Day” instead of Hyderabad Liberation Day. The Telangana CMO tweeted that the state would celebrate its transition from an autocracy to a democratic system. While BJP accused TRS of distorting history, Telangana IT minister KT Rama Rao joined the sparring match with a tweet about his grandfather J Keshava Rao, a freedom fighter. “Wonder how many leaders in the current dispensation at centre have any role whatsoever in either Indian freedom movement? They seem very keen to appropriate what ain’t theirs,” KTR tweeted.

The latest round of political sparring comes at a time when BJP is looking to increase its footprint in Telangana and present itself as an alternative to the TRS which has been in office since the formation of the state. It now sees an opportuniity to invoke an “anti-Razakar” sentiment to its benefit to consolidate Hindu votes. On the other hand, TRS has taken a more combative stance in the past year, with chief minister K Chandrashekhar Rao once again looking for a role on the national stage in building an anti-BJP alliance.

Since the bifurcation of the Telugu states, BJP has been demanding that Telangana officially celebrate Hyderabad Liberation Day. Last year, on September 17, Amit Shah addressed a meeting in Nirmal, a town in the eponymous district of Telangana, commemorating the sacrifices of those “who fought against the cruelties of Razakars and Nizams”. Things have come to a head now as TRS and BJP are locked in a political and ideological feud ahead of the Assembly elections to be held in the state next year.

The Telangana Congress, meanwhile, has said that it will introduce a state flag and hoist it in all villages along with the tricolour.

Nawab Mir Osman Ali Khan, who was once one of the wealthiest men in the world, remains a deeply controversial figure, on the one hand lauded for his administrative reforms, philanthropy, infrastructure building and other progressive actions, while on the other reviled for refusing to join the Indian Union and allowing the Razakar militia led by Kasim Rizvi to unleash violence on Hindus in the state.