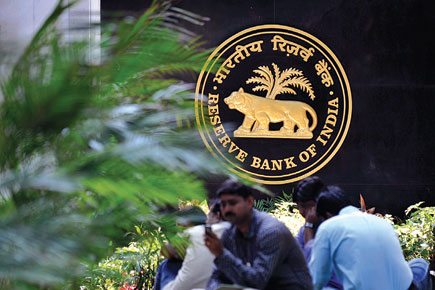 When it comes to inflation it is a cliché that onion prices can make policymakers cry. From the start of this year, food prices began zooming up. But the real scare came in March when fears of a heat wave taking a toll on India’s wheat output began to look real. It seemed that this time chapatis would bring political tears.

While this was the “real face” of inflation—what the ordinary person faces when he goes to the local mandi and the kirana store—a silent killer was lurking in the background: Wholesale price inflation, as measured by the Wholesale Price Index (WPI), had been in double digit territory since 2021. The combination of a pandemic, broken supply chains and the war in Ukraine seemed to have whipped up a perfect inflationary storm in India.

In retrospect, these fears—while real—ended up being transient in nature. Data released on Tuesday showed that WPI inflation had fallen to a five-month low of 13.9% in July even if it had remained in double digits for 16 months. WPI inflation was 11.6% in July last year. Retail prices presented a slightly happier picture with the Consumer Price Index (CPI) at 6.7% in July, down from its peak of 7.8% in April. Food prices had been on boil for a while. In June, CPI food inflation rose rapidly to 13.3% (on a three month seasonally adjusted annual rate) compared to 7.1% in June last year.

So what has changed?

For one, global food prices are cooling. (They have fallen by around 10% since early June). Bans on key raw materials like palm oil by countries like Indonesia have been reversed. India imports a large part of its edible oil requirements.

These developments also reflect—independently—in the RBI’s latest Household Inflationary Expectations Survey (HIES) carried out in the second week of July. This data was released on 5th August. Inflationary expectations refer to what individuals think will be inflation in the time ahead. In the modern understanding of inflation, this is an important piece of data as these expectations “feed” into the next round of inflation in the period ahead. RBI’s HIES showed that current perception of the median inflation rate peaked in May this year when it stood at 10.1%. In July it came down to 9.3%. The three month ahead and one year ahead inflationary expectations also cooled down a bit after remaining stubbornly elevated from January to May this year.

Does this mean India is out of the woods? Not really. For one, retail inflation remains elevated (6.7%) and is beyond RBI’s zone of comfort. For another WPI inflation, that directly feeds into retail inflation as it increases the cost of inputs for manufacturers, is stubborn and in double digits.

It is not surprising that most economists expect the RBI to continue raising its policy rate until this year end when it is expected to bring the repo rate to 6%. This comes on the back of a series of rate increases since May this year.