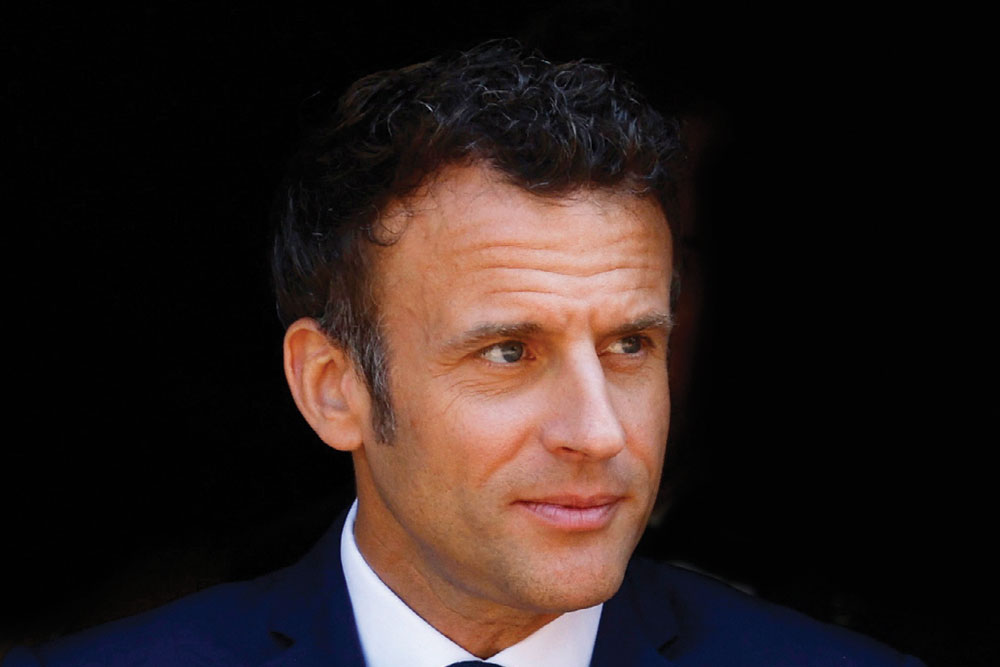 
IN 1959, DESCRIBING a journey undertaken to Western Europe in his youth, Czeslaw Milosz wrote: “France’s beauty evokes the greatest tenderness. Her symbolic role as the heart of Europe will never allow her to be condemned, for from her every ash a phoenix is born. Here freedom is possible as it is nowhere else, because the pressure of social convention stops at the threshold of the private hearth and no one is compelled to live like their neighbor. Yet the price of this freedom is often indifference to the fate of the silent and the humiliated: live and die as you like.”

In the ‘Afterword’ to his Roller-Coaster: Europe 1950-2017 (2018), Ian Kershaw observes on the French presidential election of 2017: “Victory went to a fervent pro-European centrist, Emmanuel Macron, who stood for a new start for French—and European—politics… France appeared to have achieved almost the impossible: a revolution of the centre. Macron’s early moves to form a close bond with the German Chancellor, Angela Merkel, with a view to substantial reform of the European Union all at once offered new hope—a way out of the crisis-ridden previous years, and promise for Europe’s future. Whether the early promise will be sustained will only become clear over time. The signs are not altogether encouraging.”

Macron is a mystery. How often does a 39-year-old (as he was in 2017) upend politics in an old democracy, tear down its established pillars, create a political thoroughfare that leads to him and him alone and then, five years later, weather all storms to retain his job? It gets a little heady, recounting all the so-called firsts: the fact that Macron fathered forth a party after being elected president and then went on to win a parliamentary majority with it. That he is now the first incumbent since Jacques Chirac to not get thrown out of the Élysée after one term. That, effectively, he is the first president of the Fifth Republic to get re-elected while the government remained his—unlike Chirac and François Mitterrand who were both “cohabiting” with governments led by the other side when they won their respective second terms.

In fostering and sustaining his “revolution of the centre”, Macron got his arithmetic right twice. It could only come at the expense of the traditional Gaullist right and the Socialist left. A calamity, when it’s understood that in erasing the old guard, Macron pushed the rest of France into the embrace of the extremists. A first-round break-up of 27.85 per cent (Macron), 23.15 (Marine Le Pen) and 21.95 (Jean-Luc Mélenchon) said France is split three ways. Many who voted for Macron on April 24 were merely keeping the National Rally out. Millions of blank and spoilt votes belied the claims of his marchers. If Mélenchon’s far-left La France Insoumise does expectedly well in the June parliamentary elections, Macron would, for most practical purposes, be a lame-duck president.

Unsurprisingly, Brussels is more excited than the French. For five more years, they can count on continuity, especially when the 44-year-old Macron has been the pre-eminent European leader since Merkel’s departure. Whether he gets his wish for a more distinct European military setup against the backdrop of Ukraine is anybody’s guess, but the EU will live yet, nor France withdraw from NATO’s military command. At home, Macron’s biggest challenge is his absolute trust in himself. Tackling the rising cost of living, which got Le Pen 41.46 per cent of the vote, and pushing his pending reforms on retirement age and working hours will depend on whether the “président des très riches” listens to people. Macron’s old mentor Alain Minc said he is “too Napoleonic”. In 2017, Minc had predicted that Macron would be “very authoritarian, very political, very presidential”.

The 2022 election hasn’t exactly been Michel Houellebecq’s Marine Le Pen vs Muhammed Ben Abbes dystopia and the death of laïcité. But a note of caution from Milosz about the extent of revolutions in France: “Their revolt… concealed a secret respect for order… Theirs was always a secure revolt because their bitterness and their nihilism rested on the tacit understanding that thought and action were measured by different standards: thought, even the most violent, did not offend custom. Any other nation, had it permitted itself such a dose of poison, would have long ceased to exist; for France it was healthy.” Live and die as you like.