Do caste and social hierarchies create barriers to our culinary exchanges? 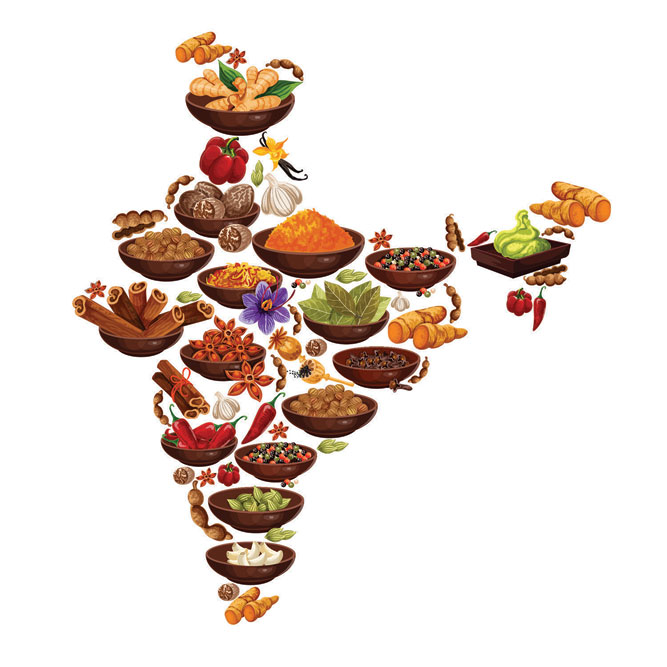 
LAST WEEK ON an InstaLive interview conducted by food writer Antoine Lewis, the topic of our conversation was whether we could truly speak of an Indian cuisine. Abroad, the notion of Indian food is Mughlai food, Lewis pointed out, adding that it was a construct rather than emulating reality which includes a large number of regional dishes. Some food writing such as Colleen Taylor Sen’s Feasts and Fasts: A History of Food in India suggests that a regional survey is the most practical way of describing the diversity and richness of the subcontinent’s cuisine. But if we were to focus on regional dishes to illustrate Indian cuisine, we would have to go even further down to the local distinctions. South Indian food includes Malabar, Chettinad, Tamil Brahmin and non-Brahmin, Reddy, Kamma, Dalit, Andhra, Telangana, Kannadiga, Coorgi, Mangalorean and so on. Just as central Indian food is from Bihar, Chhattisgarh, Jharkhand, Madhya Pradesh and Odisha, and east Indian cuisines include West Bengal, Meghalaya, Nagaland, Sikkim and so on. One ends up at the most granular, local level to create a definition of Indian cuisine that would include many dozens of dishes.

Some would say a daal is ubiquitous to an Indian household and so is khichdi. And they would be right. Writing in 1762, Azad Bilgrami said that the reason for the dry temperament of the Indian people could be traced to their diet. Whether rich or poor, the base of the Indian diet was daal-i-tur (split pigeon pulse, Cajanus cajan) to which they added little to no oil. Instead they added red chillies (mirchi-i-sukh), asafoetida and turmeric to all their dishes. But daal and khichdi do not by themselves portray the richness and diversity of our regional and local dishes. Other countries too have such diversity and yet, we can point to a few dishes and say that they belong to a national cuisine.

Why so? Let’s look at England, France and Japan and how they constructed a national cuisine. War, state-making and imperial design were the three main routes to creating a national cuisine. War with Napoleon created the urge among English rural gentry to champion dishes that were local and not the French-influenced menus favoured by the Whig party leaders. Roast beef, not the game or the richly sauced dishes of the aristocrats, nor the rabbit and pig of the cottager, became the centrepiece of English cuisine, say cookbooks such as Hannah Glasse’s The Art of Cookery Made Plain and Simple (1747) and Elizabeth Raffald’s The Experienced English Housekeeper (1769) .

The French followed a different route. For the French state in the early 20th century, the need was to create Frenchmen out of peasants. The state connected high cuisine with the regional provincial and peasant cuisine in the 1920s, in a process similar to the one highlighted by sociologist Eugen Weber for French language (which transformed regional patois into French). The regional cuisines were refined and homogenised to suit the Parisian palate.

In Japan, imperial design to knit together soldiers from diverse regions with different culinary traditions was carried out by the military cooks in the canteens in the 1920s and 1930s (the inter-war period). The cooks prepared curries, croquets and Chinese stir-fries and Western dishes, with rice as the central element and soy sauce, the crucial flavouring agent. The soldiers who hailed from the peasantry grew to relish the taste. This practice was later adopted in hospitals and schools and a Japanese cuisine was born.

In all these countries, a national cuisine emerged through a process engaged in by different elements of society and the state and went beyond the regions to create a larger sense of the collective self.

Do we Indians have a sense of collective self when it comes to cuisine? Or did the hierarchy of the caste structure and the social control exercised by the higher over the lower castes create barriers to culinary exchanges?

While India has experienced wars, imperial rule, colonial rule and the nation-making moves of the independent Indian state, there was no concerted attempt either by the state or by society to create an Indian cuisine that focused on one or two ingredients or dishes. During the nationalist movement, there was an attempt to fashion a civilised Indian through extolling some food habits. As the cultural theorist Bhaskar Mukhopadhyay points out, nationalist heroes such as Bankimchandra Chattopadhyay and Vivekananda repeatedly condemned tamarind and chilli consumption, associating them with uneducated rural women and the uncivilised bazaar. However, what is also interesting is that Vivekananda seemed to have relished chillies. So if he himself couldn’t resist chillies, then these attempts were doomed to fail. No wonder it is so difficult to find a dish or a set of dishes that defines Indian cuisine.


While India has experienced wars, imperial rule, colonial rule and the nation-making moves of the independent Indian state, there was no concerted attempt either by the state or by society to create an Indian cuisine that focused on one or two ingredients or dishes

What if, instead of focusing on dishes, we look for what we share in our engagement and understanding of food? A key attribute of a cuisine is the shared understanding of taste. Do we, as Indians, share a way of thinking about what creates tasty dishes?

While researching Turmeric Nation: A Passage through India’s Tastes, I read scholars who in various ways highlighted elements that were pan-Indian. Of those, there were three elements that stood out for me, and these, I think, transcend religion, caste and region and define this shared thinking. These elements—a sense of equilibrium, a flavour principle and how in our culinary practices we at the local levels engage with layers of history—define an Indian cuisine.

Our regional and local cuisines share the concept of balance and equilibrium. The flavour principle (coined by Elizabeth Rozin) states that every cuisine has certain spice and technique combinations that produce tastes based on distinct understandings of flavour. Indian cuisine, regardless of region, caste or religion, has the following flavour principle: negative food pairing. For most dishes, each spice in the dish performs a unique function. You won’t find two spices performing the same function. If you put amchur powder, you are less likely to also use lemon juice or tamarind. This was the finding of three researchers who used 2,543 recipes from Tarla Dalal’s website. Anupam Jain, Rakhi NK and Ganesh Bagler analysed food pairings in recipes from eight regional cuisines of India: Bengali, Gujarati, Jain, Maharashtrian, Mughlai, Punjabi, Rajasthani and south Indian. Some 194 ingredients were tabulated into spice, herb and vegetable. They found that negative pairing was the norm for spices but not for dairy (you will find paneer and yoghurt in a recipe). This may be why north Indians have taken to idli, dosa and sambhar and south Indians like chhole. We could say that the impetus in India to create a vibrant plurality of dishes that are part of an Indian cuisine came more from society rather than being led by the state. This is so particularly after Independence when restaurants such as Moti Mahal, Gaylord, Kwality, Woodlands and Udupi popularised their respective cuisines and adapted the other’s cuisines into their menus. The changes in Woodland’s menu over the decades—north Indian, Chinese and continental dishes were introduced in the 1970s and north Indian tandoori items entered the menu in the 1980s—reflect the growing propensity of city dwellers to experiment with dishes from other regions.

It brings us to the third element that we share: the way local cuisines engage with layers of history. Cuisines rest, heavily or lightly, on layers of history. Each conqueror brought his own dishes to the country, but the successors soon adopted local cuisines. One finds a fusion of the local with a transnational element harking back to the ruler’s lineage in Ottoman Turkey or Central Asia or Persia. In Hyderabad, for instance, the Asafia cuisines cookbook contains recipes of dishes—gazak, kabab Akbari, qubani meetha (bread and butter pudding)—that highlight the interweaving of Turkish, Nizami, Mughal, north Indian, British and local Deccani cuisine. The same blending of religion and region is evident in the table of the Mughal Emperor Akbar where Turkish, Indian, and Persian food hobnobbed with each other. Biryani, khichdi, daal, shorba, haleem, pulao, kebabs and yakhni were staples in his meals, according to the Ain-i-Akbari. Culinary exchanges between Indian kingdoms and West Asia and Europe through trade were enriched and hybridised by Chola, Maurya, Persian, Mughal and colonial legacies. These spread similar types of cooking techniques to Punjab, Uttar Pradesh and the Deccan. But other groups, such as Tamil Brahmins, remain rooted in cooking techniques that cannot be easily attributed to a particular historical lineage. These different types of local engagements with history add to the pluralism and the hybridity that characterise Indian cuisine. Indian cuisine, in a nutshell, is a hybrid and multiple sets of local dishes linked by an emphasis on equilibrium and the unique function of a spice. Let’s celebrate this diversity.