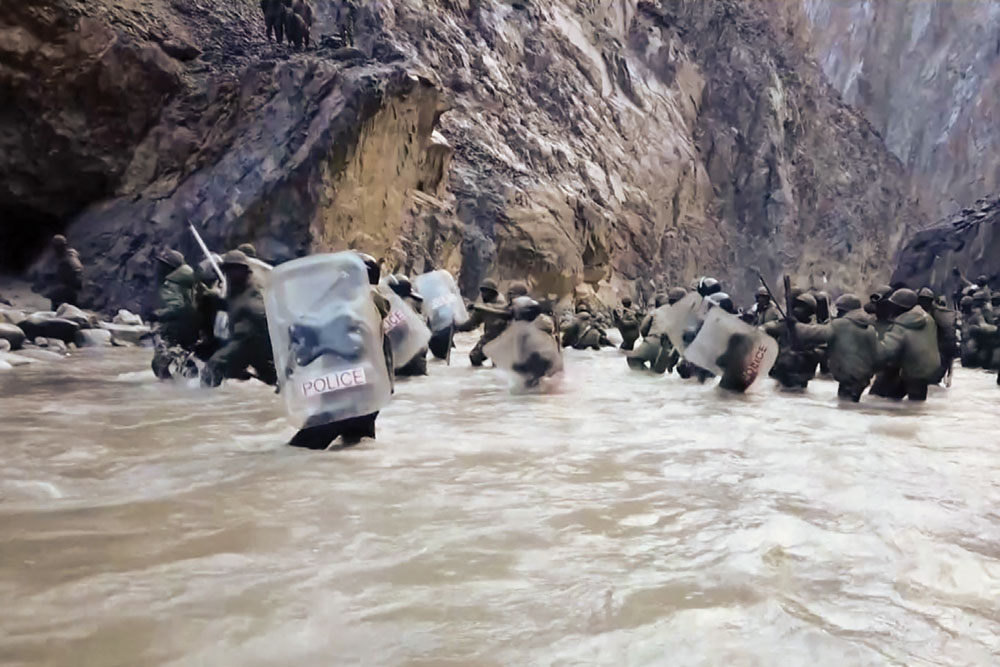 The disengagement between Indian and Chinese troops at patrol point (PP) 15 announced on Thursday, once complete by Monday, will mark the restoration of status quo as in April, 2020, before the Chinese aggression along the Line of Actual Control even as further de-escalation may take some time. This was a non-negotiable first condition set out by India for restoration of bilateral relations.

There are a few likely reasons for the Chinese side to agree to disengagement, move away from the last remaining flash point of 2020 and further agree on maintaining a buffer zone. Some of these reasons could be as follows:

– India’s response to the forward movement of Chinese troops surprised Beijing. It failed to anticipate a vigorous military as well as diplomatic-economic response that constituted a “whole of government” approach on part of India.

– The Chinese occupation of the high ridges in the Pangong Tso lake area, known as Finger 1-8, was not fully thought out. For one, Chinese troops were not trained for the exposure on the cold and barren heights. The Indian manoeuvre on the intervening night of August 29-30 taking control of the Kailash heights on the southern side of the lake effectively neutralised any Chinese advantage on top the Fingers area.

– The disengagement at the Pangong Tso in February, 2021, was the most significant element of the India-China military and diplomatic talks as this was the most important Chinese intrusion in an area which it claimed fell well within its claim lines. The speed with which the PLA dismantled what was described as “mini city” seemed to indicate that Chinese soldiers were glad to get out of the hostile terrain.

– There were two theories about the significance of the October 16, 2022, party Congress which is to sanction a third term to Xi Jinping. It was felt that either Xi would like to get rid of all irritants before the grand show that would mark the occasion or could dig in his heels as any concessions would be read as a sign of weakness. It might be that the former consideration has prevailed.

– The forthcoming Shanghai cooperation organisation summit in Samarkand in Uzbekistan on September 15-16 provides an opportunity for Prime Minister Narendra Modi to meet Xi. The Chinese leadership is sensitive to any perceived loss of face. A frosty encounter would not serve Xi, partly for reasons mentioned above. During the Doklam stand off in 2017, a forthcoming BRICS meeting in China was a pressure point for a resolution. Of course, the stalemate ensured by the Indian responses at Doklam and in Ladakh ensured there was no gain for China in continuing the confrontation.

What are the lessons to be learnt from the 28 month stand off? And where does this leave the disputes in Depsang and Demchok, also in the Ladakh region? To answer the second question first, these disputes pre-date the Chinese military actions in 2020. They require more of a political impetus than an Army or military negotiation or solution. While no doubt these need to sorted out, getting the Chinese out of the friction points at Galwan, north and south banks of Pangong Tso and patrol point 17 – and now 15 — in the Gogra Hot springs area is a significant success for India.

The lessons for India are that a resolute political response and unambiguous directives to the military  are key to countering Chinese intrusions along the LAC. “The important thing is that there is a buffer zone and Chinese have agreed to maintain a distance from the face off points,” Col (retd) S Dinny, editor of Chanakya Forum, told Open. Having commanded troops in the area, he said the Chinese have effectively agreed to stay away from their claim lines and precise points they were squatting on.

There will also be a no-fly zone and Indian sources said the use of UAVs and satellite surveillance will help monitor the LAC. Col Dinny agrees that a fresh intrusion cannot be ruled out, but the manner in which the Ladakh confrontation played out should make it clear that normalcy on the border is an essential prerequisite to for bilateral relations. This is evident in the blunt statements of foreign minister S Jaishankar which gave no wiggle room for any kind of “face saver” to China which would be conscious that its smaller neighbours who have been at the receiving end of Beijing’s military activism will be watching the Ladakh developments closely.

For India and China, the next step will be de-escalation and return of 50,000 plus troops on both sides of the LAC to their peace time positions. This is expected to be taken up soon but Indian sources said just how and when this is to happen will be considered carefully by the Army.