Benjamin Netanyahu: A Break from Bibi 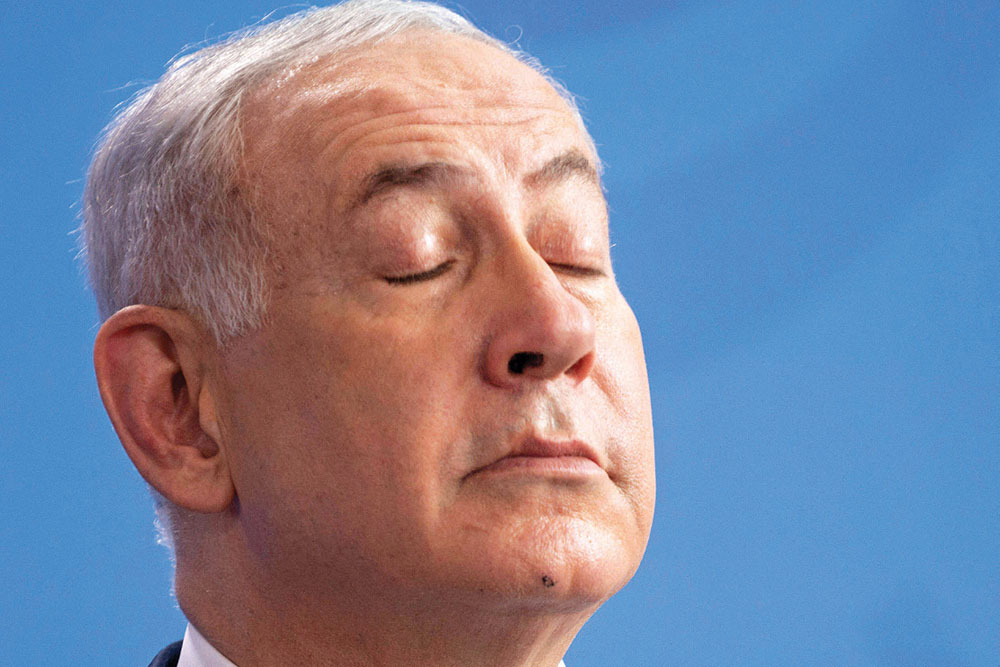 
ISRAEL WAS WOUNDED by the assassination of Yitzhak Rabin on November 4th, 1995. It is not an open wound, more than 25 years later, unlike Sweden’s predicament 35 years since Olof Palme was killed. But Rabin’s death needed a national introspection and reconciliation. What was perhaps not predicted was a Likud victory in the election that ended Shimon Peres’ short tenure after Rabin. Rabin’s widow packed her bags and said she was leaving the country. Hamas declared, “Likud victory means war.” The man taking office in June 1996 was a hawk and seen rather as an offence to the memory of Rabin, the arch-dove who had done so much—and failed—for peace.

Benjamin Netanyahu would last three years that term. The next Likud prime minister would be veteran Ariel Sharon in 2001. Sharon, once the embodiment of the muscle of the State of Israel, would unilaterally withdraw from Gaza, demolish settlements and push for peace with such determination that he would have to break with the party he had co-founded with Menachem Begin in 1973, leaving it in his chief accuser Netanyahu’s hands. Once Sharon was incapacitated and after the disappointment of Ehud Olmert’s premiership, it was predicted that Bibi might return. He did, in March 2009. What no one foresaw was that on June 2nd, 2021, he would still be in office, almost two years after overtaking David Ben-Gurion as Israel’s longest-serving prime minister.

Loathed and cheered (not even ‘Bibitarians’ said they loved him, did they?), Netanyahu has always been a divisive figure. And he could still go down in history as a grand success, after the scales are weighed.

Israelis who never voted for Bibi will tell you there is one thing he got absolutely right: the economy. Israel has never been richer. Netanyahu, with the guidance of Stanley Fischer at the Bank of Israel, had steered the country almost miraculously through the financial crisis after the collapse of Lehman Brothers in September 2008. The pandemic wrong-footed him initially but then Israel vaccinated most of its citizens in record time.

Israel has never been safer. Netanyahu installed and institutionalised the Iron Dome, but that wasn’t it. He pounded Gaza; he never relented on Iran; and he faced-off with Barack Obama—and outlasted the two terms of a US president the prime minister of Israel (in)famously never got along with.

Israel had never had such diplomatic coups as in the serial normalisation of relations with Arab states with the blessing of a US president Bibi adored. And why would he not take part of the credit for the US Embassy’s move to Jerusalem? Netanyahu has also been a good friend of Narendra Modi who made history as the first Indian prime minister to land in Eretz Israel on a state visit.

The Israeli-Palestinian crisis, as a veteran Israeli historian had once told this writer, has, post-Sharon and post-Yasser Arafat, been largely a crisis of leadership—on both sides. The Palestinians never recovered. But Netanyahu restored leadership to big status. And therein lay the seeds of his fall and the situation Israel finds itself in as Yair Lapid’s coalition prepares to take office. Sometimes, a leader can get too big, especially for a tiny country.

As Netanyahu got embroiled in corruption allegations and then suffered the ignominy of being investigated while still in office, Israel’s body politic—as if in a Theban echo—began showing signs of latent faultlines emerging as full-blown fractures that a patchwork alliance of leftist, centrist, rightwing and Arab parties may find impossible to glue together, provided it lasts long enough (and Bibi will loom over Messrs Bennett and Lapid every inch of the way). Arab-Jewish riots inside Israel have worried Israelis more than Hamas’ rockets.

The man likely to replace Netanyahu, once his protégé, is on record asking for the unilateral annexation of Area C (61 per cent of the West Bank). And yet, Naftali Bennett has just struck a deal with Mansour Abbas. What is less well known is that, as Netanyahu’s one-time economy minister, it was Bennett who had pushed for ‘de-coupling’ with the EU and closely linking up with emerging markets, such as India.