The thrill of having a well-known publisher stamp its name on the spine of your debut novel doesn’t last too long, says Gouri Dange. Bruised and hurt by the publisher’s constant neglect for being an ‘unknown writer’, she decided to go it alone and self-publish her second novel. 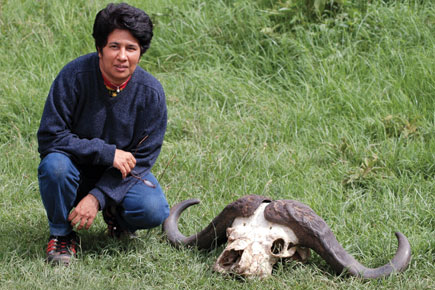 
Getting a big publisher to show interest in your book can be a lot like going to an upscale hospital to have your baby. There you are, all aglow at being admitted, only to be told brusquely to go deliver in a ditch, because more upmarket babies are being born and, as it happens, the doctors all suffer from attention deficit hyperactive disorder. My first novel, 3 Zakia Mansion, was a bit of a ditch-delivery in that sense.

And so, sometime in February this year, ready with my second novel, The Counsel of Strangers, I decided to give the usual suspects in the Indian English language publishing industry a miss. This meant that I would be putting out my second novel all on my own, without the benefit of…er…the benefit of what exactly?

I’m not being facetious. I really can’t seem to recall the benefits of my first novel being published by a well-known publisher a couple of years ago. The magic-mystic figure of Rs 30,000 as advance and the little shavings of royalty—can’t call that a big plus, slice it any way you like. Interactions unmarked by even a single warm, communicative or, God forbid, spontaneous mail or phone call from the publisher—gosh no, that’s not something I’m going to miss either.

The book launches in Mumbai and Pune were buzzing, well-attended events, but in spite of my publishers, not because of them. Rather hilariously in retrospect, I found myself staring at a scheduling disaster. Someone up there clearly didn’t know or didn’t care that June was a month in which Mumbaikars traded in their cars for lifeboats and paddles and had a hard time making it to office, leave alone a book launch. I was also informed that I would have to stalk and capture a celebrity for the event. Fortunately, two special people saved me from the ignominy of playing big-game hunter. Hitching up their saris above rising water levels, they showed up and did their bit—despite the fact that the publisher didn’t even extend them the courtesy of an official invitation till three days before the launch dates, and that after I made several panic-stricken, polite and pleading calls. As for my other guests, not a single one can be accused of showing up just for the cocktails and canapes—there were none. When I tentatively asked earlier about simple refreshments for upstream-swimming guests, I was told, in the marketing lady’s words, “There is no food and beverage component in your book budget.” Big words, for chai-biskoot.
No travel budget either. When Sunil Sethi, who presents the TV programme Just Books, called up my publisher to ask if he could interview me, he was reportedly told, “There is no budget to get her to Delhi.” (No, I don’t live at the North Pole). Happily, he and I met in a serendipitous way, I went on his show and we had a great time. Perhaps my publishers noticed or perhaps they didn’t.

3 Zakia Mansion clambered on to some bookstore shelves and stayed there for a while, but I routinely got calls from friends and well-wishers complaining that it was not available at well-frequented stores in cities where I was already known, as a columnist and blogger-visitor. As for the places where nobody had heard of me, well, it remained that way. Launches in the southern cities were “not possible”, I was told summarily. Bewildered and bruised by all this neglect, it was all I could do to contain my anger.

I’m not cheesed off anymore; it’s a waste of emotion. But I am (as are many writers like me) still baffled about one thing: why do people sign on writers and books that they don’t give a toss about? Why keep a stable of mumbling-grumbling unknown horses when you’re only going to back Winning Streak and other Derby Darlings?

It’s not just me. A slew of writers published by big-ticket publishers find themselves running around doing just about everything, right down to organising paper and red ribbon to wrap the book on launch day. I haven’t made the last bit up. Vikram Sampath, who wrote the wonderful My Name is Gauhar Jaan, had to do just that. He also gamely and single-handedly (at his own cost) organised a nine-city tour for his book, because he believed in it.

It’s not about the money—well, it is about the money, given that publishers, distributors and booksellers together keep nearly 90 per cent of the price of a writer’s book. But it’s not just about the money. For me, it was also about the sheer joylessness and sterility of the interactions at every step.

And so I decided that I wouldn’t do joyless and sterile anymore. Friends advised me to show my new book to other publishing houses, where “things are different”. I did take a stab at that, but when I saw early signs of the same torpor laced with smugness, I decided to go it alone. I formed Omo Books with a partner, to publish and distribute this book and future work. At least I had signed myself out of another round of absurdity and non-sequiturs.

It’s been uphill, of course—not the writing of the book, silly, that’s the easiest part. I mean putting out a book. But the creative, scheduling, financial and dignity control that it gives me makes it completely worth my while. Last year, I watched photographer David deSouza (Itinerants, Mumbai’s Nomads) take the same route for a host of similar reasons. And he hasn’t looked back. Like him, I shopped carefully but joyously and found everything that a book needs once it’s written: an imaginative designer, an efficient printer, a focused web person, a sharp-as-a-pin intern who came to assist, proactive bookstores, reviewers and editors who know their job and won’t just paraphrase the blurb, launch venues, enthusiastic and discerning readers who speak their mind… and all the various midwives of a book birthing.

A friend who works deep in the innards of the publishing world cautioned me when 3 Zakia Mansion was bought by a publisher: “Be prepared, it will be treated by your publisher with as much interest as a sausage machine takes in its sausages.” Well, The Counsel of Strangers comes, like most books, with its own fate. It will do what it’s meant to do and stay as long as it is meant to stay. But it will never be a sausage.

Gouri Dange is the author of 3 Zakia Mansion, ABCs of Parenting and The Counsel of Strangers.