Mothers think they are the centre of their children’s universe. Alas, they find they are not 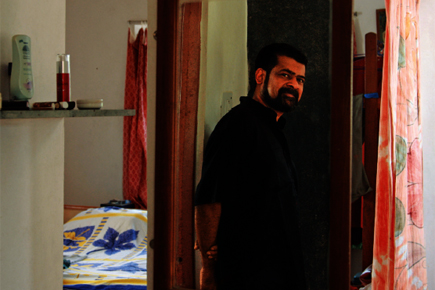 Your baby is the most precious thing to you. Then, a few years later, you realise you are really a bit of a  drag on her world


For many years I worked for an infotech company, and observing at first hand the rate of evolving technology never failed to make me dizzy. So high was the acceleration that it was clear we must brace ourselves for the day, soon, when there would be new and unexpected gadgets, climate changes, lifestyle options, product markets, means of communication, behaviour patterns (and so on), not just after every few decades, but every year, every month and even every day.

Now, at an age when women traditionally deal with painful personal change at every level of their existence, I peer into my memory looking for a significant moment that changed me more than any other. I spot that afternoon, 22 years ago, when a tiny, perfect human being appeared in this world and suddenly—unexpectedly—made a very wise and important person of me.

In the years that followed, I was gifted an assortment of life experiences that logically should have belonged to many different people. Of them all, this has been the role I most cherished.

Many complain of postpartum depression, but I experienced the opposite—an exhilarating energy that turned me into the most blissfully devoted attendant there could be. I remember that I never left my baby’s side, not even once, for more than a year.

Then came a time when it was necessary for me to garner every latent marketable skill I could invent to draw forth some kind of sustenance for the two of us.

As existence spun some fantastic patterns to make this possible, it also now blessed me with the ability to be nothing but relaxed and patient and friendly, even as a storm of deep unhappiness and despair battled within.

I developed a secret empathy for the young women who stand, palms outstretched at traffic signals, with babies slung against their sides. This fanciful affiliation led me not to tearful flights of self-indulgence, but instead lent a parallel poetic vision that came in handy to power my byline.

A few short years later, the adored one was narrowly snatched from the inelegant fate of the overfed by a rapid turn of events that abruptly bestowed on her a brother and a sister. The three were so close in age that, like a batch of cookies baking together, they marched in faultless step across developmental milestones at easy-to-manage intervals.

At work, I was encountering Japanese productivity techniques like Kaizen, JIT and 5S, and coolly adapting them for use at home to deal with fundamental icons of housework, such as leftovers and pocha-paani. The children knew nothing of this secret life of mine, though. For it was at this time that I achieved the highest pinnacle of success in my entire career: I was always there when the school bus brought them home.

But we had fun too: Disney videos on Saturdays, summer holidays with mornings in the sand pit and ice lollies after lunch, a healthy (high-fibre, low-fat, low-cholesterol, extra-delicious) chocolate cake that bestowed instant popularity, and kiddie birthdays with bright, fancy-shaped cakes and invitations produced in-house. We travelled around the country by car and survived some nasty battles since only two could have window seats. But sulks could easily turn to giggles when the others pulled faces or pretended to vomit or a lorry passed by with something particularly inventive inscribed at the back.

At this time, I became presumptuous enough to write a column loftily airing my views on motherhood. I had experimented with different parenting formats, and read a few books, and the kids did seem happy, so I quite fancied myself the expert.

What I wrote was based on a belief—innocent, but deep-rooted at the time—that when children are given love, patience and understanding, and when the responsible adults around them try to look at the world through their eyes, and guide them towards a life that is healthy and balanced, using a well thought-out mixture of discipline and fun, well, surely they would grow up to be good, sensible, loving people, and what more could anyone possibly want?

Years passed in this type of self-complacent haze until one day I noticed that my name had been changed and my smug satisfaction turned to dismay. From the once popular, beloved and idolised ‘Mumma’, I had now become known in an offhand and rather patronising tone, as ‘Mom’. Certain cute and cuddly people had vanished, to be replaced by lanky individuals who stalked about the house, being witty and laconic and saying ‘Ya, rright!’ to each other with lofty disdain. Fundamental rules, in place for close to two decades, were being carelessly flouted.

At that time, I remember we had a poster stuck on the fridge, a circular drawn up in a (rare) attempt at humour. We had been implementing ISO 9001:2000 at the office, and I had mockingly documented my Household Laundry System, listing recommended procedures and schedules for linen maintenance, white-shoe polishing and the like. At the bottom ran the line, ‘The Beatings Will Continue Until Morale Improves!’

We never had overt rebellion, as many families do. On the surface, we were close-knit and communicative—yet, strange and often frightening events occurred.

It was a confusing time for me, and one of intense reflection. All these years, I had believed that my parenting was sophisticated and effective. Most of the actions I had made were painstakingly thought-out and carefully implemented. I had exercised the right to express my anger the way I would in any close relationship—having often favoured a healthy, natural, aggressive and potentially destructive reaction over a polite and well-meaning, but contrived, one. When I encountered areas of guilt and resentment, I had tried to confront, define and resolve them. I had never overworked myself to win their favour in any way that was insincere, cautiously anticipating and sidestepping every trap a stepmother—that dread mythical beast, stereotype of scheming evil—might characteristically embrace.

I now began to wonder whether, in the bargain, I had overdone it and exposed my ugly side once too often. Had I been too domineering? Could I have avoided it? Would we have been happier today if I had taken less trouble to relate, or to guide and monitor in those days? (And had I really been relating, guiding and monitoring, or just messing around with a sledge hammer?)

I remembered one occasion when my youngest, an effervescent comedian of age six—he’s now a suave and distant young man of 20—had earnestly confided that his happiest moment had been the one in which he first met me. The saddest, he added without missing a beat, was when I first whacked him.

I’d love to pretend that in those days, it had been my practice to glide about like a wise Zen master, cleverly concealing a stout staff behind my back and whipping it out occasionally with the express purpose of jolting the little darlings to a higher awareness.

As parenthood progresses, supremacy wanes and now, with the wisdom of the powerless, I must counsel myself on the responsibility each previous generation has to allow the new one to live life in the new world, its very own special world, on its own terms. After all, I have brought my children up to make their own decisions. How must I react when they choose to do something I don’t want them to? Do I have the courage to watch them make their mistakes and learn what they will without my protective fussing, without charging in to provide perspective, without blatantly insisting they do things my way?

Part of the process of adapting to changes in my physical and mental composition must be the painful realisation that I can no longer be the most important person in the lives of those who once, not so long ago, swore me their undying loyalty and devotion in too many unspoken ways to enumerate.

When this colossal change comes, will I succumb to the private pain of a spurned lover? To the panicky prospect of loss of occupation and omniscience faced by a corporate boss overthrown in a boardroom coup? Will I resist the urge to metamorphose into that melodramatic Bollywood mother whose anguish and its expression is always a source of mirth?

And will my actions ever reveal the depth of my anxiety at the prospect of regressing to that nameless, shapeless adolescent entity that I once was, before I became that most wonderful, powerful, loved and revered of all beings: a mother?