Contrary to propaganda, Indian Muslims have nothing to be worried about the new law 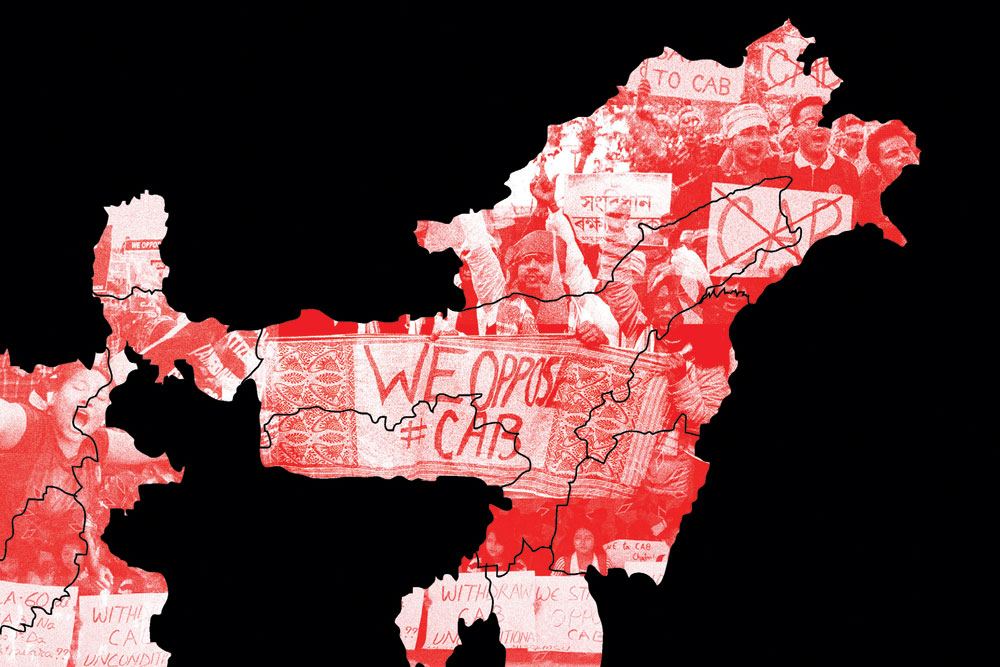 
The Convention Relating to the Status of Refugees, also known as the 1951 Refugee Convention, is described as the Magna Carta of refugee rights. Under this Convention, a comprehensive charter of the rights of the refugees was developed. These rights are quite elaborate and include freedom of religion, employment, housing and wage earning, right to own movable and immovable assets, right to public education, social justice, access to legal remedies, right to travel documents, and even an important right to cease to be a refugee by seeking citizenship of the host country.

The Indian government, in its own wisdom, had decided not to become a signatory to this convention during the early years of independence. As a result, the United Nations High Commissioner on Refugees (UNHCR) didn’t have any jurisdiction over India until 1981. That year, the Indian government allowed partial functioning of the UNHCR in the country by granting temporary residence permits for its officials. India does have a problem of refugees, but it has, in all these decades, dealt with that problem through its own legal instruments or through bilateral treaties. When some refugees enter India with UNHCR refugee identity cards, India, although not a signatory, has shown lenience towards them as well as asylum-seekers.

Since India is not guided by this international convention, it has, from time to time, promulgated different executive orders and laws to deal with the problem of refugees. Latest among such acts was the Citizenship Amendment Act (CAA) 2019. The CAA 2019 deals with a historical problem of immigration that had roots in India’s partition. India was divided on religious lines at the time of its independence, leading to a large-scale migration of minorities across both sides. An estimated 15 million people had crossed over to either side of the newly created borders. In order to address this migration and ensuing human suffering, the then Prime Ministers of India and Pakistan, Jawaharlal Nehru and Liaquat Ali Khan, respectively, had signed an agreement, famously called Nehru-Liaquat Pact. Both the Prime Ministers had agreed to take care of the interests of the minorities in their respective countries. India became a vibrant secular democracy. Today, it can boast of hosting various religious minorities enjoying equal rights under its Constitution.

Unfortunately, in Pakistan, soon after the Pact, things went awry. Liaquat Ali Khan was assassinated in 1951 and Khwaza Nazimuddin became the second Prime Minister there. Nazimuddin had demonstrated scant respect for Jinnah’s or Liaquat Ali’s secular commitments. In his book Religious Exclusion in Pakistan, Ali Usman Qasmi quotes Nazimuddin as declaring, “I do not agree that religion is a private affair nor do I agree that in an Islamic state every citizen has identical rights, no matter what his caste, creed or faith be”.  The very first constitution, adopted by Pakistan’s National Assembly in 1956, had declared Pakistan to be an Islamic Republic. Minorities in Pakistan started facing trouble and began to migrate to India, both from East and West Pakistan.

By the mid 1960s tensions started mounting between the East and West wings of Pakistan because of ethnic and linguistic reasons, finally resulting in the division of Pakistan and creation of Bangladesh in 1971. Brutal repression that preceded the creation of Bangladesh had led to another major wave of migration of minorities from East Pakistan into India, largely into states such as West Bengal, Assam and Tripura. While the official figures put the number of refugees during the period to India at 1.2 million, unofficial figures go up to 10 million.

Bangladesh was created not on religious, but ethnic-linguistic identity. Under its first Prime Minister Sheikh Mujibur Rahman, it emerged as a secular country. Prime Ministers of India and Bangladesh, Indira Gandhi and Rahman, respectively, signed a 12-point agreement in 1972. It premised on the assurance that minorities in Bangladesh will be taken care of by the new regime there while the Indian government will accommodate those who had migrated into India. Sadly, Bangladesh too followed Pakistan’s trajectory soon. Ziaur Rahman captured power in Bangladesh through a coup, murdering Sheikh Mujibur Rahman and most members of his family in 1975. In a few years, Bangladesh too started becoming an Islamic regime. After General Ershad became the military dictator of Bangladesh, he formally declared the country as an Islamic Republic in the 1980s.

Around this time, in Afghanistan, too, Islamists started gaining tremendous influence. Riots, atrocities against minorities, especially women, destruction and occupation of their places of worship, draconian laws like the blasphemy law and forced conversions became rampant in many parts of Afghanistan – like in Pakistan and Bangladesh. Dr Ramesh Kumar, a minority member in the Pakistan National Assembly, had said on the floor of the House as recently as in 2015 that on an average 5,000 Hindus had been migrating from Pakistan to India annually due to the persecution or fear of it. Many come on valid pilgrimage visas and refused to return after the mandatory visa period of 35 days expired. Of the more than 400 temples in Pakistan, only 20-odd are functional today. The rise of fundamentalist forces like Jamaat-e-Islami in Bangladesh, patronized by certain political parties, had led to frequent riots and atrocities against minority Hindus and Buddhist Chakmas in Bangladesh through the 1980s and 1990s. These minorities were targeted for attacks in the aftermath of the demolition of the Babri Masjid.

All these developments have contributed to continued migration of minorities from these three countries into India. The World Refugee Report published in July 1993 by the US Department of State had stated that by the end of 1992 India had hosted at least 2 million migrants and another 400,000 lakh refugees. In the last decade or so, the situation in Bangladesh improved due to various reasons including the stand taken by the government led by Sheikh Hasina. In Pakistan, too, there were some nominal efforts due to international pressure like banning of forced conversions by the Sindh provincial assembly and Pakistan government’s announcement of restoration of old temples. However, these measures remain perfunctory since rabid Islamist elements still retain influence.

Meanwhile, India is saddled with the challenge of millions of minorities from these countries who have been living on its soil for several decades. Had India been a signatory to UN Refugees Convention 1950, these refugees would have automatically claimed and secured citizenship. But that is not the case with India. Every senior leader had recognized this as an issue. Mahatma Gandhi had said in one of his prayer meetings on 16 July 1947 that “there is the problem of those who, out of fear, imaginary or real, will have to leave their own homes in Pakistan. If hindrances are created in their daily work or movement or if they are treated as foreigner in their own land, then they will not be able to stay there. In that case the duty of the adjoining province on this side of the border will be to accept them with both arms and extend to them all legitimate opportunities. They should be made to feel that they have not come to an alien land”.

Jawahar Lal Nehru had gone a step further and said on the floor of the Indian parliament on 5 November 1950: “There is no doubt, of course, that those displaced persons who have come to settle in India are bound to have the citizenship. If the law is inadequate in this respect, the law should be changed.” It was Nehru who had given first-ever exemption to persecuted minorities from the neighborhood the Immigrants (Expulsion from Assam) Act 1950. Indira Gandhi had conceded that the minorities who flooded into India around the time of the Bangladesh war would be absorbed by India. Sadly, none of them completed the process of offering citizenship to those refugees.

CAA 2019 simply fulfils that unfinished agenda of the past governments. To portray it as an act against any community is a gross distortion. Citizenship in India is available to various sections of people under various conditions. Besides citizenship by birth and descent that most Indians enjoy, citizenship can be acquired through registration or naturalization. Sonia Gandhi had become a citizen through registration. Adnan Sami, a Pakistan national, acquired citizenship on the grounds of his domicile and employment. Nobody is discriminated against in the Citizenship Act of India on the basis of religion. The CAA is an additional category of citizenship to the existing ones.

Another point to be kept in mind is that the CAA is a law applicable retrospectively only, not prospectively. It allows for all those minorities of the said three countries who had fled to India before 31 December 2014 to register for citizenship. Where the other citizenship provisions mandate a domicile of twelve years for the applicants, these minorities will be eligible to apply after living in India for at least six years. Those who come after the cut-off date will be deemed to be infiltrators irrespective of their religion. Calling the law communal and discriminatory is also a gross distortion of the facts. Over 1,50,000 Sri Lankan Tamil refugees live in Tamil Nadu. Majority of them are Hindus and Christians. The CAA doesn’t provide any help to them. They have been getting citizenship under the existing provisions. It doesn’t apply to Tibetans either.

Several countries in the world enact such laws to address problems arising out of certain historical reasons. Recently, the Austrian parliament has passed an amendment to the Austrian Nationality Act offering citizenship to the descendants of all those Jews who had fled the country during Hitler’s Third Reich and Holocaust. It has opened the way for the children, grandchildren and great grandchildren of hundreds of thousands of persecuted Jews to apply for Austrian nationality. Previously, only Holocaust survivors themselves were eligible for citizenship. The new law applies to their descendants too.

Indian Muslims have nothing to be anxious about. This law is in no way applicable to any Indian citizen. India has always hosted all the persecuted people from all over the world. It is in India’s DNA. People like Taslima Nasrin are living examples of it. Politically persecuted leaders from the neighbourhood too have always found asylum in India. U Thant of Myanmar and Sheikh Hasina of Bangladesh have all been treated as guests in India. The Opposition is trying to trash this national character of India by provoking communal violence in the country. As in the past, they are trying to use Indian Muslims as cannon fodder in their political games.

The CAA is a stand alone act that will address the unfinished issue of the persecuted minorities of the three neighbouring countries. The National Register of Citizens, whenever it is announced, will be a separate law. As the Prime Minister himself emphatically stated, there is no discussion about it in the government at this juncture. Mixing up the two issues is unwarranted and tantamount to intellectual dishonesty.

The CAA is historic in the sense that it will alleviate the sufferings of millions of people who were the victims of the fall out of a sin that we had committed in 1947 by partitioning the country on communal lines. Every sensible person should welcome this act. 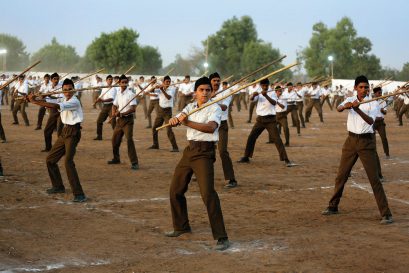 RSS is an idea that is still evolving 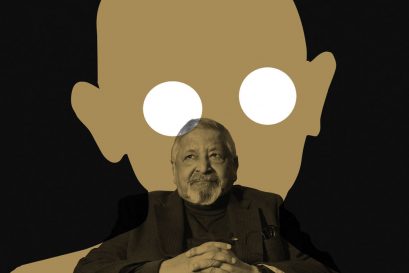 Gandhi was not enough for Naipaul. Why he was wrong 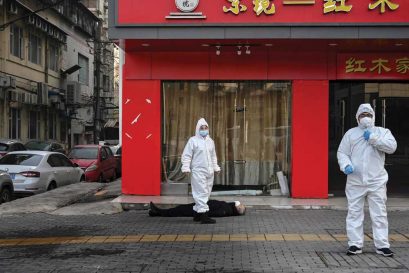 The genesis of a virus