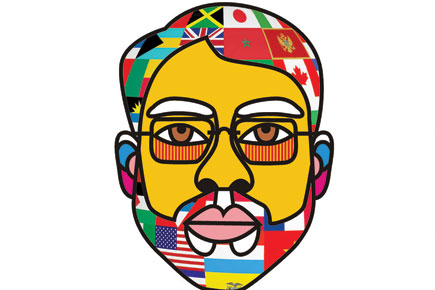 
When Narendra Modi became Prime Minister on 26 May, the stage was set for a policy transformation.

Six months later, a policy transformation may indeed be underway. But it’s not the one we expected.

Back on the election campaign trail, candidate Modi—who as Gujarat’s Chief Minister had cultivated an image as a bold, free-market-loving reformer—had argued that major changes were needed to stabilise India’s floundering national economy. There were promises to rein in generous subsidies, to push through scores of badly needed infrastructure projects, and above all to aggressively pursue economic modernisation.

So when Modi took office, blessed with a huge mandate to repair the economy, India seemed poised for a new and even unprecedented era of bold economic reform and leadership—a bonafide break with the recent past.

And yet Modi’s economic policies have not been nearly as dramatic as promised. There have certainly been important steps—such as the ‘Make in India’ campaign, aimed at strengthening the manufacturing sector, and the decision to end state control of diesel prices. Yet in many ways, not much has changed. The new Government’s first Budget left subsidies largely untouched. The pace of overall reform has been slow. Modi’s much-ballyhooed economic recovery plan, encumbered by huge expectations, has till this point been a huge letdown.

Eclipsed on the campaign trail by talk of the economy and other domestic matters, and accorded little attention by the BJP’s election manifesto (foreign relations garnered just over a page of discussion, barely more than sports), it appeared that candidate Modi was more focused on India’s economy than on its role in the world. Once he was elected, the consensus—at least here in Washington— was that Modi would be an economy-first, foreign affairs-later leader.

Modi has made foreign policy a top priority. More significantly, his actions abroad over the last six months suggest a possible sea change in terms of how India engages with the world.

It is arguably in India’s own region where Modi’s foreign policy has been most striking. Any responsible rising power, even as it flexes its muscles abroad, must take care not to neglect its own backyard. And indeed Modi has taken major steps to improve India’s relations with its neighbours—including the unfriendly ones.

Much was made of Modi’s decision to invite all the SAARC leaders to his inauguration, and this regional engagement has continued over the last six months. He has visited nations like Bhutan and Nepal (a country not visited by an Indian premier in 17 years), but also made major progress toward finally operationalising the Land Border Agreement with Bangladesh, with whom relations have often been testy. This bilateral engagement is essential, given that the notoriously ineffective SAARC organisation—thanks to its sparring member-states— is in no position presently to serve as a forum for healthy and sustained multilateral diplomacy in South Asia.

Pakistan, meanwhile, is a complicated case. An anti- government movement launched last summer has weakened Islamabad, and put the Pakistani military firmly in the driver’s seat of India policy. This has reduced Modi’s opportunities for engagement with his Pakistani civilian counterparts. Many believe his decision to cancel high-level talks with Islamabad last August, after Pakistani officials met with Kashmiri separatist leaders (exchanges that have also taken place in previous years), was meant to send a strong message to Pakistan that such meetings will no longer be tolerated. In fact, the decision was likely also meant to underscore that a weakened Pakistani government is not worth engaging on high levels.

Nonetheless, Modi seems to want workable relations with Islamabad. Sabre-rattling over Kashmir notwithstanding, the premier (unlike some of his BJP colleagues) has been relatively restrained in his criticism of Pakistan. He has also done little to provoke Pakistan. Significantly, amid the foreign troop withdrawal from Afghanistan, Modi has not given any indication that India will expand its presence in the country, or that it will deepen military cooperation with Kabul—sure- fire ways to agitate the Pakistani security establishment. Instead, he has only spoken innocuously about strengthening relations with Afghanistan.

A formal trade relationship with Pakistan would be a major boon for India-Pakistan relations (the two countries are close to consummating such an arrangement, but Pakistan must still eliminate its negative list), and it is likely an outcome that Modi would support. Normalising trade ties would align with Modi’s desire to strengthen relations with India’s neighbours via the tool of commercial diplomacy. However, with Rawalpindi fully dictating India policy, an MFN relationship—and efforts toward reconciliation more broadly—are deeply unlikely prospects.

Modi’s policies have also been quite striking further afield in Asia. He has instituted an ‘Act East’ policy, which is more rhetorically muscular than the previous ‘Look East’ policy. The resulting actions have been quite robust as well. Modi’s Government has engaged heavily with nations in East Asia. New Delhi has publicly and emphatically underscored the strategic importance of the South China Sea, called for reinvigoration of the Malabar joint naval exercises (which have taken place in East Asia), and concluded separate energy agreements with Vietnam and Australia. Tellingly, of the nine foreign trips Modi had made as Prime Minister, as of late November, only two—to the United States and Brazil— were not to Asia.

Furthermore, many of the Asia-Pacific countries that Modi’s Government is engaging particularly heavily (including Myanmar, Vietnam, and Australia) have also been courted by Beijing. This appears to be Modi’s way of managing China’s rising influence in Asia—subtle counterbalancing, not overt containment. While this may not please some China hawks in Washington (and New Delhi), it is a wise and logical policy (particularly given Modi’s apparent affinity for China, a nation he visited several times as Chief Minister).

Another striking element of Modi’s foreign policy so far has been a deepening of ties with key global actors. This applies to Japan as well as Australia, with which New Delhi concluded a major defence agreement last month. Additionally, relations with Washington are on the ascent after a period of crisis triggered by the Devyani Khobragade affair late last year. Just consider the duration of Modi’s trip to the United States earlier this year (one week is a long time) and his decision to invite President Obama to attend the Republic Day celebrations in January (Obama will be the first American president to attend them).

Consider these deepening relationships with global heavyweights, the noticeably less active diplomacy pursued with developing countries outside of Asia-Pacific, and Modi’s warm meeting with Israeli Prime Minister Benjamin Netanyahu in New York (which may result in the first visit of an Indian Prime Minister to Israel). Do such developments portend a new, post-non-alignment Modi foreign policy?

Perhaps. But not necessarily. After all, old habits and strong influences die hard. Modi has engaged the BRICS grouping quite extensively, and has expressed vocal support for a new BRICS development bank. Modi’s positions on climate change and even global trade facilitation continue to dovetail more with those of developing countries than those of the West. India has also exasperated many capitals with its subdued reaction to Moscow’s aggression in Ukraine. This reaction is actually not terribly surprising. Modi claimed over the summer that “even a child in India” would say that Russia—a trusted Cold War-era partner—is India’s best friend.

Admittedly, one can discern similarities between Modi’s foreign policy and the views espoused in Non Alignment 2.0, a policy blueprint published back in 2012 by eight influential Indian strategic thinkers. It underscored the importance of India becoming a stronger global player even while staying true to its non-alignment roots. India should aim to be powerful and ‘set new standards for what the powerful must do,’ according to the document, while also maintaining measured neutrality: ‘Both India and the U.S. may be better served by being friends rather than allies.’ Indeed, given the combination of policy divides and lingering mistrust stemming from a long period of rocky relations during the Cold War, an alliance—or even strategic partnership—is highly unlikely, despite Modi’s (and Obama’s) rigorous efforts to strengthen the bilateral relationship.

Non Alignment 2.0 might also shed some light on Modi’s decision to focus so heavily on foreign policy amid economic troubles at home: ‘The success of India’s own internal development will depend decisively on how effectively we manage our global opportunities.’

All this said, there is something special and perhaps even novel about Modi’s foreign policy. One can point to the stepped- up diplomacy in India’s backyard, to the more robust engagement across East Asia, or to the deeper gravitation toward major global players. Some commentators have even identified an emerging ‘Modi doctrine’ oriented around ‘the vigorous pursuit of political influence through greater maritime power’.

Not bad at all for a man whose election campaign was largely focused on domestic issues, and whose party’s election manifesto said nearly as much about sports as it did about foreign states.