Modi and the uses of dissent

The danger ahead: The idea that this Prime Minister can do no wrong may create its own McCarthyism 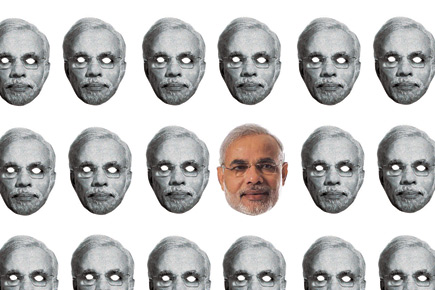 The danger ahead: The idea that this Prime Minister can do no wrong may create its own McCarthyism


Recently, I rushed to this friend of mine who sat eating vadas, enjoying each nuanced bite with a sense of joy. I told her that Narendra Modi was cleaning up the Ganga and talked enthusiastically about the proposed research institute for the Himalayas. A few bites later, my friend said, “Brahmanic, very Brahmanic.” I expressed regret over her sarcasm, and then she added, “You know, it reminds me of the story I read in Diana Eck’s book on Benares. A beautiful book, and like the Ganges, it is more than a story of the river. There is a moment in it where Eck observes that Indians have a habit of seeing the Ganges everywhere.” She tells a story of a professor, a famous Sanskrit scholar and philosopher who visits Harvard, and, looking at the River Charles running past the university, exclaims joyfully, “Ah, I see a bit of the Ganges here!” My friend then added it is not the Ganga alone that we must clean, but every drain, river and rivulet. An unclean river is an insult to civics.

My friend paused, chewing reflectively. “A river is also a metaphor for pollution,” she said. “What is polluted more than our rivers is our language; in fact most of our words urgently need an exorcism. Cleaning the language may be tougher than cleaning the river.” I realised that India’s recent election has created a graveyard of words. All the key words in Indian politics need to be psychoanalysed, reworked and reinvented. “Think of it,” my friend said, “Every beautiful word now looks tarnished or fragmented or even apologetic about its origins.”

Words, like any language, belong to the culture of commons; yet, people act as if they have patented them, disciplined each to one fragment or nuance of meaning. People want words to march in uniform, when words love to enact paradoxes, ironies and ambiguities. The tragedy of politics is often expressed in a tragedy of language.

My friend collected wounded words and considered herself the Red Cross for the injured. She produced a long list, moaning over them as if each word were alive and sighing in distress. “Think of it. Think of the damage we have done to beautiful concepts like secularism, socialism, nationalism, development, civil society, security, and history. The angst of language is lost in the noise of politics.”

I challenged her, claiming that this alleged crisis was an everyday affair, that words often get injured like soldiers at war. She sighed, “It is a deeper malaise; wounded words are symptoms of a sickness. Wounded words reflect a fractured society.” It is not about one party or group. The malaise is structural. Think of it as a problem of thinking, of thinking without constraints.

My friend admitted that the Modi Government was democratically elected, but electoral democracies create their own problems. One can think of the Modi regime as a triangle, each side reflecting a variant of a problem. At its base, we have majoritarianism. Modi came to power elected by a majority. A majority in itself need not be problematic, but majoritarianism as a condition under which the majority senses its power and flexes its muscles can be threatening. Modi as PM might be a responsible leader, but the forces he has unleashed might be beyond his control. Modi himself might show restraint, but a Giriraj Kishore or someone similar could evoke nostalgia for an earlier Modi. Majoritarianism could become a coercive force, intolerant of dissent, threatening anyone critical of Modi and his platform.

The idea that Modi can do no wrong could create its own McCarthyism. A repressed majoritarianism that breaks loose could create eddies of violence. The question then is: can the Modi regime contain the very forces it has unleashed?

Another symptom of majoritarianism is that it thinks that the majority speaks the truth of politics. Any dissent is then seen as an act of sedition. Security becomes a job of social policing, devoted largely to disciplining internal forces. One sees this kind of jingoism in the media nowadays, especially on TV, where anyone with a contrarian view is nudged aside roughly. The jingoism of the majority does not allow for debate or conversation. The ‘threat’ becomes the basic unit of debate. Naxalites, angry activists and young protestors are not seen as articulating the pain of people but performing acts of dissent. For instance, Irom Sharmila, the Manipuri leader whose decade of protest against the Armed Forces Special Powers Act made her a legend, is now seen as a mere nuisance who should be quietly ignored. Between jingoism, accusations of sedition and physical coercion, the majority enacts a carnival of intolerance. In such a situation, the minority lives under constant threat.

One has to examine language to read the symptoms of such a disease. The casualty word is ‘security’. This word, once applied with clarity to domestic life in the context of the integrity of national boundaries, is now applied to internal problems. The conflation of internal and external security blurs the problems of human rights, and suddenly every ethnic or human rights activist appears like a trouble-maker bent on sedition.

Today, NGOs and civil society groups, which gave India many of its great moments of democracy under earlier regimes, are frowned upon. They are simply described as ‘corrupt’, ‘intrusive’ or ‘greedy’, and these narratives ignore the idealism that propelled these movements. There is a split in perspective. NGOs that are political in nature are being attacked. Social work is still seen as permissible, but with the State under Modi re-staking its claim to competence, space for it may shrink. Unfortunately, many of the issues raised by these groups about life on the margins may become dormant again. Confusion has arisen over the role of NGOs. Indeed, they must be transparent and submit to audit processes, but audits cannot be used as weapons to coerce them. One has to realise that the word ‘governance’ extends beyond the idea of government by the State. The modern notion of governance includes institutions of civil society, and these need to be part of a pluralistic order of administration.

If majoritarianism devours democracy, so do minority antics. The nature of electoral politics is such that minorities can often exploit alleged weaknesses to set up little regimes of censorship. Films, plays and books routinely face strictures not just from an angry majority but also from minority groups exploiting the politics of hurt—where ‘hurt’ is defined as any perceived attack on the sentiments and beliefs of a group that could lead to violence. The confusion is usually between law and order and the rule of law. Such groups threaten the former to challenge the latter. The politics of insult has launched many a political career, and it has undermined the robustness of democratic thinking.

On occasion, however, a burst of melodrama highlights the silence around marginal groups. One has to merely recollect the poignancy of Narmada dam victims lying in water to protest against the conspiracy of silence around ‘development’. This is a word with a huge genocidal quotient, and yet our narratives today treat it like a boy-scout term, antiseptic and humanistic, waiting to improve the well-being of the masses. When Narendra Modi raises the height of the dam, there is an inevitability to it. There is hardly any protest. Instead, there is a sense that such displacements of people are an inevitable part of development, that progress has no place for them.

This brings back the question of dissent and eccentricity in Indian life. The recent controversy around UR Ananthamurthy illustrates the dangers of dissent in a consciously consensual society. The Kannada author, one of India’s leading public intellectuals, exclaimed impetuously that he could not dream of living in a “Modi ruled India”. The reactions were disturbing. Faced by threats, the author had to be provided police security. Yet, beyond the threats, it is the framework of attitudes that is disconcerting. Labelled ‘unpatriotic’, he was asked to climb onto a train to Pakistan. The illiteracy of this jingoism is worrying. Few ask what makes Ananthamurthy less patriotic than his opponents. Here is an intellectual who has fought for diversity, for vernacular languages, and has yet remained deeply cosmopolitan. To insist that all dissenters against Modi move to Pakistan is tyrannical. Those proposing the move should read the classics of Manto and recall the chilling horror of Partition and its corpse- laden trains to Lahore and Amritsar. In an odd way, we repeat history at the very moment we could liberate ourselves from it.

I am not saying Modi has encouraged such forms of fascism. His current performance is correct and impressive. His career has been littered with controversies over jingoism and a bully- boy attitude to dissent. The danger is that his followers in their enthusiasm might enact the earlier incarnations of Modi. The question is whether he has the maturity and will to stop them. His followers are like a collection of Modi masks acting in his name, and it is for him to disown them. To do less will not befit the Prime Minister.

The dangers of majoritarianism need to be addressed. Majoritarianism is not like Congress populism, which is deviously instrumental. It is more useful to think of majoritarianism as a dominant language. In its dominance it often creates a consensus, leans towards uniformity and prefers a society that thinks alike. Dissent then has to be seen as a set of dialects invoking a different world and seeking to capture the diversities underlying that uniformity. Unfortunately, the words of the dominant language frequently become surveillance machines patrolling the borders of thought. Majoritarianism, unless it is like an affable Hinduism open to syncretism or the creativity of Bhakti movements, becomes a disease of intolerance accompanied by symptoms of jingoism and vigilantism, and witch-hunts. The danger is that we have begun taking these habits of mind for granted, even treating vigilantism as a form of heroism. One has to only watch some TV channels to witness it.

India is too diverse for an official majoritarianism. The challenge before the regime is to pluralise itself, and for this, it needs a new language of plurality. We need to reinvent democracy to create ecologies for dissent and even some forms of disorder.

One would suggest that Human Development indices include the availability of space for diversity, eccentricity and for difference as a form of reasoning. How a regime scores on such an index should be held as significant. For, only responsible dissent can mediate between majoritarian democracy and majoritarian authoritarianism.