AN INDIAN EPIC WITH A CHAPLIN TOUCH

Why Modi lost and Kejriwal won 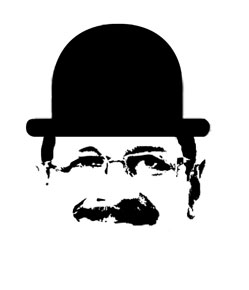 Epic strategies and struggles have a way of predetermining narratives. They emphasise the power of grand narratives, historic outcomes, of enormous scales of victory and defeat. They speak of gravitas and summon a sense of the classic. When one talks of BJP electoral campaigns, there is a touch of history about them. Narendra Modi appears larger than life and Amit Shah as his campaign manager exudes a Machiavellian aura. One feels or senses a juggernaut on the run, trampling little resistances on its way. Modi’s election victory last year and Shah’s triumphant battle to capture Uttar Pradesh had this epic quality to it.

The electoral battle of Delhi was seen as one more credit in Amit Shah’s register. He had the cadres, he had in Harsh Vardhan an acceptable candidate, and experts felt that Delhi was just another predictable story. The Machiavellian power of Amit Shah had become legend. The experts felt Kejriwal as Don Quixote along with his cast of quarrelsome Sancho Panzas were no match for the Modi imperium. Legend had it they had run away from battle after 49 days. For the BJP, an apologetic AAP was confronting a confident cadre. History seemed on its side, but history, being deeply devious, has a way of upsetting predictions. Modi must be feeling like Macbeth after his encounter with the Three Witches or like a general with panzer battalions tripping over punctuation marks.

How does one read such an event?

One begins by contending that this election contained a massive act of misreading. The BJP misread the return of AAP as a quixotic act, half comic, half seditious. Kejriwal was seen as a Chaplinesque figure, not quite of the class of Anna Hazare or Kiran Bedi. The latter two combined a sense of the authoritarian with the authoritative and looked like leaders. Kejriwal looked and behaved like an adolescent unleashed. Modi misread and mislabelled him as an ‘anarchist’ and a ‘Naxal’, seeing his act of protest as a piece of sedition against Modi’s orderly idea of the state. Kejriwal evoked disorder, protest, a ritual inversion of the very signs of authority that Modi valued. Modi evoked visions of a Prussian State, while Kejriwal presented himself like a slapstick Gandhi with a chorus of quarrelsome cohorts.

There was a second, deeper problem of perception. The BJP as a party exudes professionalism, the seasoned power of cadres. AAP conveys the bubbly effervescence of the amateur. Yet I think it was the intuitive shrewdness of Amit Shah to realise that difference could not be a source of contempt. AAP, he realised, might look naïve, unpredictable, anarchic, pious, but the seasoned strategist sensed that BJP ideology was not quite a match, an aesthetic equivalence, for that touch of ethics displayed by AAP. To his credit, the Machiavellian Shah sensed the Simone Weil in Kejriwal’s AAP. His diagnosis was correct, his prescription however was disastrous. Amit Shah saw the embattled equivalence in Kiran Bedi.

At one level, there are points of validity in Shah’s reading. Kiran Bedi was the first woman police officer, an officer known for her courage, her ability to fight for law and order. As further plus points, she was a well-known tennis champion and a PhD from IIT to boot. The two candidates looked phenotypically similar. One was a revenue officer, the other a police officer. Both had IIT degrees. Both were members of the India Against Corruption movement. Bedi as a senior might have looked more formidable, while semiotically Arvind often behaved like a mouse that roared.

The misreading was not in the similarities. It was in the nature of differences. Kiran Bedi appeared frozen in time, a trifle robotic in her behaviour. Kejriwal had a quicksilver touch. He had grown more mature, more sure footed. Bedi appeared like a set-piece strategy, Kejriwal behaved like an open experiment. Kejriwal looked authentically AAP, warts and all, while Bedi looked like an imposition on the BJP, a BJP reading of what a BJP version of AAP would look like with acceptability within the party.

The strategy made sense from the outside, but did not quite jell with BP cadres. They felt her to be alien, an external input who had no sense of the folklore of shakhas or battles during the Emergency. Bedi had the intelligence to realise this. She sensed she was a graft and behaved almost mechanically. She seemed heavy and matronly next to an agile Kejriwal. Instead of adding a positive sense to BJP, her very entry must have cost the BJP about seven seats.

I sometimes feel that the BJP had got used to a particular sequence of tactics to immobilise its opposition. Knocking over Rahul Gandhi or Manmohan Singh spoilt it, but Kejriwal was no humpty-dumpty. He could hit back, ambush, create a sense of expectations while the BJP suddenly sounded stale and conventional.

An acute observer once told me that if indifference was the disease of the Congress, snobbery that of the CPM, hysteria the genetic code of the Trinamool, the BJP always succumbed to hubris. They appeared too confident without realising that the common man was worried about prices, not their antics around the nation state.

There was a deeper difference in the way the two parties constructed their idea of politics. The BJP exuded the standard politics of party and legislature, keen to forge policy. Its cadres were effective, its politicians had a touch of the professional. Yet there was nothing unexpected here. AAP carried a sense of surprise. It wanted citizens to access the political. It wanted electricity and water to be issues of debate by ordinary citizens, not a set of top-down decisions dictated by experts. AAP made politics accessible and was ready to tolerate some disorder to create this sense of empowerment. The BJP, like the Congress and CPM, operated according to hierarchies, but AAP behaved like a confederation of panchayats or dunces depending on your perspective. It conveyed that sense of anarchy, but the other side of anarchy is effervescence, a sense of community. At most, the BJP as a party could offer a sense of participation, of consultation, while AAP offered citizens a chance to invent politics, not merely make choices among preset options.

One must also realise that there is an ‘ethics of scale’ to politics. Modi operated as if he were Prime Minister of a nation, addressing a nation. Kejriwal behaved like a chief minister. His behaviour fit the scale of the script. Frankly, if this were part of a national referendum, Kejriwal might have lost. But Delhi suddenly presented itself as a cosy interlude, a possibility of a different experiment, an invitation to diversity and deviancy to pip the national trend. It was politics at a different level and this Modi failed to see. His speeches sounded pompous, even irrelevant. He sounded avuncular, almost absent-minded, while Kejriwal was folksy, relevant and to the point. He had mastered the relevance of scale and therefore his responses made more sense.

The politics gets more complicated. At one level, one is talking about the imagination of parties and the dynamics of parties. But beyond party politics, what one is battling out in Delhi is the future of the city, its civics, its rules of empowerment. Delhi was no longer Lutyens’ Delhi of bureaucrats. Delhi was now a composite of marginal groups, where Biharis as a migrant population gave it a different demographic and cultural twist. How one read the city depended on how one stratified and classified its electorate. Modi and Kejriwal read the city of Delhi differently. Modi focused on the ‘aspirational classes’, more OBC and middle-class, rather than Dalit, minority or marginal. Second, their idea of how to solve the city’s problems were at variance. Kejriwal sought to create a new politics of access and empowerment. He was more successful in reading the fluid city of migrants, while Modi’s BJP still built its edifice on cadres of petty business and Partition refugees. What was at stake was not just a battle between two parties, but two visions of how to conduct the politics of the city. Kejriwal read the dynamics of the city better, even as Modi wallowed in the logic of the nation-state.

As the election proceeded, one saw the difference in tactics. The BJP had taken aboard AAP dissenters, but dissent often has a half-life. As dissenters, people like Shazia Ilmi did command attention. Ilmi had a fire-cracker force. As a BJP apologist, however, she sounded like a poor imitation of herself. Next to Atishi Marlena on TV, she sounded worn out, an also-ran. One felt she had somehow missed the boat and conveyed more a sense of a woman clinging to power regardless of the cost than someone passionate about politics and change. In all, AAP turncoats sounded like tired Judases too mute to betray their old party.

As a drama, elections depend on rumour, gossip and the talk of the market; all this has its own poetics, its own logic. A lot of it is conveyed by body language—which semaphores an intuitive sense of victory, the genetic power of confidence. Here, AAP scored, but what made the party even more endearing was its interrogation by TV anchors like Arnab Goswami. They acted as the new middlemen, the fixers of politics, and this was a trend that AAP was fighting. By acting as an extension of Modi, the anchor turned Modi comic, loud and unbearable, a second-hand version of the statesman’s image that Modi was desperate to project.

Towards the end, it was clear that AAP’s act was coming together. Its timing was immaculate. It sounded more viable and nimble. As AAP exuded confidence, Bedi sounded both desperate and wooden. There was little leadership and even less laughter in her. Semiotically, she was a disaster in her choice of attire, which looked a bit out of place. Kejriwal had the common man’s winter look. Even if a trifle comic, he looked endearingly ordinary.

The final round of electioneering revealed the wooden face of BJP. Its supporters were crying hoarse about harassment, but the drama was unconvincing. AAP’s became the more credible performance and the pre-poll surveys sensed a reversal of tide. Delhi had countered the BJP trend and Modi smelt defeat. Yet, the BJP was alive at that moment, handling the trouble in Bihar with ease, making Nitish Kumar look silly. They appear ready for battle. Yet, AAP, by creating this oasis of difference in Delhi, has made democracy more endearing and unpredictable. The BJP’s postmortems might read differently, but one senses they have been outfought. Amit Shah, the strategist, the grandmaster of electoral chess, was beaten at Chinese Checkers by Kejriwal’s AAP. In these dramas lie some of the grand dramas of electoral politics.