After Bihar: Return of the Satrapies

Strong regional parties will continue to hold sway against the BJP 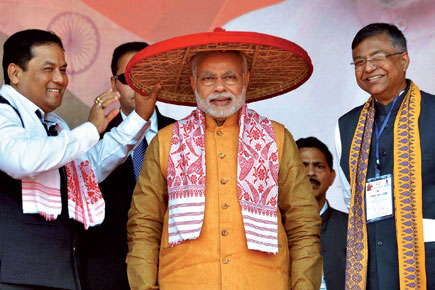 The people of Bihar have spoken. Through a series of mutually reinforcing errors, big and small— some specific to the Bihar strategy and others of a broader nature—the BJP successfully turned what seemed to be an initial edge into a debacle. The difference in the votes gained by the two competing alliances is almost eight percentage points: 41.9 per cent to 34.1 per cent. An identical vote share to that secured by the ‘grand alliance’ had netted the BJP 71 of Uttar Pradesh’s 80 Lok Sabha seats in the 2014 election.

There are three major takeaways from the Bihar outcome that are relevant to the course of national politics over the next few years.

First, the basic dynamic driving Indian politics for the last quarter-century, during what I have termed the ‘post- Congress era’ subsequent to the watershed LS election of November 1989, remains unaltered despite the 2014 LS result. This is the proliferation and resilience of regional parties. It’s remarkable that two ageing Hindi-belt socialist leaders, moreover bitterly estranged for two decades, were able to reinvent themselves as a combine that trounced the BJP in Bihar and effectively put paid to the Modi-Shah BJP’s ambition of emerging as the kind of nationally hegemonic party the Congress was until 1989.

The plausibility and prospects of that ambition hinged critically on Bihar, both because it is India’s fourth most politically weighty state—after UP, Maharashtra and West Bengal, in that order, and just ahead of Tamil Nadu— and because of the timing of the Bihar election. The ambition now lies in tatters and its prospects look bleak, even grim, as one surveys the roster of forthcoming state polls in 2016 and into early 2017. That the BJP’s result in Bihar is the party’s best ever stand-alone performance (not counting the pygmy-ish satellites such as Paswan’s outfit and the newbie entrant known by the strange acronym HAM-S) in a state poll since the formation of the Jan Sangh in 1951 is very small consolation given the scale of the national ambition Bihar was supposed to propel forward.

In West Bengal, the BJP may well draw a blank, winning none of the 294 seats in that state’s legislative assembly in April-May 2016. That would represent a numerically minor but politically embarrassing decline from the lone MLA it has in the current assembly, who won a tightly contested by-poll with the Trinamool Congress in September 2014. A year ago, the BJP had a chance to emerge as the main opposition in West Bengal, displacing the sclerotic and rudderless CPM-led Left Front, by building on the 17 per cent vote share the Modi wind secured the party in the 2014 Lok Sabha election. It has since squandered the opportunity due to the lack of any coherent grassroots strategy in the state and the even more glaring failure to build any semblance of an effective state-level leadership. To the contrary, the state leadership failed to encourage and replicate the example of the few capable grassroots leaders. Dudh Kumar Mondal, a veteran operative who headed the BJP in the Birbhum district (which includes Santiniketan) and took on the might of the ruling party there by astutely exploiting its factional feuds, stepped down in disgust some months ago. Amit Shah’s periodic visits to Kolkata have made no difference, and his boastful declarations during those visits look increasingly hollow, indeed comical. Come April-May 2016, the BJP is likely to revert to its longstanding, miserable 6 per cent vote share in the state—if that.

In Tamil Nadu, where Madame Jayalalithaa reigns supreme and is on her own trip, as always, the BJP’s prospects are also dim, even in alliance with some of the smaller regional parties. As for Uttar Pradesh, it looks more and more likely that the state election in early 2017 will, once again, primarily be a contest between the regional behemoths: the SP and the BSP. The dismal performance of BJP-supported candidates in the just concluded rural polls in the state has laid bare the party’s failure to penetrate and build itself up in rural UP in the wake of the Modi landslide a year and half ago. That leaves Assam as the BJP’s best—if uncertain—bet in the imminent set of state polls, thanks to important recent defections to the party from the Congress there.

The lesson is clear—wherever the BJP faces entrenched regional parties with loyal vote-banks and strong organisations, the challenge of expanding its base, let alone winning elections, is Herculean indeed. Even in the era of Narendra Modi.

The BJP’s discomfiture and the stalling of the Modi-Shah juggernaut brings much-needed cheer to its opponents. But acche din for anti-BJP politics on a national scale are not necessarily at hand, the hope expressed by the CPM’s armchair- Marxist national general secretary notwithstanding.

The Congress continues to be comatose across most of the country and may be withering on the vine even in some of its remaining areas of influence— its troubles in Assam and its poor results in the just concluded local polls in Kerala, where assembly elections are also due next year, are cases in point. Rahul Gandhi’s periodic rants are not helping. The Congress’s best-case scenario for staving off extinction seems to lie in becoming the barely wagging tail of regional parties or alliances in major states, as in Bihar. A truly sad fate for the nation’s grand old party.

It is way premature to speak of Nitish Kumar as the focal point of a national ‘grand alliance’ that can challenge Modi and the BJP in 2019. The main victor of the 2015 battle for Bihar is in any case Lalu Prasad, who can now legitimately claim to be the great survivor of Indian politics—no small achievement in a competitive and crowded field. Their alliance was a dire compulsion, driven by a common existential crisis. It remains to be seen whether the folksy Yadav and the nerdy Kurmi can deliver a well-performing coalition government in Bihar now that the existential threat has receded.

Moreover, talk of Nitish as the leader of a national alternative to the Modi Government is bound to stoke jealousy and back-biting (and stabbing) from other leaders of north India’s divided ‘Janata Parivar’, especially Laluji’s caste-kinsman in Uttar Pradesh. And there are so many other prospective claimants to the mantle of leading the anti-Modi charge in 2019. A viable anti-BJP front in 2019 depends on bringing a large number of the assortment of regional parties and leaders together under one umbrella, transcending both clashing egos and ambitions and bitter state-level rivalries. As of now, unless the Modi Government self-destructs in the next three years, that prospect is still door ast.

The second major takeaway from the Bihar election is, like the first, a point I made in my book Transforming India, published in autumn 2013. The time when a single leader could dominate the nation’s politics is well and truly in the past in the post-1989 era of regionalisation and from-below federalisation. Indira Gandhi was the last (and best) example of that kind of leader, and even her record in elections is mixed despite the advantage of Congress’s national dominance. Modi’s triumph in 2014 owed much to how discredited the incumbent government was and to the purposeful image he projected in contrast to the caricature then resident in 7 Race Course Road. And, of course, a third alternative was non-existent. Even so, regional parties held out strongly in West Bengal, Tamil Nadu and Odisha.

That the strategy based on parachuting Modi into Bihar flopped so badly in the end should teach the BJP that charismatic appeal goes only so far, and very occasionally.

The third major takeaway from Bihar is that Modi can no longer afford to ignore the fundamental dilemma underlying his Government and his premiership. Somewhat simplistically, this can be posed as the contradiction between his party and his movement (it is simplistic because the party is, of course, born of and part and parcel of the movement). The prime minister sees himself as India’s man for the (early) twenty-first century, to lead the country with competence domestically and globally, realise its potential and take it to new heights. This is not solitary megalomania; large numbers across the country still see him as the nation’s best (if risky) bet, in the current circumstances and given the choices on offer.

The prospects of that project depend on the BJP establishing itself as the natural party to run, or at least lead, the nation’s Government. In a context of great social diversity and equally great political pluralism, that in turn depends on the BJP—the only political party with something resembling a nationwide footprint, even if very unevenly— evolving permanently into a civilised, moderate and responsible right-of-centre party. However, the movement of which the prime minister is a lifelong adherent and product harbours forces, ideas and agendas that belong in the eleventh century, not the twenty-first.

Whether, and if so how, Modi deals with this party- movement contradiction—which is also his biggest personal dilemma—will largely determine the fate of his reform- and-development vision and the course of national politics between now and 2019. The Prime Minister has repeatedly asserted that he wishes to lead and govern on behalf of all citizens and all communities constituting the nation. Whether he can indeed walk the talk, and live up to that self-billing, we will come to know in the near future.

Sumantra Bose
Sumantra Bose is Professor of International and Comparative Politics at the London School of Economics and Political Science. His next book, Secular States, Religious Politics: India, Turkey, and the Future of Secularism, will be published in early 2018 by Cambridge University Press