In these times when success is determined by numbers, poetry is a marginal mode of communication. Perhaps what the poet should look for is the intensity of his readership, not its size 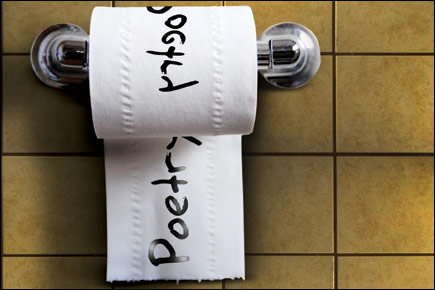 Today, poetry is a marginal mode of communication. Perhaps what the poet should look for is the intensity of his readership, not its size


In recent weeks, thanks to a controversy over a professorship at Oxford, the international poetry community was suddenly abuzz with a new name, one that it had scarcely heard before: Arvind Krishna Mehrotra. Who, indeed, was this dark horse who had been described as ‘one of the finest poets writing in any language’?

There was a mad scramble for texts as poetry vigilantes—always earnest completists, eager to discover the next unknown voice in poetry, but chronically insecure—hunted down what there was to find and, both nervous and suspicious, half-dismissive, turned the name over in their columns and blogs. Not much was there to chew on. The greater part of Mehrotra’s writings had practically disappeared or lay deeply submerged in a few distant libraries; there was an essay, an edited volume, and The Transfiguring Places, his most recent collection from Ravi Dayal. And then there was a handful of poems on a random website, another handful and a beautiful little essay on Kolatkar, titled ‘What is an Indian Poem’ in a recent anthology. This is what they could have found.

In India, among those interested in literature, Mehrotra was, of course, a far more familiar name. Yet, it was this very familiarity that concealed a dirty little secret: Indian intellectuals themselves had read little of Mehrotra, let alone thought about his work, and had far less access to his poetry than anyone within reach of a university library in the US or UK. Have you gone looking for The Transfiguring Places recently? Indians—English literate, literary Indians, who ought to have formed the bedrock of Mehrotra’s (or Kolatkar’s or Jussawalla’s) readership—had sought his work out even less than those abroad, and would only have a few scattered pieces in an anthology and on a website to rely on when they did.

The sad truth is that the reputation of Indian poetry in English has always greatly exceeded both its actual readership and availability. It is a condition that appears to have suffocated and ruined the lives of many Indian poets. For some years after Independence, many of those who wrote in English were reviled as traitors, accused of being inauthentic or unjustly famous, cashing in. But even as this naive, accusatory moment passed, the situation did not improve much. As far as I know, there has never consistently been a dedicated poetry editor at any of our publishing houses. Poetry publishing has flared in brief spurts. And the execrable poetry of influential politicians has always been given wider purchase and distribution than that of senior poets whose work is held in great esteem.

What survives of Indian English poetry survives in severely fragmentary and deeply unrepresentative form in anthologies. Certain kinds of poems (‘anthology pieces’) and certain kinds of poets survive better than others. Writing and publishing has been a stubborn faith, its place slowly eked out and cleared by figures like Mehrotra himself, along with Adil Jussawalla and some others. In this context, perhaps the most luminous moment in Indian English poetry was the 1970s which saw, among other events, the appearance of the Clearing House books, made not by a commercial publisher but by—in the spirit of the times—a publishing ‘collective’. These books, financed in dribs and drabs, were put together with an elan that still seems impressive today, each one with a distinctive and brilliant cover designed by Arun Kolatkar (scans of some of these covers can be seen within the pages of the recent 60 Indian Poets anthology, edited by the poet Jeet Thayil).

At the same time, to see this era merely as a group honeymoon of poets coming together would be completely missing the point. What we find, with a little digging, is that it was a time of intense, vigorous and even bitter argument. Poets seem to have spoken their mind, more often than not, which is also to say they appear to have—in that brief period—engaged more closely and attentively with each other’s work, even if that meant rejecting it. We get a sense of this in Mehrotra’s essay, ‘The Emperor Has No Clothes’, which begins with a discussion of letters agitatedly written back and forth, although from the text we cannot quite hear, today, the whole background noise of those conversations.

I thought of all this last year, in the midst of a discussion on the Net about ‘audiences for poetry’, begun by Priya Sarukkai Chabria. It was an event where, in fact, the aforementioned Jussawalla read and introduced a poem by his old friend Mehrotra, making, according to Chabria, ‘a deep inquiry into [Mehrotra’s] references and imagination’. The occasion for the Internet discussion, however, was not what was said at the event but the fact that, like a tree falling in the woods, there had been (almost) no one to hear it. Even the specially invited audience had failed to show up.

In my mind, there is no question at all that today, it is far easier to make your way in the world as an emerging poet than it was for figures like Jussawalla and Mehrotra in the 1960s and 1970s. The web draws you to like-minded people instantly, allows you, however imperfectly and deceptively, to stay in touch, be in each other’s lives. Publicity, too, is instantaneous. Publication, as the wise ones have understood, is not really a material problem any more per se.

The real problem is, with more poets visible on the scene worldwide than they have been ever before, how to be heard and taken seriously,
carefully judged to be good or bad, in the midst of a vast sea of clamouring voices? You might decide that the immediacy of a poetry performance will invite closer engagement. Everyone may have heard about your poetry reading; no one may come. You may learn (as most Indian poets so far have not) to improve the synergy of live and online events, distributing recordings through podcasts and vidcasts; but still you may not get the audience you dream of.

The question to ask first is, what is the optimal audience for a poetry event, how many people would make me happy, and can I assume that more people would be necessarily, in every instance, better? Our need for a mass audience is a particularly modern and contemporary anxiety.

The fact that other media, such as fiction and that upstart film, can now routinely have a shot at mass audiences makes poetry aspire to do the same. There appear to be statistics that suggest the continued decline of a poetry readership. There is a mythical memory of families huddled around readers or reciters, in television-less living rooms. Maybe so; but I think it is also true that poetry has always survived in its own time by the persistence of a small group of readers.

The Russian poet Osip Mandelstam had a small, but highly devoted band of followers, determined to keep his poetry alive in the face of official censorship. One wonders, indeed, about how many people in Ghalib’s time didn’t just dismiss him as a ‘difficult’ or ‘experimental’ or an obscurantist poet, and the only answer one has is: enough attentive people were there to make it memorable.

I am not saying for a moment that there is not a serious problem with the readership and audience for Indian poetry, especially, but not restricted to, English. Today, you cannot walk into an Indian bookstore and hope to find one complete collection by each of our very few senior, not to mention very reputed, 20th century poets. That is far from the case in the US or in the UK. And that is certainly not the case in Ireland, Chile or Poland or, indeed, in the highly specific cases of Kerala or Bengal, where poetry—of a high, distinctive standard—is, or maybe was, taken far more seriously by a general intelligentsia.

Turn to each case of a thriving, vigorous poetry community and a common thread seems to emerge, not a prefabricated mass audience, not international acclaim, but rather a culture of frank talk and close engagement, vivid with ferocious, voracious arguments, unending discussions, even intellectual fist fights or several rival aesthetic camps. Most of all, there is a deep awareness—even if an antagonistic awareness—of one’s own poetic history. And that is where we fall short.

Poetry, then, does need readers, a community to survive; but it is the intensity and not the size of that community that matters. In an insipid poetry/literature scene, including one saturated with publicity, an inability to muster enough historical awareness, informed critique, ruthless honesty and close, complete reading means that we turn our hopes outward, in a wish for love and affirmation from an imaginary audience that never shows up.

Vivek Narayanan is a writer and editor based in Delhi and Chennai. His collection of poems, Universal Beach, was published in 2006