An Age of Upheaval and Liberation 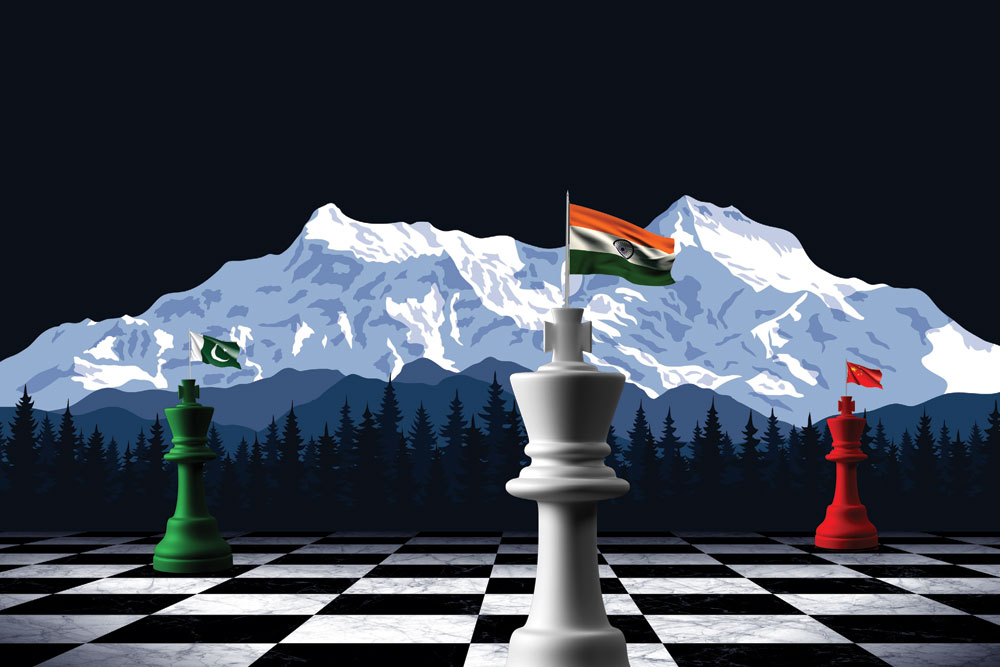 We are in the early days of a new decade. All those images of people celebrating the arrival of new times is only natural, for men and women everywhere have always had this propensity to lose themselves in collective happiness at particular epochs in history. The world turns, often, in its movements within itself, ending up as part of a particular phase in time. And so it could be with the decade that has begun with the arrival of 2020. So it was with 1970.

Decades can be remarkable for the intensity they sometimes symbolise. But perhaps no other decade has impressed us, or kept us in thrall, or confined us to endless worries as the 1960s. It was a time when the world went through convulsions on a frighteningly grand scale. It was too an era where the human imagination soared, as with the journey of the Apollo-11 astronauts to the moon in July 1969. Explorations of space, the race to conquer the moon, the world of astronauts and cosmonauts were all a fulfilment of John F Kennedy’s ringing declaration of sending a man to the moon and having him return safely to earth within the decade. The dream was fulfilled. People across the continents marvelled and then cheered.

But not everything was a dream in the 1960s. It began badly, with America’s Francis Gary Powers falling into the hands of the Soviet Union when his U-2 spy plane was shot down in 1960. Nikita Khrushchev scandalized the world with his shoe-banging at the United Nations. The Cold War went through heat, the flames rising with the murder of the radically idealistic Patrice Lumumba in a free and destined-to-be chaotic Congo. The flames engulfing the Congo would soon claim a fresh victim in the person of UN Secretary General Dag Hammarskjöld.

In the 1960s, the world was in uproar. India’s Jawaharlal Nehru was stabbed in the back by people he thought were his friends, the Chinese. For India, the decade was to be a time of trial, and maybe tribulation. It went through war with the Chinese, in 1962, and with the Pakistanis in 1965. Lal Bahadur Shastri, on a mission for sub-continental peace in Tashkent, did not live to return home to Delhi. The times were to be the beginning of the Indira Gandhi era.

Drama engulfed the 1960s. It came in the shape of assassinations — of John Kennedy, Robert Kennedy Malcolm X and Martin Luther King Jr in the US. It manifested itself in sinister form when Warsaw Pact troops led by Leonid Brezhnev’s Soviet Union marched into Alexander Dubcek’s Czechoslovakia in August 1968. Prague Spring was crushed under the weight of invading tanks. Away in Vietnam, its people perished by the tens of thousands when American warplanes pounded villages and towns with napalm bombs. Back home in American cities, young and middle-aged alike saw not a beautiful but a brutal war in a distant south-east Asia. ‘Hey hey LBJ, how many kids did you kill today’ was the chant on campuses across the US. And LBJ — Lyndon Johnson — humiliated by Eugene McCarthy’s strong primary showing in New Hampshire, abdicated. It was a come-back Richard Nixon who took over the White House.

In the 1960s, intimations of the coming demise of Pakistan were the stark message coming out of the long dictatorship of Field Marshal Ayub Khan. He would go down in humiliation, rejected by his country in its disparate and geographically and culturally incongruous wings. Other rulers fell too, by the wayside or through conspiracy of the shrewdly ambitious. A putative coup d’état in September 1965, an attempted one that remains wrapped in mystery, led to the murder of more than a million Indonesians over a period of two years. President Sukarno was pushed out of power, his foreign minister Subandrio was tried and sentenced to death and Jakarta’s leading communist DN Aidit was murdered by the army. General Suharto seized the country, to turn it into a kleptocracy.

The 1960s have gone into the history books for these and other reasons. Charles de Gaulle’s government, rocked by student demonstrations in 1968, barely survived. Only months later, in April 1969, the once leader of the Free French stepped down from the presidency of France and moved off to his village. The decade saw too the fall of Nikita Khrushchev in the Soviet Union at the hands of the Brezhnev-Podgorny-Kosygin troika. Algeria’s Ahmed Ben Bella was ousted by his defence minister Houari Boummedienne in June 1965. It was the year for Ghana’s Kwame Nkrumah to lose power when the army moved against him even as he arrived in Beijing on what should have been a state visit.

The decade was but another term for the rise and fall of leaders around the world. Park Chung-hee seized power in South Korea, Africa kept going through convulsions associated with the unbridled ambitions of powerful men. A bunch of colonels seized power in Greece. Sometimes it was all gruesome, as in Nigeria in 1966. Prime Minister Abubakr Tafawa Balewa and nearly his entire government were murdered by the army. Loss of life came in tandem with freedom from colonialism for nations. Africa celebrated the spirit of independence — in Kenya, Tanzania, Zambia — despite the darkness around it. The darkness was in the stubborn refusal of South Africa’s apartheid rulers to make way for black majority rule. It was in Ian Smith’s dogged hold on Rhodesia, going for a unilateral declaration of independence in 1965 and refusing to consider majority rule. Men like Joshua Nkomo and Robert Mugabe waged guerrilla war in the bushes.

Australian prime minister Harold Holt drowned in 1967, a year which saw medical science take a huge leap forward when Christian Barnard had one of his patients go through a heart transplant. Yuri Gagarin, Valentina Tereshkova and John Glenn journeyed out of Earth, into space, and came back. Such triumphs of mankind were further enriched when a manned Apollo-8 went behind the dark side of the moon and then emerged clear of it on Christmas Eve 1968. And yet in the 1960s the world was in turmoil, in a cultural revolution-driven China, where Red Guards went around humiliating politicians and teachers and parents. Disgusted by American conduct in Vietnam, the philosopher Bertrand Russell constituted an international war crimes tribunal to prosecute American policy makers. It did not quite work that way.

The Christine Keeler story created ugly waves in Britain, forcing the resignation of a minister. A better part of the UK story was the rise to power of the Labour Party under Harold Wilson in October 1964. It was also a time when China exploded its first nuclear device and entered the exclusive club of nuclear powers. Sectarian clashes gripped Malaysia in the latter part of the decade. Soviet and Chinese troops clashed at the border. Brazil’s military removed Joao Goulart and set in motion a long, repressive era of dictatorship in the country and beyond, in South America. But Fidel Castro, having beaten back American-supported Cuban exiles at the Bay of Pigs in 1961 and weathered the storm over the 1962 missile crisis, remained firmly in office. The CIA went on making one attempt after another, though, to murder him.

The Six-Day war in the Middle East in June 1967 ended up as a humiliation for Egypt, Jordan and Syria when Israel decimated their armies and seized huge chunks of territory from them. President Gamal Abdel Nasser offered to resign but stayed on at his people’s insistence. His defence minister and armed forces chief Field Marshal Abdel Hakim Amer committed suicide. The decade saw the arrival of Pierre Elliot Trudeau to power in Canada. It marked the rise of Sheikh Mujibur Rahman and Zulfikar Ali Bhutto as powerful politicians in what was yet a united Pakistan. The Woodstock generation created waves in America. Lee Kwan Yew went around patiently building Singapore as an economically viable city-state.

The 1960s were a time of indescribable ferment. The social democrat Willy Brandt took over as chancellor of West Germany in 1969, eight years after the Berlin Wall went up in 1961. Lyndon Johnson signed the Civil Rights Bill in America in July 1964, a few months before defeating Barry Goldwater to win the presidency in his own right. The Nazi Albert Speer came out of prison after serving a twenty-year sentence imposed on him at the Nuremberg trials. The year was 1966. And in 1969, Ho Chi Minh died. His nation carried on the struggle he had launched against the French and then the Americans. Biafra took birth in 1967, to die an agonizing death three years later.

Janis Joplin was in her final year of life. Three years earlier, the Indian Reita Faria stunned the world when she became Miss World. In the 1960s, the Beatles took the world by storm. The likes of Gloria Steinem brought feminism to the fore and Jean-Paul Sartre declined to accept the Nobel for literature. Leopold Sedar Senghor wrote poetry, propagated Negritude and served as president of Senegal.

The 1960s were stirring times, revolutionary in appeal and poetic in form. It was the age of liberation. It was a phase in history when authority came under challenge across large swathes of the globe.

It was an age when the mind was without fear.