A war we cannot win


MY MEMORIES OF Kashmir go back to the 1950s and my childhood, when my father, Minoo, and his close friend, Jayaprakash Narayan, led a small but highly vocal campaign to remind their former colleague, Jawaharlal Nehru, of his promise of a plebiscite in Kashmir and to demand the release of its most popular leader, Sheikh Abdullah. Although Abdullah, dubbed Sher-e-Kashmir by Nehru himself, had been his friend and ally against the erstwhile Maharaja Hari Singh, Nehru had allowed his own sentimental attachment to Kashmir, the home of his ancestors, to overcome his political scruples. The result had been the imprisonment of Abdullah for 11 long years, from 1953 to 1964, while Kashmir was governed by a combination of corrupt stooges, rigged elections and military occupation.

I remember learning from Father that a plebiscite, initially promised by India, meant a free vote, under UN supervision, in which the people of Kashmir could choose among India, Pakistan and independence. Father explained that the same majoritarian principle on which we had annexed the Muslim-ruled princely states of Hyderabad and Junagadh meant that we should allow the Muslim majority population of Kashmir, not its Hindu Maharaja, to decide its fate. The Congress had decreed that sauce for the Muslim goose wasn’t sauce for the Hindu gander, sending in a military force in its so-called police action against the Nizam of Hyderabad, while doing much the same in Kashmir, supposedly to ward off Pakistani infiltrators.
The unofficial justification that emerged in supposedly secular Congress circles was that Kashmir, as India’s only Muslim-majority state, was a symbol of our secularism, as opposed to Pakistan. By a curious logic, the same secularists, led by Congress Muslims, explained that Indian Muslims would be massacred by Hindus if we surrendered Kashmir. What had previously been admitted as a disputed territory, whose people deserved self-determination, had suddenly become an inseparable part of our Indian Union.

My first visit to Kashmir was with both my parents way back in the summer of 1961, when we stayed at the beautiful Lake Palace Hotel and were wined and dined by its Oberoi family owners. Mother ordered carpets, made to exquisite Persian designs, from Srinagar’s foremost carpet workshop, while I bought myself smart jade cufflinks, made by local craftsmen. Kashmir still had ample tourism and flourishing handicrafts, and the countryside with its wonderful lakes, mountains, flowers and Chinar trees was safe enough for us to picnic wherever we chose.

I was a teenage fly on the wall as Father, then leader of the recently formed Swatantra Party, had friendly talks with Kashmiri luminaries like the Mirwaiz Farooq and leaders of the imprisoned Sheikh Abdullah’s Plebiscite Front. Their desire for independence from both India and Pakistan was loud and clear, and the corruption and unpopularity of the Indian-imposed quisling regime of Bakshi Ghulam Mohammed were unmistakable wherever we went. Kashmiri self-determination was even then far too unpopular in India for Father to get it officially adopted by his Swatantra Party, so he made it clear publicly that this was his personal view, not the party’s.

I remember well the euphoria in our home in 1964 when Nehru, weakened by his disastrous China War, gave in to persuasion and protest by Father and JP, released Sheikh Abdullah and sent him off to Islamabad to negotiate a settlement with Pakistan’s President, Marshal Ayub Khan. Ayub had demonstrated his good intentions by keeping Pakistan out of India’s China War, so we didn’t have to fight on two fronts, and Nehru was suitably grateful.

It looked like the 15-year-long Kashmir dispute, the main bone of Indo-Pak contention was about to be resolved and Ayub was about to visit Nehru. Father had himself already met Ayub and been impressed by his friendly feelings towards India, and so was my maternal uncle, Rajeshwar Dayal, then Indian High Commissioner in Pakistan.

I remember Sheikh Sahib coming to dinner at our Bombay home, accompanied by his faithful lady friend, Mridula Sarabhai, and my prurient, teenage fascination with their relationship. Seeing masculine Mridullah in her Pathan clothes, I needed little convincing that their friendship was platonic. And then came a sudden thunderbolt from the blue. Nehru, apparently indestructible, suddenly suffered his second, fatal stroke and died. Abdullah was genuinely grief-stricken at the loss of his old friend and opponent. The tripartite talks with Ayub stalled, and India and Pakistan drifted towards their 1965 war.

As Bombay observed wartime blackouts, with very sporadic Pakistani bombing, I tried to argue the case for Kashmiri self-determination with jingoistic fellow students at Elphinstone College. I was told to go and live in Pakistan. The specious Indian response about our broken plebiscite promise was that it was conditional on Pakistan withdrawing from Azad Kashmir. Pakistan naturally responded that India should simultaneously withdraw from the Valley, but India refused any such solution, even under UN supervision.

Kashmir meanwhile resumed some semblance of normality after the Indira-Sheikh Accord of 1974, with a state government led by Sheikh Abdullah, who had been overwhelmingly voted in by the first free elections in two decades. It looked as though there would at least be some provincial autonomy, under our Constitution, which guaranteed Kashmir special status, and most important of all, prohibited buying of property by non-Kashmiris. This was an important safeguard, since we imperialistic Indians had already swamped Goa, reducing their indigenous populations to minorities in the territories we swallowed up.

My next visit to Kashmir was in 1987, as a BBC producer with my distinguished colleague Mark Tully, to cover the state election, generally regarded as a turning point in radicalising Kashmiri Muslims. Abdullah had passed on, but his son Farooq and his mother, Begum Abdullah, were leading the main regional party, the erstwhile Plebiscite Front, renamed the National Conference. It was an open question whether their commitment to secular regional autonomy would satisfy the more militant Hurriyat leaders and the Mirwaiz on the one hand, or the Centre on the other. The prospect of a settlement with Pakistan, revived at Indira and Bhutto’s Simla Summit, had again evaporated, thanks to resurgent chauvinism on both sides.

MARK AND I stayed at the Lake Palace Hotel, which, to our dismay, had declined into crumbling elegance, no longer a showpiece and playground for the Oberois. We were also struck by the general decline in the surrounding Srinagar economy. Tourism, traditionally Kashmir’s staple, had fallen off drastically, discouraged by chronic Indo-Pak border skirmishes, which had also spilled over into the beginnings of Islamist terrorism among Kashmiris themselves. Their desperation had been increasingly fuelled by the bullying and violence of India’s Border Security Force and occupying Army, made up mostly of Punjabi Sikhs and Hindus, who were openly contemptuous of Kashmiris and insensitive to their feelings.

The decline was evident in the poor quality of the handicrafts now on offer, the loss of traditional weaving skills and the evaporation of valuable cash crops like saffron, apricots and walnuts. Most tragic of all was the disappearance of what used to be called ‘Kashmiriyat’, a unique culture of pluralistic, non-sectarian tolerance and assimilation. This was undoubtedly India’s greatest crime against the Kashmiri people, and its victims were inevitably Hindu Pandits, who had co-existed happily with their Muslim neighbours for a millennium. They were now attacked and mostly expelled from their homes in the Valley, much as the Muslim minority had been ethnically cleansed from Jammu.

The state now veered for the next three decades between rigged elections, corrupt and unstable governments, Islamist terrorism and Governor’s rule. This was much the situation inherited by the BJP and its Hindutva brigades from the ostensibly secular, but almost equally chauvinistic, Congress.

Arguably, if anyone could have negotiated a settlement with Pakistan of the Kashmir dispute, it was a Modi Government with impeccable Hindu credentials and a politically unassailable position. It might not have been difficult to make a case that Kashmir is in no way either strategically or economically necessary to our sprawling Indian Union. On the contrary, we have poured public funds into bankrolling a corrupt, client political class in Kashmir, and then protecting them from their own constituents with our military and police forces. Militarily, it remains a huge defence burden on us to defend, with its narrow land border with India cut off for several winter months. An independent Kashmir, with its neutrality guaranteed by the UN, might, on the other hand, have been a valuable buffer state between us and Pakistan, much as Nepal and Bhutan are between us and China. Culturally, even the most casual visitor to Kashmir would realise how alien India is to its language, culture and national identity, especially in our current Hindutva incarnation.

Instead, our BJP masters have chosen to declare all-out war on Kashmiriyat, stamping out its constitutional status by presidential decree and hoping to suppress opposition by blanketing the state with our military. This is an option that would have been unthinkable under either Nehru or Indira Gandhi despite their chauvinism on Kashmir, and closely mirrors China’s swallowing of Tibet. What is even more astonishing is the absence of the kind of defence of Kashmiri rights that my father and JP mounted in the 1950s and 1960s. With a couple of honourable exceptions, the self-appointed, liberal guardians of Indian secularism have remained conspicuously silent on Kashmir.

As a historian, I can only advise our current Hindutva masters that Kashmir will be too bitter a pill for even them to swallow. Kashmiri identity, dating back a millennium, has been forged into irreversible nationhood by our Indian chauvinism, a process which autocratic constitutional changes cannot reverse. Instead, what we have achieved is to turn the world’s most tolerant Muslim country into a hotbed of Islamist terrorism, which will continue to torment our military and any settlers we try to import for generations to come.

It’s a terrorism which could easily develop cross-border links with the Afghan Taliban in neighbouring Pakistan and with disgruntled Muslims elsewhere in the subcontinent. While our BJP masters have undoubtedly held the high moral ground in their championship of Muslim women’s rights, and especially the abolition of triple talaq, their assault on basic Kashmiri human rights is a war they will never win and one we could have done without, given the major economic challenges ahead of us. 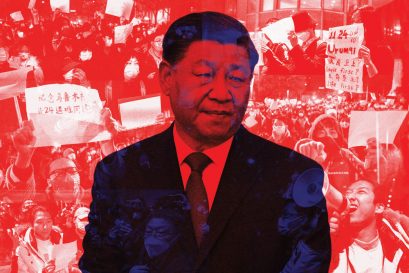 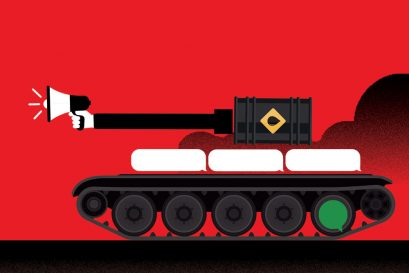