The Right to Desire 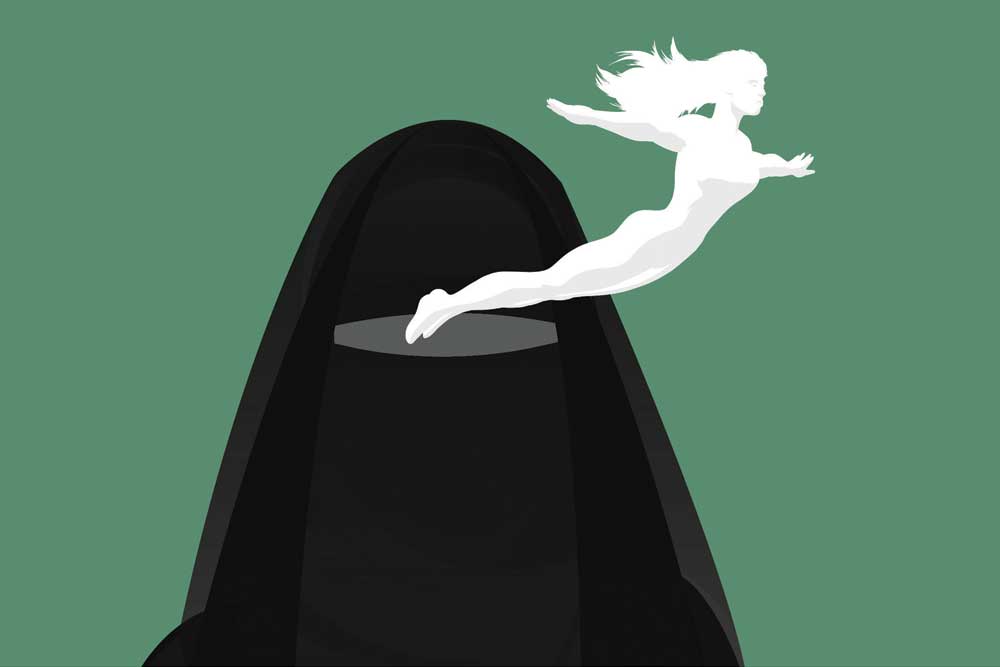 MY MOTHER SEPARATED from my father when she was 32 years old. Mother of four, she lived as a single woman until she left us. She was 60. A death that was untimely, unexpected, a tad too sudden to always be more than a lifelong grief for her children and mother, and one living sibling, a younger brother.

What I remember the most about my mother’s life were her long days and nights without her children whom she met during school holidays as all four of us lived where she didn’t. She loved us absolutely, and we loved her completely, but was that enough? Why, a housewife, after her separation from her husband, was doomed to have a life that was devoid of companionship of another man whom she could have wedded and lived a normal life with if only a lifelong solitude had not been imposed on her by the traditions of her family, the unbending rules of her community, the judgemental ethos of her society?

My grandmother, the wife of a very wealthy feudal lord, was a widow at a young age, and she raised her three children, one daughter and two sons, on her own. All her life there had been accolades of her bravery as a woman, of taking charge of the responsibility of her school-going children, and the lands she inherited from my nana (maternal grandfather), who had three wives, a very strong sense of justice, and so much agricultural land not one of his children, their children, and their children have ever thought it important to take up any profession that doesn’t involve those lands. He left lands for his three wives and his daughters from those three wives. What he and no one around him probably never even thought was even an issue: the status of a woman after her widowhood or divorce.

I’ve seen it all around me all my life. There are stories of countless women who after widowhood or divorce raised their children devoted to their well-being, and solely devoted to that. Their heroism is lauded, their sacrifice is garlanded with words that mean very little yet sound very noble, their single status is covered in societal platitudes that are as insubstantial as they are dishonest. Look at her. She has done it all alone. Now her children are grown up, and settled in their professions or with new families. She has so many more people in her life. What more could she ask for, she has it all. A big, happy, busy-in-their-own-life family.

Despite Islamic injunctions for remarrying of a widow or a divorcee, and despite Pakistan being an Islamic country, there was and in a way still is a huge noisy question mark on the status of a woman when she is stripped of her husband’s name, by law or by something that is not in control of anyone, yes, that tiny final thing called death. Much has changed since my grandmother’s time. And much more has changed since my mother’s time.

Many women marry and even remarry after divorce or widowhood, and there is no real judgemental censure regarding that. After all, a woman needs the security of marriage and the name of a man to keep her in the realm of normal behaviour, acceptable status and accepted morality. Ain’t that sublime? Women are not supposed to marry for love and passion and desire and romance; women are supposed to marry for financial stability, for rebuilding the structure of a family, for fear of exclusion. Even when women think they marry for love, there is much that is taken into consideration; love only is never enough. And in all honesty, it mostly isn’t.

A woman is many things but is rarely her desires, her dreams, her sexuality, her desire. A woman is empowered to take on multiple odds head on for the sake of her children, but is conditioned to take a vow of silence when it comes to the expression of what she truly wants. A woman is praised as a man’s equal but is still given unsavoury tags if she is unapologetic about her romantic or sexual choices.

Do I have the order wrong? It is always romance and then sex for women, not the other way around, right? Heavens will fall if a woman were to fall in lust, and be expressive about it. There are labels for such women: slut, whore, nymphomaniac. Men are just desirable, honest, a stud. The middle ground is missing. Not just in an apparently religious and a superficially conservative society as that of Pakistan, but even in parts of the world where a woman is a man’s equal not just in theory but in practice.

It is not limited to women. It is also true of men. Countless men in our society spend their entire life stuck in loveless and passion-less unions simply because it is not acceptable to break a family because of the deadness of a relationship. It makes little sense to be rash about disrupting your marital dynamics on the basis of habitual falling in lust or not finding your spouse attractive. What also makes no sense is to live your entire life as a lie.

It is not about lack of sexual chemistry in a marriage; chemistry despite being of immense significance is mostly devoid of longevity. And the same is true of passion. A good marriage works on love, mutual respect, building of a shared history and a family, and becoming a witness to one another’s life. A marriage is a sacred vow, made up of your willingness to be with one another. For as long as you are happy with one another, or till death do you part, who knows.

What matters is how you look at yourself in terms of being someone’s partner, in a marriage, in a relationship. Rarely is that given importance. Why, ask yourself. You are a woman, you are a man, the questions should be identical when the one asking and the one answering are the same: you.

So much is said about marriages that last forever for one reason or the other. Not much is said about an entire life being wasted stuck in a relationship that was marked with a shadow of acute loneliness simply because there was everything but desire for one another. Love is hugely important, and so is making emotional and mental adjustments for one another. Being sexually attracted to one another for a long time is perhaps just a Fifty Shades of Grey, a 9 1/2 Weeks fantasy, but to shrug off its absence with the resigned solemnity of a celibate monk is merely wishing away a hard truth. Passion and desire and romance replaced by friendship and companionship and love is the normal evolving of a relationship or a marriage; what is not normal is the utter repudiation of the importance of passion and desire and romance.

Life is about having that satisfaction that you paid attention to every part of you: Emotional, spiritual, mental, physical

Sexuality fades, sexual attraction diminishes and even ends, and that is as real as the sexy hunk you fell in love with at 25 getting bald and developing a paunch at 45, or the hot woman you couldn’t take your eyes off spending hours at gym to get rid of the stubborn fat of two pregnancies and ten years of a staid marriage. Staid being relative, of course. What is undeniable is the absence of articulation of your unhappiness in being restless in a relationship that is passion-less and sex-less.

This reminds me of a friend who in her late 20s left her husband of more than a decade. A mother of four, very pretty, she had known no life outside her mother’s strict disciplining and her marriage at 17 to a very suitable young man: a solid family name, money and respectability. One day she left him saying: there is no romance in our marriage. After a few years she married for love. That ended a few years later too. Today she is married again, and seems blissfully happy. Perhaps third time lucky? What I’ve never heard her express all these years that I’ve known her: regret for ending her first marriage. Her life had to be hers before it was anybody else’s. Her life, her choice, her happiness, her regret, her decision, her mistake, it is as simple as that.

It is not about abandonment of a traditional role. It is not denigration of the sanctity of a marriage. It is not to lessen the importance of what lasts, or at least is understood to last. It is simply an acknowledgement that there is more to life than the expressed, the practised, the accepted. It is to say out loud that your choice to love and not love is yours. It is to be unapologetic about your sexuality and the needs of your body.

It is not a battle to be won, as the two sides are set for an identical fate. It is you against you, in a pointless waste of your life, that flimsy little thing that ends without a notification.

The missing link, as a friend calls it: our refusal to accept the reality and the misery that is the result of that refusal. Our mental whipping of our body to attain an imagined moral perfection without succumbing to the need of satiation of one of its primal needs is a negation of our humanness. A human body is made to have emotional, mental and physical contact with a human body; the need to have sexual intimacy is as basic as that of having food. Yet only one is considered essential, only one is given importance to.

A sense of short-lived exhilaration that turns into happiness, physical closeness that connects two people in a bond that is only between them, and a physical satisfaction that not only produces positive hormones but also results in the initiation of emotional well-being, what is there to feel bad about that?

Many people feel nothing, and they feel there is nothing wrong with that. As the precocious and the very brave Arya Stark in Episode 7 of Season 4 of Game of Thrones says: ‘Nothing isn’t worse or better than anything. Nothing is just nothing.’ To feel nothing is being dead. Before being really dead. To feel nothing is repudiation of that biggest gift of all: life.