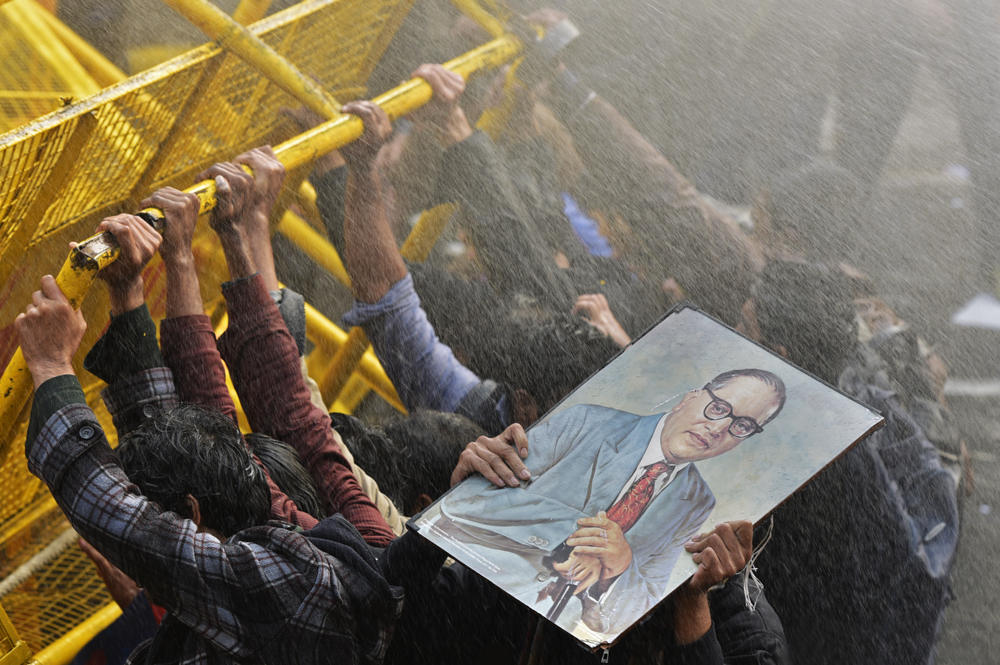 Out of the 230 years of its existence, the American constitution had allowed for some form of racial discrimination or the other for almost 175 years. When it was being framed, slavery became a contentious issue between the delegates from the south and the north. Finally, the Constitutional Convention had to settle for a compromise on the issue. James Madison, a founding father and the fourth president, wrote: ‘It seems now to be pretty well understood that the real difference of interests lies not between the large and small but between the northern and southern states. The institution of slavery and its consequences form the line of discrimination.’

It took more than seven decades and a civil war to formally end slavery in America. When Abraham Lincoln was elected as the president of the US in 1860, the nation was heading for a civil war on the question of the abolition of slavery. The end of the civil war and the defeat of the Confederate forces of the south in 1863 marked the end of slavery for the African Americans. The 13th amendment to the constitution in 1865 had finally ended it.

Yet, the recent developments clearly demonstrate that racism is still an everyday reality in that country. The Black Lives Matter (BLM) movement is a stark reminder to the American leadership that it still suffers from many social and moral anomalies, systemic and societal racism being one of them.

The American leadership never tires of preaching about religious freedom and liberal democratic values to the world. The forked-tongue liberals too miss no opportunity to run down countries like India. Since the identity politics anyway dominate the American discourse these days, it may well be reminded that in its 230-year history, the US has not had a single Hispanic president while Hispanics constitute around 16 per cent of the national population. After 220 years, Barak Obama became the first president of African American descent in 2009 while the African Americans constitute over 13 per cent of the population. Not a single woman could rise to become the president of that country so far. This ‘exclusivism’, as against the much touted ‘exceptionalism’, in its ugly form is being questioned in recent weeks. In just seven decades, India has had presidents and prime ministers from different religions and communities, including a couple of women.

While the Black Lives Matter is an anguished cry of the beleaguered African Americans for dignity and security, the violence and statue-pulling entailing it establishes that much-maligned McCarthyism has some truth that liberalism became a smokescreen for the far left. Liberal political philosopher Joseph Nye fumbled when asked recently about the violence. Describing himself as a ‘liberal realist’, Nye insisted that one should see ‘long term’ in such situations.

In America, statues of the Confederate states’ leaders were controversial owing to their support for the institution of slavery. Similarly, the statues of slave traders erected centuries ago in the British cities might be seen as a stigma by today’s generation. Slavery in America was a British colonialist practice. The monuments that were being pulled down belonged to the descendants of those colonialists. Countries like India had faced colonisation from the Central Asian lands much before the Europeans like the British and French came. Those colonisers like the Turks and Mughals, too, had erected their monuments here. After Independence, many statues of the British colonial era were removed to a corner of Coronation Park in Delhi. Roads like the Kingsway and Queensway became Rajpath and Janpath, respectively.

But when Aurangzeb Road in Lutyens’ Delhi was renamed as APJ Abdul Kalam Marg, Indian liberals frowned at it. ‘Respect history’, they pontificated. ‘Dangerous trend’, they scowled. By the way, they exult at the statues being pulled down in the US and UK. Worse, they fervently wish for a BLM-type agitation in India. ‘Why no Dalit Lives Matter movement in India?’, publicly bemoaned one of their ilk.

Attempts by the left-liberal cabal to equate the Indian caste system with the race discourse in the West are not new. India has consistently resisted such moves at the international fora. Unlike the founding fathers of the American constitution, the members of India’s Constituent Assembly did not hesitate to take the challenge of social inequality head on. In fact, the committee for drafting of the Indian Constitution was headed by Dr Bhimrao Ambedkar, who himself had very firm views against practices like untouchability and caste discrimination. Speaking in the Constituent Assembly on the last day, November 25th, 1949, Ambedkar had summed up the commitment of the nation to absolute social harmony and rejection of any form of discrimination and injustice in the following words: “Social democracy means a way of life which recognises liberty, equality and fraternity as principles of life. They are not separate items in a trinity, but they form union of trinity. Without equality, liberty would produce the supremacy of the few over the many. Equality without liberty would kill individual initiative. Without fraternity, liberty and equality could not become a natural course of things. Articles 15 (4) and 16 (4), therefore, intend to remove social and economic inequality to make equal opportunities available in reality. Social and economic justice is a right enshrined for the protection of society.”

Countless efforts to instigate social conflicts in the name of caste by the anarchist cabal have failed because of the resolve of the Indian society to uphold inclusiveness together with the social justice activism of the Indian Constitution. Rather than looking for a BLM-type agitation in India, the liberals should be looking for peaceful solution to the BLM campaigners’ anguish and agitation.

A majority of the African Americans do not support violence and anarchy. Non-violent methods adopted by Martin Luther King Jr’s campaign that had resulted in the two landmark laws in favour of their community, the Civil Rights Act of 1964 and the Voting Rights Act of 1965, still inspire them. ‘America has a silent Black majority’, wrote Jason L Riley, a senior member of the Wall Street Journal editorial board and a respected black American journalist, and ‘Mr. Trump may be unpopular, but so are looting, toppling statues, defunding the police, and allowing armed radicals to take over sections of major cities’, he added echoing the sentiment of that silent majority.

Next: Why Pakistan will Talibanise Pakistan

The Axis of Jihad

Why the war on terror is failing

Between piety and power