This is invisible Punjab, bypassing the airbrushed mythology of its prosperity and the always-happy-always-cheerful Punjabi. This is a key to the understanding of how the Sufi way has come to rest with the state’s impoverished Dalits. 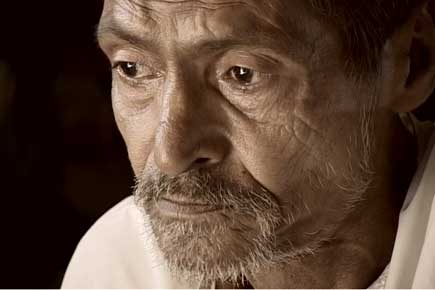 This is not the prosperous Punjab of its airbrushed mythology. This is a story of its impoverished Dalits and how they have come to be the keepers of the Sufi way of life.


This is invisible Punjab, bypassing the airbrushed mythology of its prosperity and the always-happy-always-cheerful Punjabi that Indian cinema has persuaded us about. Instead, it offers us the more subdued domain of its many Sufi saints and mystics, and its landless Dalits. It is the connect between the two that becomes the real surprise: because that Sufi way has finally come to rest in Punjab with its impoverished Dalits.

Our understanding of Punjab has been largely conditioned by three watersheds in its history: Partition, the Green Revolution, and the Khalistan movement of the 1980s, Ajay Bhardwaj reminds us. So not only does he bypass the clichés of prosperous Punjab—there is not a tractor in the film—he also reminds us about the real origins of the universe of Sufi ‘world music’. (A world that Nusrat Fateh Ali Khan and Hans Raj Hans first crashed into and then became a comfortable part of). Kitte Mil Ve Mahi (aka ‘Where the Twain Shall Meet’) reminds us that the universe of the Sufi and bhakti poets was about more than just religious reformation: these were social revolutions that asked questions, and overturned hierarchies of gender and caste and preached a doctrine of equality.

The bloody partition of 1947 had left the Indian part of Punjab without most of its Muslims. But the Sufi shrines they left behind continued to survive, particularly among the so-called low-caste Dalits, who constitute nearly a third of its population. This is the fertile soil for this revelatory journey, located largely in the Doaba region of Punjab, the cradle of the formation of the Ghadr party and the Ad Dharmi movement of Dalits.

So we meet the first-generation Paslewala qawwals, Dalits who have become the keepers of the Sufi music tradition in their part of the world. There is the octogenarian Baba Bhagat Singh Bilga, the last ember of the radical leftist Ghadr movement. The film also reminds us that this mystical tradition of the subcontinent did not exclude women; they are poets and saints in their own right and even appointed successors by their masters.

But at the heart of the film is Lal Singh Dil, revolutionary poet and a Dalit converted to Islam, whose coruscating poetry—and quiet sense of betrayal and injustice—speaks of the systematic disenfranchisement of his people by a caste elite. What emerges as the moral centerpiece of the film is a gut-wrenching sequence set in a mango orchard, where Lal Singh and a landless Dalit labourer sit and speak of things that matter, traversing a huge swathe of human history and politics. Both appear slightly stoned, but the release afforded by the intoxicant allows them to speak freely and lucidly of their aboriginal origins, their dispossession and slavery, the caste system and Hindu domination.

Quietly, understatedly, the film reminds us of the anger—and the will to resist—that lurks below the surface in so much of India.