Political agreements and a firm hand in dealing with insurgencies have normalised the Northeast, making it easier for India to face Chinese threats across an unsettled border 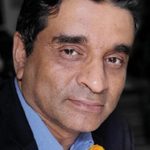 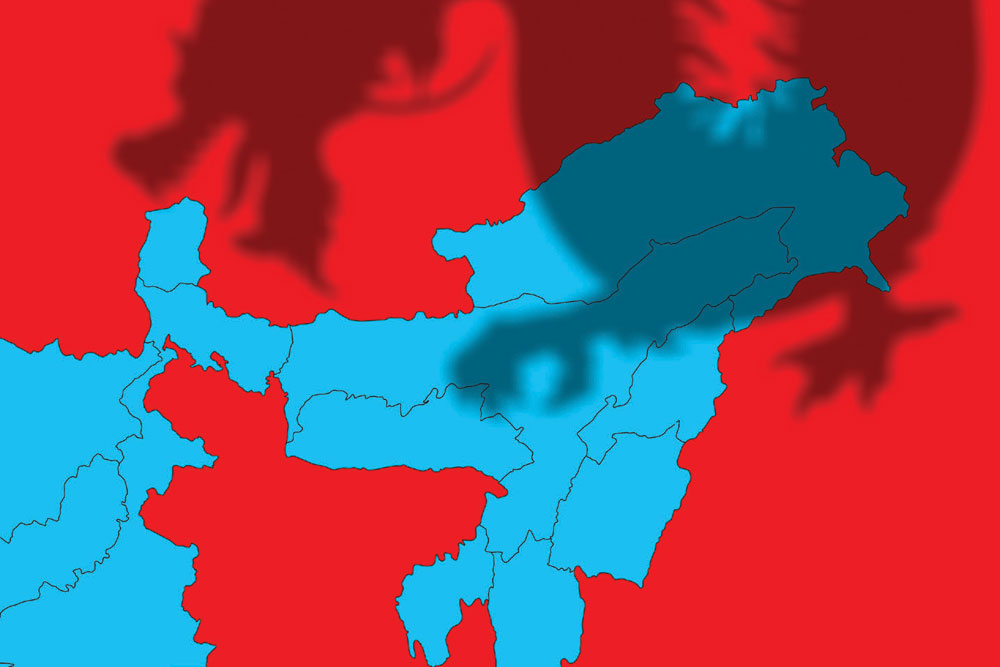 
FOR LONG THE Northeast’s eight states—Assam, Arunachal Pradesh, Manipur, Meghalaya, Mizoram, Nagaland, Sikkim and Tripura—had remained a remote frontier due to the geography imposed by Partition that engendered an isolation that persisted for several decades. Partition also reset the economy of the region which until then had a higher per capita income as compared to the rest of India due to the loss of traditional transit routes and access to the Chittagong port.

All this happened despite the Northeast enjoying great geographic, demographic and natural diversity. Its aloofness was evident even during the Raj owing to fierce tribes who valued their independence and way of life even as divisions deepened due to the lines of permits guarding access. Although the East India Company had very early on brought areas of Assam under its control following a war with Burma and started the lucrative cultivation of tea, it did not bring the tribes inhabiting the Naga Hills and the Lushai Hills, etc under its direct control. Thus, many regions remained remote because of lack of access. The problems after independence didn’t just lie in inhospitable terrain but also because there were international borders with five countries—China, Myanmar, Bangladesh (East Pakistan), Bhutan and Nepal. Exposure to the world for its elites, initially by participation in World War I, spread of missionary education, and movement of people to and from the region created an awakening among the tribes that began to feel threatened by demographic and political change. The early adversarial attitudes of warring tribes against the British continued after Indian independence and resulted in a spurt of insurgency movements. The emergence of a drug mafia and an arms trade from the notorious Golden Triangle into Mizoram, Manipur and Nagaland added to a steady influx of economic and political refugees, a process that threatened to alter the dynamics of politics and economy. The Northeast became a place one would visit only if forced by the circumstances of one’s profession.

Although it is to the credit of successive governments that insurgencies were controlled, there was no holistic effort to address multiple concerns. Instead, the tendency has been to seek ad hoc solutions bordering on ‘securitising’ issues on narrow terms. The potential for assimilation and interlinkages was lost, leaving the Centre, state administrations and the people at large unhappy and uncertain.

There has been a marked change in the last few years. The Union home ministry identified a three-pronged strategy premised on preserving the homogeneity of individual states and regions, ending all interstate disputes by the end of this year, and ushering in economic progress. The issues of both interstate border disputes and insurgencies have seen substantial progress which has a direct bearing on national security and India’s ability to combat threats from across its northern border. The vulnerabilities in the Northeast have long been a serious handicap in countering the Chinese threat.

Assam is the common strand that connects all border disputes. It became part of British India in 1826 as a result of the Treaty of Yandabo with Burma. From 1826 to 1874, it was administered as part of the Bengal Presidency. Assam was raised to the status of a chief commissionership in 1874. At that stage, several adjacent areas were made part of Assam. Known as Greater Assam, the province included six districts of the Brahmaputra Valley, Surma Valley, the Hill districts, and Manipur. In 1898, the Lushai Hills and Chittagong Hill Tracts were brought under the Assam administration. In 1905, following Lord Curzon’s experiment, Assam was merged with East Bengal to forge a new province that was annulled after the Durbar of 1911. Following Independence, the fragmentation of Greater Assam began in 1963 when Nagaland was first carved out. Meghalaya, Mizoram and portions of the erstwhile North-East Frontier Agency (NEFA) were separated and achieved full statehood later. The formation of these new states caused tensions as there was no consensus on the delineation of boundaries. Assam accepted the constitutional boundaries but the new states demanded demarcation based on historical claims.

Meghalaya came into being in January 1972 and the boundaries of the Khasi and Jaintia Hills became the border between Meghalaya and Assam. Meghalaya has issues related to the historical colonial legacy of losing territories to the British and post-Independence transfer of two blocks to Karbi Anglong in Assam. Meghalaya claims that people residing in these areas were mostly tribals from its regions. A petition was filed before the Supreme Court in 2019 which was dismissed. There are 12 outstanding areas of dispute and it is no small achievement that the chief ministers signed an agreement on March 29, 2022, settling six of these.

When the Nagaland State Act, 1962 was adopted, the border was defined as per 1925 notifications under which the Naga Hills and Tuensang area were integrated and made an autonomous area. The interstate border is divided into six sectors which include parts of Sivasagar, Golaghat, Jorhat and Karbi Anglong, all of which lie in Assam. Nagaland claims that four sectors belonged to the Naga tribes before the British made them part of Assam. Nagaland leaders claim that the 16-point agreement between the Naga People’s Convention and Jawaharlal Nehru signed in 1960, which created the state, mentions restoration of all Naga territories. Nagaland, therefore, demands implementation of that particular clause. Assam, on the other hand, argues that these areas have been under its administrative care for centuries. The Assam government’s stand is to maintain the boundary “constitutionally”, as decided on December 1, 1963. There has been a history of violent clashes beginning in 1965. As recently as September 2006, the apex court set up a three-member local commission to examine claims. With such a baggage, it is creditable that in January this year, Assam and Nagaland agreed to settle out of court.

The Union territory of Arunachal Pradesh was created in 1971 and demarcation of the boundary took place in 1972. It was born of the decision taken by the colonial government in 1911 to create a new district known as the Frontier Tract. After independence, NEFA was created in 1954 as recommended by the Bordoloi sub-committee, giving direct control to the governor of Assam. Of the 703 square kilometres, 397 sq km of the Assam-Arunachal boundary was demarcated by 1974. However, reports of encroachment from Arunachal led to violent clashes, including firing. Although the dispute is before the Supreme Court, talks between state governments at the behest of the home ministry are on to solve the problem of 122 disputed villages in a time-bound manner.

After the violence witnessed last year on the Assam-Mizoram border, there are regular engagements to maintain peace. The boundary dispute arises as the latter objects to the 1933 notification on the boundary between Cachar Hills and Lushai Hills. The Mizos are asking for a return to the so-called inner-line boundary of 1875. The claim area as per the 1875 notification would be around 829 sq km.

In addition to the border disputes, the surrender of militants under Tripura’s NLFT (National Liberation Front of Tripura) Agreement and the historic Karbi Anglong Agreement ended a decades-old crisis, balancing the need to ensure Assam’s territorial integrity while addressing the aspirations of the Karbis. Under the Bru Refugee Rehabilitation Agreement, nearly 35,000 of the Bru community are to be settled. With the Bodo Peace Accord, 1,615 cadres of National Democratic Front of Boroland (NDFB) groups surrendered.

Effective April 1, 2022, the Armed Forces (Special Powers) Act, or AFSPA, has been vastly curtailed. Of all the long-festering disputes, the Naga peace talks hit a roadblock following differences over a separate constitution and flag. Progress can be expected with the government willing to walk the extra mile in this protracted conflict.

There are no one-size-fits-all solutions. Astute management through constitutional remedies and political compromises have harmonised many differences. A stock taking must acknowledge that significant progress has been made under the current government.

DPK Pillay
DPK Pillay, a retired colonel of the Indian Army, is a research fellow at the Manohar Parrikar Institute of Defence Studies and Analyses. A recipient of the Shaurya Chakra, he served in the Northeast