The Mind and Mandate of America 2020

Can President Biden be the new Reconciler-in-Chief? 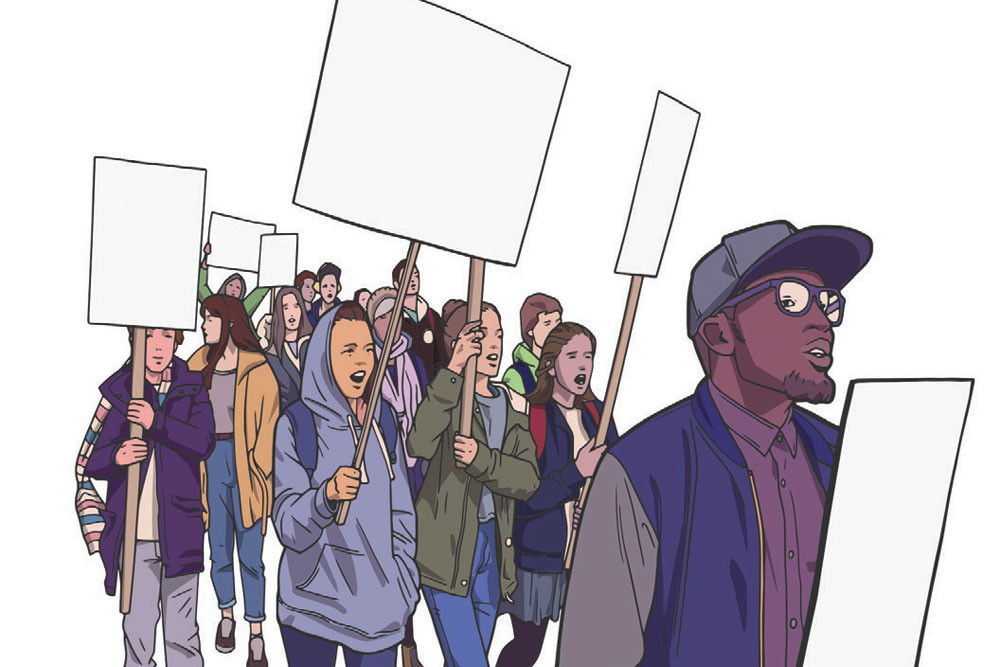 America just had its longest nights in politics. An electoral thriller, defying psephology and conventional punditry, lingered there—a prolonged denouement with no closure in sight. President Donald Trump, as was expected, played King of Darkness to horrifying perfection, crying “fraud” and “disenfranchisement” and threatening litigation whenever the numbers went against his private algorithm. The challenger, and successor, Joe Biden, remained largely quiet, as was expected of American politics’ most patient man. Patience pays.

Then there were the metaphorical nights of the last four years. In the literature of nocturnal America, Trump floated in singular prominence, casually assassinating truth and diligently nurturing the base. This America as the 21st century’s most terrifying—and distasteful—piece of reality television was panned by both liberals and liberal conservatives. And this America was, by the consensus of the disgusted and the outraged, racist, corrupt, pandemic-insensitive, narcissistic, and, at a closer look, fake. In the metaphorical nights of America’s presidential history, democracy was put on trial.

Remember: Joe Biden said he would be “an ally of the light” after the darkness of Trumpism. And that was perhaps the only Obamaesque piece of poetry the steady deputy of America’s first Black president let into his prose.

Has America seen the light?

Trump may have become America’s fifth president in a century who was denied a second term—what was once a pre-pandemic certainty—but the end of his presidency won’t be the end of Trumpism. As president, he was far from being the unifier. It was a great divide that made him president in the first place. In four years he had made the division starker. He presided over an America of irreconcilables, and its sociology escaped the certainties of ideologies—Left or Right, it didn’t matter. He leaves behind an America that is not just divided. It’s angrier, nervous, resentful, vengeful, unforgiving, and self-consciously American in a raw, nativist way.

America may not have elected a unifier. It may not have elected even a counter-argument. It seems to have elected a patriarch of public-square decency. And as has been argued in this space last week, it seems to have settled for a non-Trump, someone who is defined by what he is not. As Trump recedes after a stormy term marked by the persistence of a virus, what remains, as a memorial and warning, is an America reimagined and redrawn. What do we see there? 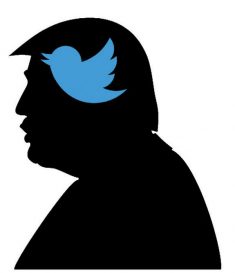 Call it echo chamber, make believe, or group think. Or liberals playing out an Orwell script for a change. If Trump was the loudest commander-in-chief who ruled with a weaponised Twitter handle, the righteous legion of progressives and holier-than-Trump conservatives were the noisiest lot in the public arena, crying for the lost America, and marching against a cultural Apocalypse. They were the creators of the Blue Wave, and they were also the promoters of identity politics in the name of social justice. They colour-coded America, and alphabetically arranged Americans with the precision of a Soviet-era social engineer—and missed everything that was not tweeted by Trump. As they went on to invent new adjectives to name the demon, they failed to find one for the Trump supporter—or the sociology that sustained him. 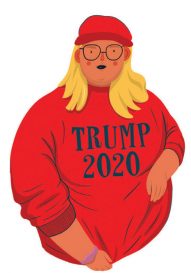 They didn’t go away with Nixon. The happy story of globalisation did not bring them from the ghetto to the mainstream. They are America’s shirtless, white and male, the orphaned characters in an American pastoral. Hillary Clinton called them the Deplorables, and paid a price. It took a rich man to voice their sighs and sorrows, to identify with their forced isolation from the traditional Left and Right. The razor-thin margins in the election have vindicated the power and durability of the Trump coalition, which still remains incomprehensible to the bubble-dwellers. It’s a coalition of the white proletariat and Christian nativists, of anti-establishment street fighters and everyone else who thinks that unchecked immigration is not a continuation of the American Dream. Trump is the god of small towns. 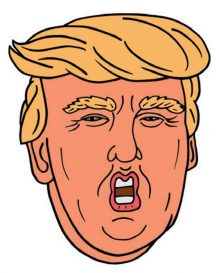 What the pandemic couldn’t do, his character did. The Trump aesthetics verged on the vulgar, and the message of Trumpism was always accompanied by the stench of me-alone excess. He was the president of permanent grievance, and the world around him was a huge conspiracy. He excelled in the role of the persecuted—persecuted by the media, the elite, the pollster, and by the hidden hands only the conspiracy theorists of QAnon could see. “In politics, as anywhere else, it’s impossible and pointless to say everything all at once, to just anyone. But that does not mean having to lie. All you need is tact, the proper instincts, and good taste.” That was Václav Havel, for whom words mattered in the practice of “apolitical politics”. For Trump, kitsch is karma. And his war on good taste in politics cost him no votes, but more than a nod from the Brahmins of the Right. 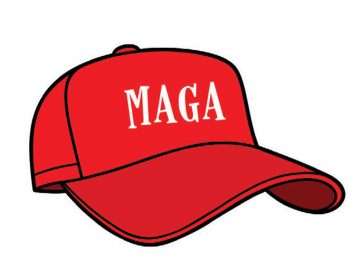 It’s futile to quote Edmund Burke in the age of Donald Trump. The classicist’s template of moral restraint and a curtailment of excessive individualism won’t work when populists tapping into simulated emotionalism have come to define the conservative surge in politics. The new conservative in power is not the apostle of the familiar. He is a revolutionary powered by the persistence of the enemy. For Trump, there is no political opponent; there is only the enemy. The moral expansiveness of the traditional conservative, the original communitarian, has given way to the nationalist insurgent: “Make America Great Again”. He travels back in time to imagine a future. The old conservative idealised the present. The new one has lost faith in it. He has retreated into the Walled Nation. Trump’s isolationism and anti-immigrant vigilantism have taken American conservatism from Reagan’s international idealism and George W Bush’s neoconservatism to the realm of visceral nationalism, which is not something originally propagated by even Steve Bannon. American conservatism was reborn as a masculine rage in Trumpistan. And it’s not going away with President Trump.

As I write this Thursday late night, it looks certain America is set for a normal president, for soothing greyness after hubristic upheaval. The America he will inherit is a democracy scarred by ideology, where the past is still a dispute, the present a huge injustice, and the future an unrealised glory.

It was in another time, and in another America. In 2008, from a hotel room in Washington, with a deadline looming over me, I watched Obama giving his victory speech from Chicago, in the alliterative cadence of a prophet and with the vocabulary of a novelist: “There’s no blue America, there is no red America, there’s only the United States of America.” It was the reconciler talking to an America that just made history by electing him.

A mandate—and a mind—for reconciliation is what a cracked-up America needs now.