Return to the Ideal City 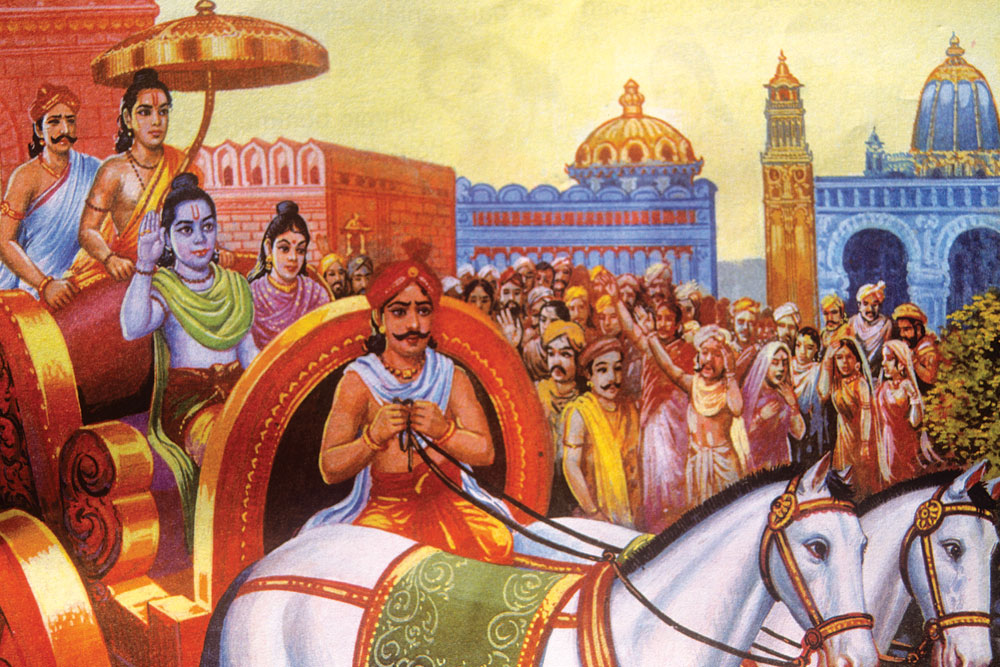 A sketch of Rama and Sita departing from Ayodhya (Photo: Alamy)


Ayodhya was the impregnable city, the city that could not be assailed. In the Valmiki Ramayana, in ‘Bala Kanda’, there are wonderful descriptions of Ayodhya, when Dasharatha was the king. (In everything I state, I will stick to the critical edition of the Valmiki Ramayana.) This was the kingdom of Kosala, located on the banks of the Sarayu. Ayodhya was the capital of Kosala. Manu constructed this city, which was twelve yojanas long and three yojanas wide. (A little after this description, we are told that the fortifications extended for another two yojanas, beyond the city’s perimeter. A yojana was between 12 km and 15 km.) It was beautiful and spread out, divided by highways. The large royal roads were laid out well. These were always sprinkled with water and flowers were strewn on these. There were gates and arches. There were machines and implements of war everywhere, constructed by all manner of artisans. There were tall walls with standards, surmounted by hundreds of shataghnis. (A shataghni is a weapon that can kill one hundred at one stroke.) There were moats that were difficult to cross. Thus, the fortification was impossible for others to breach. Hence, the name Ayodhya. There were mango groves and a giant wall formed a girdle around the city. The city was laid out like an ashtapada board (an eight-by-eight board, used for the original form of chess). The palaces were embedded with jewels and were as beautiful as mountains. There were inner quarters for women and the place was like Indra’s Amaravati. It was encrusted with gems everywhere and the mansions were like celestial vehicles. The houses were densely constructed on level ground and there was no space between these. There were stores of shali rice (a fine variety of rice) and the water was like the juice of sugarcane. There were drums, percussion instruments, veenas and cymbals. These were sounded loudly, proclaiming that this was the best city on earth. 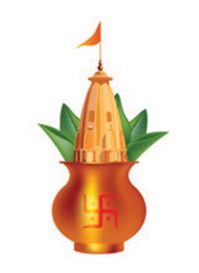 How did governance work? Dasharatha had eight brave and illustrious advisors. They were pure and devoted and were always engaged in the king’s tasks: Dhrishti, Jayanta, Vijaya, Siddhartha, Arthasadhaka, Ashoka, Mantrapala and Sumantra was the eighth. There were two officiating priests, supreme among rishis: Vasishtha and Vamadeva. There were other ministers too. They were prosperous and great-souled, learned in the sacred texts and firm in their valour. They possessed energy, forgiveness and fame. They smiled before they spoke. Because of anger, desire or wealth, they never spoke false words. There was nothing that was unknown to them, in their own kingdom, or in that of others, whether it had been done, was being done, or was being thought of. This was ensured through spies. They were skilled in administration and their affections had been tested. (By the king, so that they did not yield to nepotism and other relationships.) At the right time, the appropriate punishment was imposed, even on their own sons. They were devoted to accumulating the treasury and the army. They caused no violence to even men who were unfriendly, as long as they were blameless. They were brave and always full of enterprise, devoted to the science of governing. They were pure and always protected those who resided in the kingdom. In an attempt to fill up the treasury, they did not cause violence. After examining a man’s strengths and weaknesses, they imposed extremely stiff punishments. Pure and singleminded, all of them governed together. In the city or in the kingdom, there was no man who was a liar. There was no man who was wicked, addicted to another person’s wife. Everything in the kingdom was peaceful and the city was also like that. All the ministers were well-attired and well-decorated, excellent in conduct. For the sake of the king, their eyes of good policy were always open. They obtained their good qualities from their preceptors and were renowned for their valour. Because of their intelligence and decisions, they were famous in foreign countries too. Those ministers were devoted to providing advice that brought welfare.

As long as Rama ruled, there was no falsehood in the subjects and they were devoted to dharma. This was Treta Yuga, when dharma was more prevalent than in Kali Yuga. Rama ruled the kingdom for ten thousand years

After ‘Bala Kanda’, we continue to have intermittent references to Ayodhya. After all, there is a kanda known as ‘Ayodhya Kanda’ too. Rama enters Ayodhya and starts to rule towards the end of ‘Yuddha Kanda’. We have a description of Rama-rajya there. Rama sacrificed excellent horses at one hundred ashvamedha sacrifices and gave away copious quantities of dakshina. As long as Rama ruled the kingdom, no widows lamented. There was no fear from predatory beasts. There was no fear on account of disease. There were no bandits in the world. No one suffered from lack of riches. The aged did not have to perform funeral rites for the young. (That is, the young did not die before the old.) Everyone was cheerful. Everyone was devoted to dharma. They looked towards Rama and did not cause violence towards each other. As long as Rama ruled the kingdom, people were without disease and devoid of sorrow. They lived for one thousand years and had one thousand sons. The trees extended their trunks and always had flowers. They always had fruit. The rain showered down at the right time. The breeze had a pleasant touch. People were satisfied with their own tasks and performed their own duties. As long as Rama ruled, there was no falsehood in the subjects and they were devoted to dharma. (This was Treta Yuga, when dharma was more prevalent than in Kali Yuga.) Rama ruled the kingdom for ten thousand years.

Like many texts, the Valmiki Ramayana also ends in a somewhat tragic way. We have that in ‘Uttara Kanda’. (The critical edition excises large parts of ‘Uttara Kanda’.) In ‘Uttara Kanda’, we are told the Sarayu, with the sacred waters, flowed in a westward direction, half a yojana from Ayodhya. When it was time for Rama to leave the earth, he and his brothers went to the banks of the Sarayu. The citizens of Ayodhya, all of whom had followed Rama, went to the divine world of Santanika. Kusha ruled in Kushavati and Lava ruled in Shravati/Shravasti. Ayodhya was deserted.