End of the Whither India era 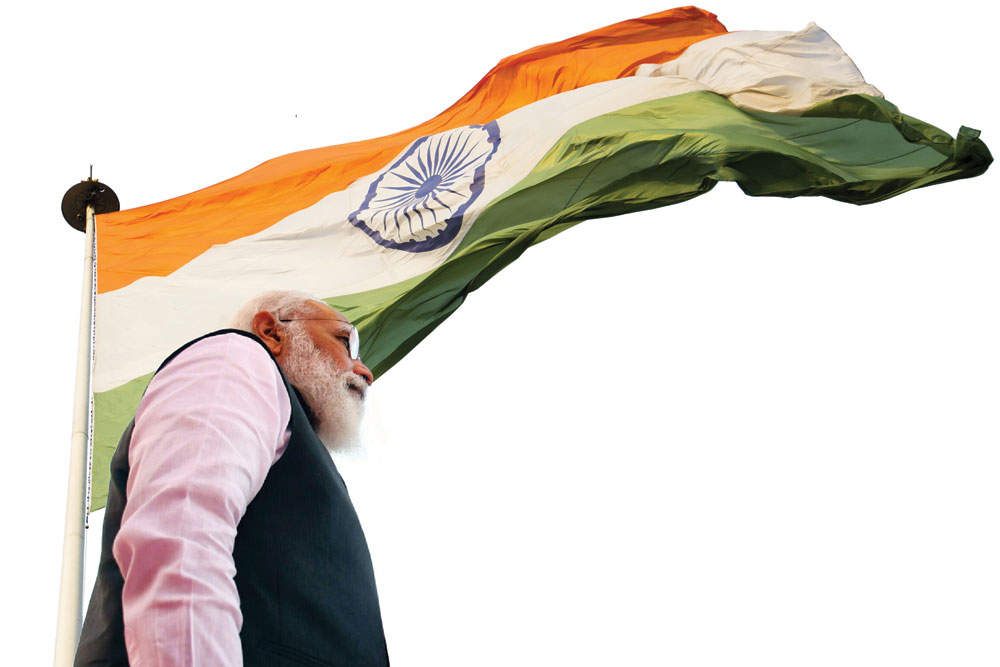 
IT HAS ALWAYS BEEN CUSTOMARY FOR newspapers and magazines to publish special issues on each of India’s two national days on January 26 and August 15. I vividly recall many of those supplements from my childhood days in the 1960s. They invariably had articles with headlines such as ‘Whither India’ and ‘Could Partition Have Been Avoided?’

The subjects were understandable. The newly independent Republic may not have had menacing secession­ist movements—except in Jammu and Kashmir and pockets of Northeast India—but the ability of the country to remain united once the politi­cal stranglehold of Congress crumbled after 1967 was always a nagging thought, especially once leftwing extremism became a feature. As for the barely two decades-old division of the country into India and Pakistan, the gaping wounds of dispossession were still fresh in the minds of too many people. Irredentism—a term that is now all but forgotten—still seemed a viable demand for political parties battling Congress perfidy.

To be fair, this gloominess didn’t disappear in the 1980s and 1990s. In 1997, India celebrated the Golden Jubilee of its Independence at a time when the ramshackle United Front coalition was in pow­er. The ‘celebrations’, such as they were, reflected the uncertainty of the times. Apart from Lata Mangeshkar singing Muhammad Iqbal’s ‘Sare Jahan se Achha’ in the Central Hall of Parliament around the midnight hour, there is very little of the commemoration that remains in mind. It was, as an evocative cover of India Today maga­zine put it, a case of 50:50. Yes, we had survived as a united country but it was a low second-class pass. More important, the idealism and hope that had defined the Mother India generation of the 1950s had totally dissipated. I recall writing a pessimistic article that was entitled, ‘Time to Grieve, Time to Leave’ where I mentioned Firdaus Kanga’s recollection that “leaving was an idea we grew up with.”

It is premature to pass any judgment on how a future generation—those in their teens and 20s now—will come to view this year’s Amrit Mahot­sav. Will they remember the fluttering of flags in every house and street corner and the appearance of the Tiranga in the social media accounts of no­tables? Will they remember the celebratory invo­cation of India as the emerging Vishwaguru and snigger at neighbouring states—many of which secured independence or were born around the same time—and thank God that in the lottery of life they had been born with an Indian passport? Will they recall the combination of sternness and flamboyance of Prime Minister Narendra Modi whose skills at event management are unrivalled?

What facets of the celebrations will be trans­ferred to posterity is negotiable. But what will remain etched in memory is that Amrit Mahotsav became an occasion to celebrate India’s transition from deep pessimism to soaring optimism. We haven’t as yet made the grade and just about occupy the corner seat at the global High Table. But there is a firm belief that India is on the cusp of moving to a seat at the head of the table. Antonio Gramsci’s observation of the “pessimism of the intellect” being overwhelmed by the “optimism of the will” has been showcased by Modi.

At 75, India has started believing in itself. We have left the Whither India era firmly behind.

Yet, this has not been a linear movement. There is an astound­ing level of self-confidence, particularly among middle-class, edu­cated Indians, something not witnessed since the first flush of independence. There is also a greater awareness of rights among those sections that can loosely be described as non-elite. The im­portance of equitable social representation in political decision-making has been recognised by nearly all political parties, but particularly the Bharatiya Janata Party (BJP) that has used an ex­panded social and geographical base to quite convincingly dispos­sess Congress as India’s No 1 political force. The social upheavals caused by language movements in the 1950s and reservations in the 1990s have more or less been left behind. Although politi­cal turbulence still exists—and can often happen in unexpected places—their overall impact remains limited and doesn’t threaten the fundamental integrity of India.

AS IMPORTANT AS THE REINFORCEMENT OF THE fundamental unity of India, the past 75 years have wit­nessed a definite improvement in the quality of life for the average Indian. The period of slow growth which ended with the market turn after 1991-92 led to the unleashing of the ‘animal spirits’ of entrepreneurship and ended the decades-old period of endemic shortages and shoddy consumer goods. The middle class came into its own and developed a deeper stake in the system.

With Narendra Modi’s advent in 2014, there were important radical shifts.

First, the rising tide of corruption began to be rolled back and with the use of technology, everyday life became easier for most Indians. The extent of relief this gave to people was colossal and its impact should not be underestimated. Most significantly, while the reach of the state wasn’t rolled back in any meaningful way, the notion of efficiency started finding its way into the culture of governance. With the quantum of grievances coming down, the Modi era saw the coming of age of the aspirational Indian.


Modi directed his energies to national capacity-building and positioning India as a global player of consequence. Additionally, there was a conscious move to inject a fierce sense of national pride and a bid to establish the authenticity of nationhood. The broad contours of the New India the prime minister aspires to create are visible but many of the details will depend on how politics shapes up in the coming years

Second, the Modi term witnessed the creation of a welfare archi­tecture whose effects were far-reaching. From pensions and farmer support subsidies to free cooking gas for the underprivileged and free rations that saw India coping with the Covid-19 lockdown with­out any riots, India appears to have created a fledgling welfare state whose scope is likely to increase with every passing year.

Finally, the election of Modi in 2014 marked the first time since the election of 1984 that a party was voted to power with a majority of its own, an outcome that was repeated in 2019. More to the point, the Modi era marked the end of a prolonged period of politically unstable governments. With his firm control over both the government and the party, India was in a position to look beyond immediate concerns and focus on the medium and long terms. For his part, Modi directed his energies to national capacity-building and positioning India as a global player of consequence. At a superficial level, Atmanirbhar Bharat may have seemed a return to protectionist policies. In practice, however, it involved leveraging India’s huge domestic market to effect transfers of tech­nology and scientific knowhow to India. Additionally, there was a conscious move to inject a fierce sense of national pride and a bid to establish the authenticity of nationhood. It was this aggressive bid to assert this nationalism that was at the heart of the political controversies surrounding the Modi government.

The New India that the prime minister aspires to create will be some time in the making. Its broad contours are visible but many of the details will depend on how politics shapes up in the coming years.

The drive for efficiency, sustainability and global presence has mainly been effected so far through a combination of executive overdrive and popular mobilisation. Missing in action or in the role of a laggard are some of the other institutions of democracy, such as the legislatures. The diminution of Parliament’s stature in public life has largely been self-inflicted but nevertheless real. Likewise, in the states, the legislative Assemblies have become a shadow of their already reduced selves. Coupled with the growing presidentialised nature of electoral contests, India is reaching a stage when the demand for a rejig of the Constitution may acquire momentum and prove irresistible. Between now and the time In­dia celebrates its centenary of political Independence, we may well witness the emergence of a more, fit-for-purpose Republic 2.0.